Finding that cuttlefish are capable of some of the facets that are thought to be fundamental to the evolution of human intelligence is an extreme example of convergent evolution. 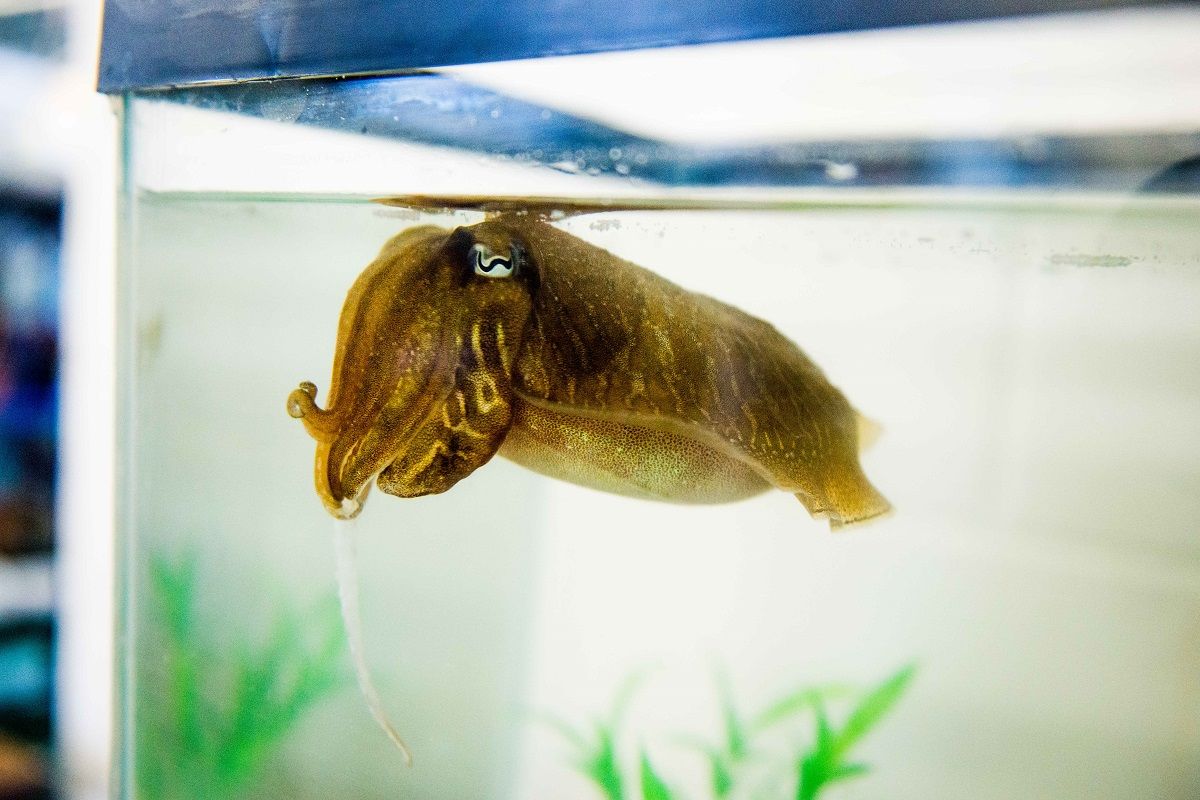 Image Via Courtesy of the Grass Foundation

This article about cuttlefish is republished here with permission from The Conversation. This content is shared here because the topic may interest Snopes readers; it does not, however, represent the work of Snopes fact-checkers or editors.

The ability to exert self-control varies across species. Rats, chickens, and pigeons find it difficult to resist food and can only delay gratification for a handful of seconds. Primates and brainy birds, meanwhile, can tolerate delays of up to several minutes to obtain food of higher quality or quantity.

My team, including colleagues Nicky Clayton and Roger Hanlon, decided to test the self-control of cuttlefish by adapting a famous psychology experiment used to test toddlers’ willpower. We found a significant capacity for self-control in cuttlefish, which is the first evidence of this cognitive ability in an invertebrate.

To test our cuttlefish, we adapted the Stanford marshmallow experiment, in which children are presented with a choice of taking an immediate reward – a single marshmallow – or waiting for the superior but delayed reward of two marshmallows. In human children aged between three and five years old, about half cave in and take the first marshmallow, and half wait to receive both marshmallows.

We presented cuttlefish with a similar dilemma. To test their willpower, our cuttlefish were presented with two desirable prey items, each contained within a separate Perspex chamber.

We tested a range of delays starting from ten seconds and increasing the delay by increments of ten seconds. All six cuttlefish waited for the better live shrimp and were able to tolerate delays up to 130 seconds, which is comparable to what we see in long-lived social species such as chimpanzees, crows and parrots.

Long-lived social species – species that live for many years and form social bonds – draw a number of obvious benefits from self-control. Temporarily denying their impulses could lead to a longer and better life. Resisting temptation so that they can help a social partner could strengthen social bonds that lead to reciprocated favours in the future.

The same rules don’t apply for cuttlefish. They’re not social, and they’re short-lived. The average cuttlefish lifespan is just two years. So why would a cuttlefish be a discerning eater, prepared to exert self-control?

Perhaps the answer lies in their eating habits. Cuttlefish stay motionless in camouflage for long periods to avoid detection from predators. This “sit-and-wait” behaviour is punctuated by brief bouts of foraging.

The need to optimise these foraging bouts might have influenced the evolutionary expression of self-control in cuttlefish, because individuals who wait for better-quality prey could forage more efficiently at the same time as limiting their exposure to predators.

The concept of “less is sometimes more” is not something that all animals can appreciate. Those that have learned to avoid temptation in the present to enjoy a better outcome in the future – like humans and chimpanzees – perform better in tests of general intelligence, too.

We decided to test the learning performance of our cuttlefish, an indicator of intelligence, in a separate reversal-learning task. We placed two markers that differed in colour in two random locations in their tank.

First, we had the cuttlefish associate one of the coloured markers with food, by rewarding them with food when they went to it. Then, we reversed the experiment. That meant the cuttlefish had to associate the other coloured marker with an edible reward. Cuttlefish that were quicker at learning both the first association and the reversed association were also better at resisting temptation in our marine marshmallow test.

A parallel with chimpanzees

These findings are the first demonstration of a link between self-control and learning performance outside of the primate lineage.

Finding that cuttlefish are capable of some of the facets that are thought to be fundamental to the evolution of human intelligence is an extreme example of convergent evolution, where animals with completely different evolutionary histories possess the same cognitive feature.

Finding cognitive similarities between such distantly related animals is an important piece of the evolutionary puzzle. It could bring us one step closer to pinpointing the origins of intelligence. And it gives me a newfound appreciation for Franklin, despite her insistence on drenching me each morning.