The Disney+ star was accused of amplifying conspiracy theories and anti-Semitic messages. 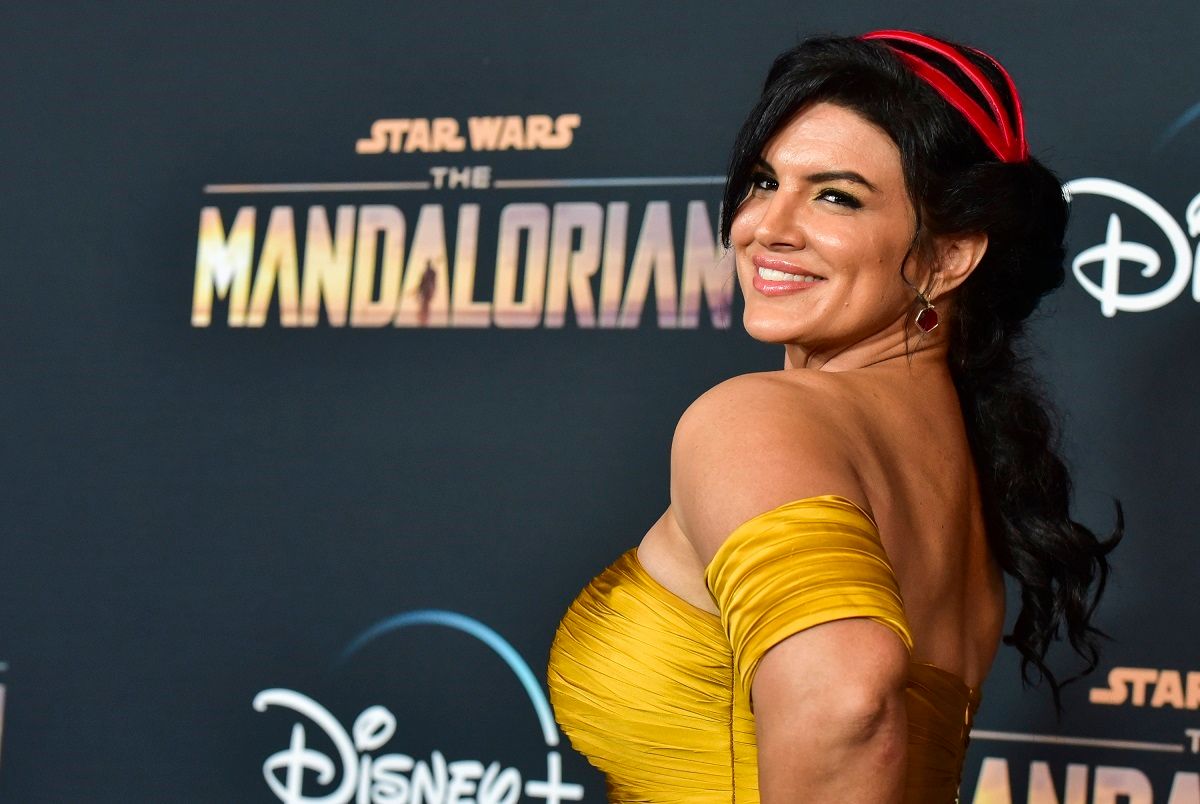 Former MMA fighter Gina Carano, best known for her portrayal of Cara Dune in the Disney+ Star Wars franchise television series "The Mandalorian," has once again become the subject of controversy over her social media posts.

Most particularly, many viewers took umbrage at Carano sharing to her Instagram story an item that likened the current polarized political climate in the U.S. to Nazi Germany. The post featured a photograph from the Lviv pogroms (consecutive massacres of Polish Jews in 1941) showing a terrified Jewish woman dressed only in her undergarments fleeing from pursuers armed with clubs. That image was accompanied with the following statement:

Jews were beaten in the streets, not by Nazi soldiers but by their neighbors ... even by children.

"Because history is edited, most people today don’t realize that to get to the point where Nazi soldiers could easily round up thousands of Jews, the government first made their own neighbors hate them simply for being Jews. How is that any different from hating someone for their political views.”

Other controversial posts were shared via Carano’s account as well, such as a photograph of a person whose head was covered with several cloth masks accompanied by the legend "Meanwhile in California," a post stating that "Expecting everyone you encounter to agree with every belief or view you hold is f—ing wild," and a third that invoked a prominent conspiracy theory in declaring "Jeff Epstein didn't kill himself."

Many Twitter users reacted to Carano's contentious posts by using the hashtag #FireGinaCarano and tagging accounts for Disney, Disney+, “Star Wars,” and Lucasfilm to demand that Carano be fired from the cast of “The Mandalorian.”

[Carano] previously shar[ed] misinformation about mask wearing and voter fraud. In November 2020, she made light of people including their preferred pronouns on social media by adding “beep/bop/boop” to her Twitter bio, which many fans called out as transphobic. Carano later removed the words after she said she spoke to her “Mandalorian” co-star Pedro Pascal. “He helped me understand why people were putting them in their bios. I didn’t know before but I do now. I won’t be putting them in my bio but good for all you who choose to. I stand against bullying, especially the most Vulnerable & [support] freedom to choose,” she wrote at the time.

Shortly after the controversy broke, reports began stating that Carano had been "fired" by Lucasfilms:

"Gina Carano is not currently employed by Lucasfilm and there are no plans for her to be in the future," a Lucasfilm spokesperson said in a statement. "Nevertheless, her social media posts denigrating people based on their cultural and religious identities are abhorrent and unacceptable."

This latter development led to the use of the #CancelDisneyPlus hashtag by conservative commenters who called on subscribers to terminate their Disney+ subscriptions in protest of Carano's "firing":

Previous Article
Next Article
Article 18 of 19 in Collection