Intentionally forgotten stories, or those buried out of shame or trauma, exist everywhere. 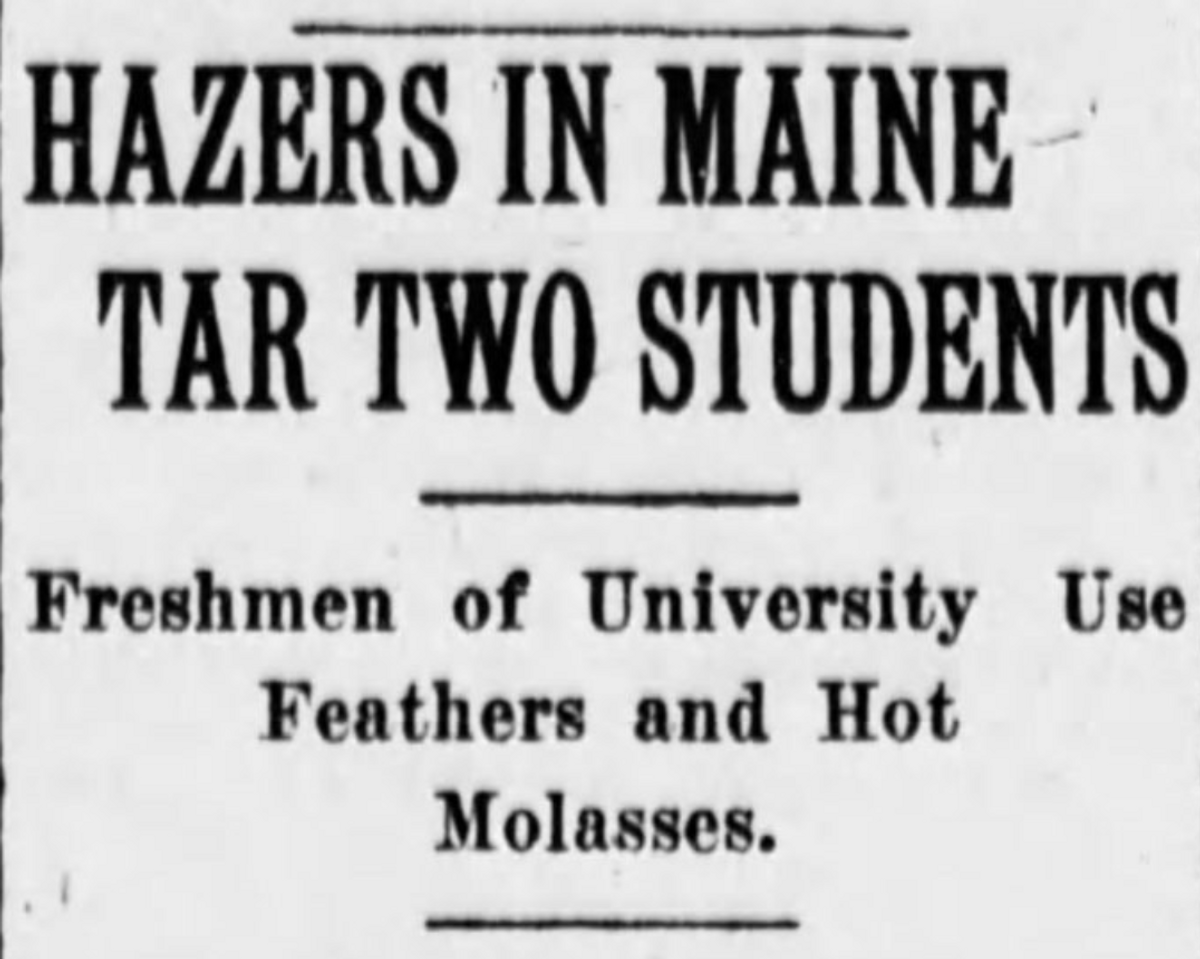 One cold April night in 1919, at around 2 a.m., a mob of 60 rowdy white students at the University of Maine surrounded the dorm room of Samuel and Roger Courtney in Hannibal Hamlin Hall. The mob planned to attack the two Black brothers from Boston in retaliation for what a newspaper article described at the time as their “domineering manner and ill temper.” The brothers were just two among what yearbooks show could not have been more than a dozen Black University of Maine students at the time.

While no first-person accounts or university records of the incident are known to remain, newspaper clippings and photographs from a former student’s scrapbook help fill in the details.

Although outnumbered, the Courtney brothers escaped. They knocked three freshmen attackers out cold in the process. Soon a mob of hundreds of students and community members formed to finish what the freshmen had started. The mob captured the brothers and led them about four miles back to campus with horse halters around their necks.

Before a growing crowd at the livestock-viewing pavilion, members of the mob held down Samuel and Roger as their heads were shaved and their bodies stripped naked in the near-freezing weather. They were forced to slop each other with hot molasses. The mob then covered them with feathers from their dorm room pillows. The victims and bystanders cried out for the mob to stop but to no avail. Local police, alerted hours earlier, arrived only after the incident ended. No arrests were made.

Incidents of tarring and feathering as a form of public torture can be found throughout American history, from colonial times onward. In nearby Ellsworth, Maine, a Know Nothing mob, seen by some as a forerunner to the KKK, tarred and feathered Jesuit priest Father John Bapst in 1851. Especially leading into World War I, this method of vigilantism continued to be used by the KKK and other groups against Black Americans, immigrants and labor organizers, especially in the South and West. As with the Courtney brothers incident, substitutions like molasses or milkweed were made based on what was readily available. Although rarely fatal, victims of tarring and feathering attacks were not only humiliated by being held down, shaved, stripped naked and covered in a boiled sticky substance and feathers, but their skin often became burned and blistered or peeled off when solvents were used to remove the remnants.

When I first discovered the Courtney brothers incident in the summer of 2020 – as Black Lives Matter protests took place worldwide following the May death of George Floyd – it felt monumental to me. Not only am I a historian at the university where this shameful event occurred, but I’ve also devoted the past five years to tracking down information about the Red Summer of 1919, the name given to the nationwide wave of violence against Black Americans that year.

University alumni records and yearbooks indicate the Courtney brothers never finished their studies. One article mentions possible legal action against the university, although I couldn’t find evidence of it. 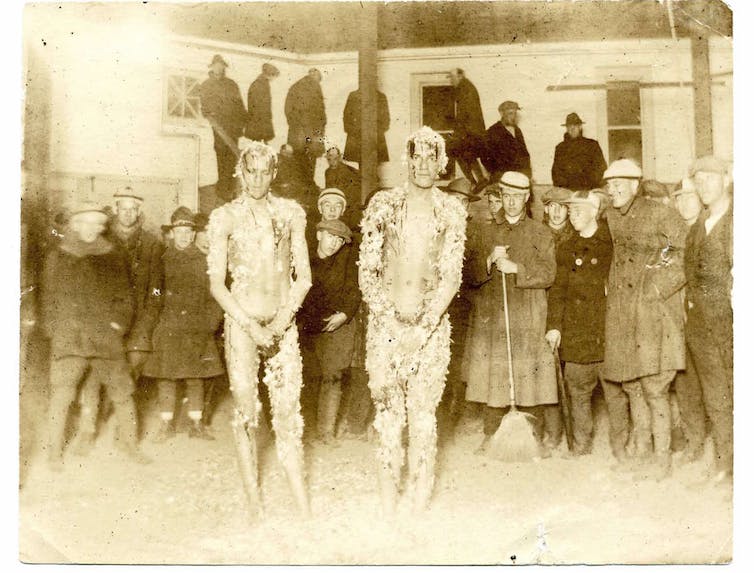 Local media like The Bangor Daily News and the campus newspaper reported nothing on the event. A search of databases populated with millions of pages of historic newspapers yielded just six news accounts of the Courtney brothers incident. Most were published in the greater Boston area where the family was prominent, or in the Black press. While most of white America was unaware of the attack, many Black Americans likely read about it in The Chicago Defender, the most prominent and widely distributed Black paper in the nation at the time.

Anyone with firsthand memory of the incident is long gone. Samuel passed away in 1929 with no descendants. Roger, who worked in real estate investment, died a year later, leaving a pregnant wife and toddler behind. Obituaries for both men are brief and provide no details about their deaths. My efforts to speak with Courtney family members are ongoing. 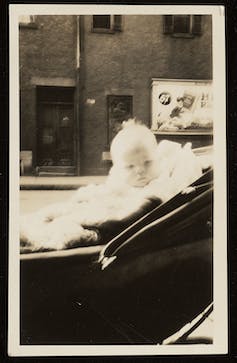 The tarring and feathering is also missing from official University of Maine histories. A brief statement from the university’s then-president, Robert J. Aley, claimed the event was nothing more than childish hazing that was “likely to happen any time, at any college, the gravity depending much upon the susceptibilities of the victim and the notoriety given it.” Rather than condemn the mob’s violence, his statement highlighted the fact that one of the brothers had previously violated unspecified campus rules, as if that justified the treatment the men received.

When I began my research on the Red Summer in 2015, almost no documents about the events were digitized, and resources were spread out across the country at dozens of different institutions.

I spent much of 2015 on a 7,500-mile cross-country journey, scouring material at over 20 archives, libraries and historical societies nationwide. On that trip, I collected digital copies of over 700 documents about this harrowing spike in anti-Black violence, including photographs of bodies on fire, reports of Black churches burned, court documents and coroners’ reports, telegrams documenting local government reactions and incendiary editorials that fueled the fire.

I built a database of riot dates and locations, number of people killed, sizes of mobs, number of arrests, supposed instigating factors and related archival material to piece together how these events were all connected. This data allowed me to create maps, timelines and other methods of examining that moment in history. While each event was different, many trends emerged, such as the role of labor and housing tension spurred by the first wave of the Great Migration or the prevalence of attacks against Black soldiers that year.

The end result, Visualizing the Red Summer, is now used in classrooms around the country. It has been featured or cited by Teaching Human Rights, the National Archives, History.com and the American Historical Association, among others.

Yet most Americans have still never heard about the Black sharecroppers killed in the Elaine Massacre in Arkansas that year for organizing their labor or the fatal stoning of Black Chicago teenager Eugene Williams for floating into “white waters” in Lake Michigan. They weren’t taught about the Black World War I soldiers attacked in Charleston, South Carolina, and Bisbee, Arizona, during the Red Summer.

There is still work to do, but the recent anniversaries of events like the Tulsa Massacre or the Red Summer, which coincided with modern-day Black Lives Matter protests and the killings of Americans like Breonna Taylor and George Floyd, have sparked a renewed interest in the past.

This new discovery brings my research back home to campus. It has afforded me an opportunity to engage students with the events of the Red Summer in new ways.

As the humanities specialist at the McGillicuddy Humanities Center, I worked with students in a public history class in the fall of 2020 to design a digital exhibit and walking tour of hidden histories at the University of Maine. This tour includes the attack on the Courtney brothers. Intentionally forgotten stories, or those buried out of shame or trauma, exist everywhere. By uncovering these local stories, it will become more clear how acts of violence against people of color are not limited to a particular time or place, but are rather part of collective American history.