What Does the Vice President Do?

The vice presidency has traditionally been a relatively insignificant position, though the office has become more influential in recent years. 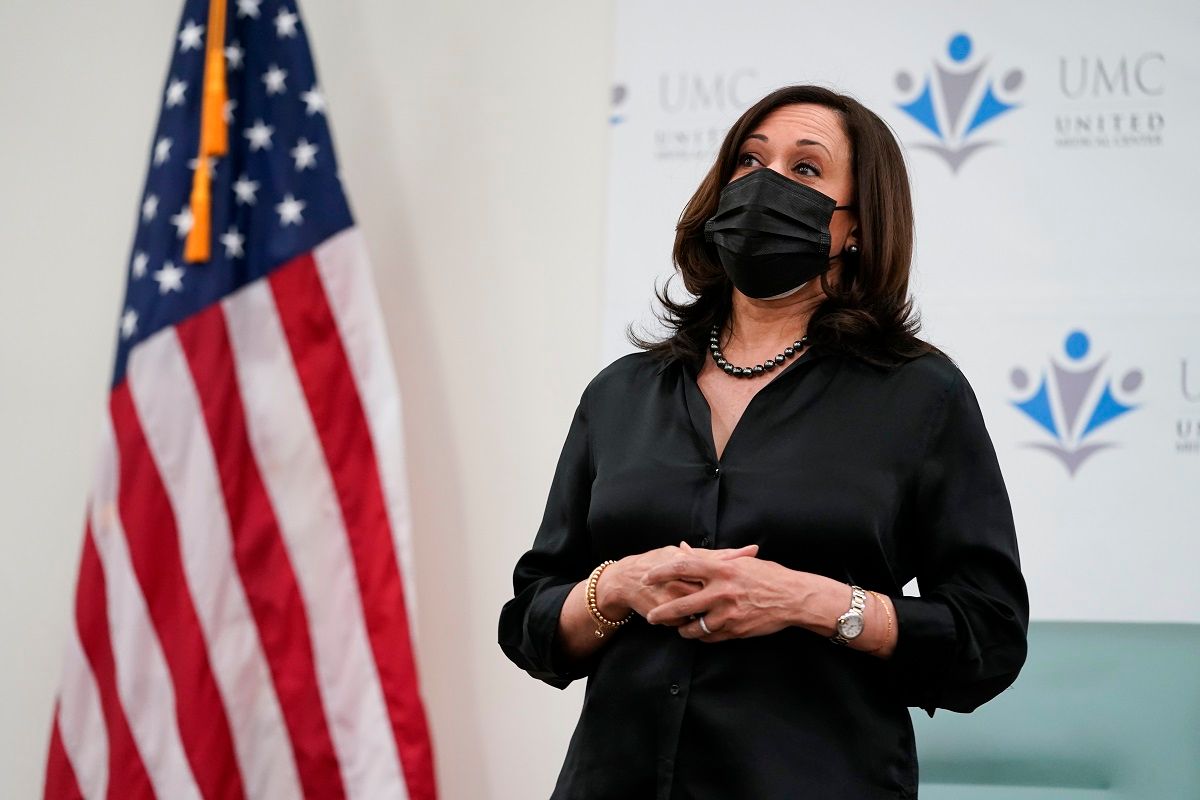 This article about the vice presidency is republished here with permission from The Conversation. This content is shared here because the topic may interest Snopes readers; it does not, however, represent the work of Snopes fact-checkers or editors.

Each of these achievements is significant in its own right. However, the vice presidency itself has traditionally been a relatively insignificant position, though the office has become more influential in recent years. 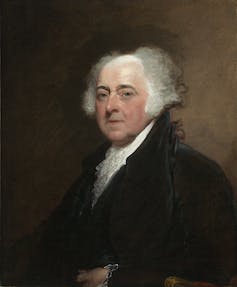 The ‘most insignificant’ office?

The role of vice president is only mentioned in the U.S. Constitution a handful of times. Article I, Section 3 says that the vice president “shall be President of the Senate but shall have no Vote” except in the event of a tie. Normally, ties are rare, but the vice president’s power to break them will likely become relevant to Harris as Democrats, and independents who caucus with Democrats, are expected to control only 50 of the 100 Senate seats.

The beginning of Article II, Section 1 explains how vice presidents are elected, which was later revised by the 12th Amendment. The end of that section states that presidential power “shall devolve on the Vice President” in the event of the president’s “Death, Resignation, or Inability to discharge the Powers and Duties of the said Office.” Finally, Article II, Section 4 states that vice presidents – like presidents – can be “removed from Office on Impeachment for, and Conviction of, Treason, Bribery, or other high Crimes and Misdemeanors.”

So, other than staying out of trouble to avoid impeachment and waiting around for the president to need a replacement, vice presidents are really obligated only to occasionally cast a tie-breaking vote. This means that the great majority of the time, vice presidents have no real job to do.

John Adams, the first U.S. vice president, once complained to his wife that the vice presidency was “the most insignificant Office that ever the Invention of Man contrived or his Imagination conceived.” However, not all have been upset about such inactivity. Woodrow Wilson’s vice president, Thomas Marshall, quipped after he retired: “I don’t want to work … [but] I wouldn’t mind being Vice President again.” 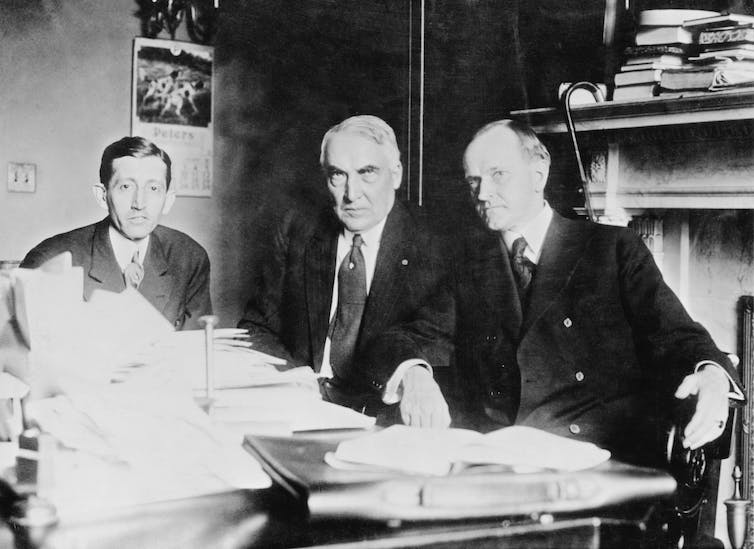 The evolution of the vice presidency

Wilson’s successor as president, Warren Harding, had unconventional views about the importance of the role of the vice president. He thought that “the vice president should be more than a mere substitute in waiting,” and he wished for his vice president, Calvin Coolidge, “to be a helpful part” of his administration. Coolidge later became the first vice president in history to attend Cabinet meetings on a regular basis.

In 1923, Harding died of a likely heart attack, and Coolidge succeeded him as president. “My experience in the Cabinet,” Coolidge later recalled, “was of supreme value to me when I became President.”

After Harding and Coolidge, many later presidents reverted back to the tradition of keeping vice presidents an arm’s length away, even on key matters. Franklin D. Roosevelt, for instance, kept the atomic bomb a secret from Vice President Harry S. Truman, who didn’t find out about it until Roosevelt’s death.

For the 1960 presidential election, two-term Vice President Richard Nixon faced off against John F. Kennedy. At one point during the campaign, reporters asked then-President Dwight D. Eisenhower: “Can you think of a major contribution that Nixon has made to your administration?” Eisenhower replied: “Well, if you give me a week I might think of one.” Nixon lost that election. 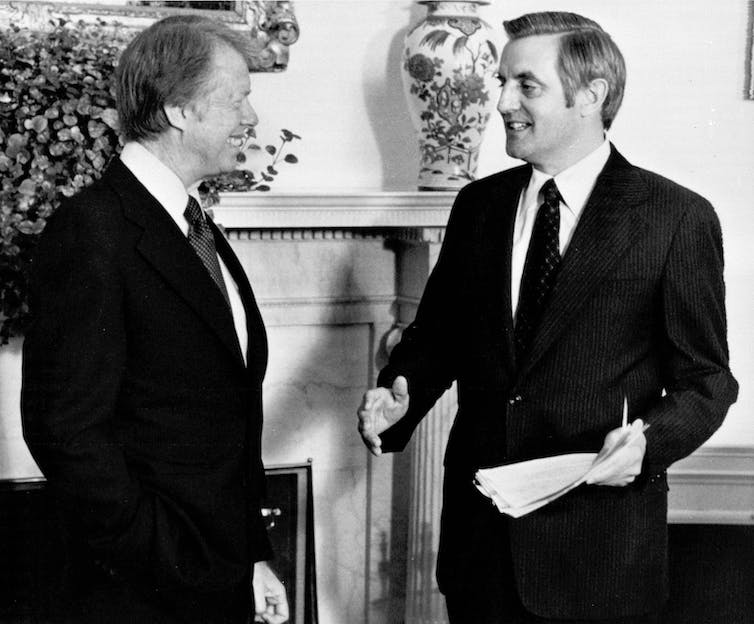 In 1976, Jimmy Carter picked Walter Mondale as his running mate. In a memo sent to Carter after winning the election, Mondale argued that “[t]he biggest single problem of our recent administrations has been the failure of the President to be exposed to independent analysis not conditioned by what it is thought he wants to hear or often what others want him to hear.” Mondale’s vision for the role of vice president was “to offer impartial advice” so that Carter wouldn’t be “shielded from points of view that [he] should hear.” Carter agreed and subsequently made Mondale an integral part of his inner circle.

Many vice presidents since Mondale have often offered points of view that didn’t align with that of the president. Bill Clinton and Al Gore, for instance, disagreed over the amount of power and influence entrusted to first lady Hillary Clinton; they also disagreed over the handling of the Monica Lewinsky scandal. George W. Bush and Dick Cheney disagreed, at times, over Iraq, as well as the use and nonuse of presidential pardons.

In contrast, Mike Pence has proved to be a loyal ally to a president who has a track record of being unwilling to listen to dissent.

In the wake of the Jan. 6 insurrection, Democrats and even a few Republicans called on Pence to remove Trump from office by invoking the 25th Amendment. Pence ultimately avoided taking such action. 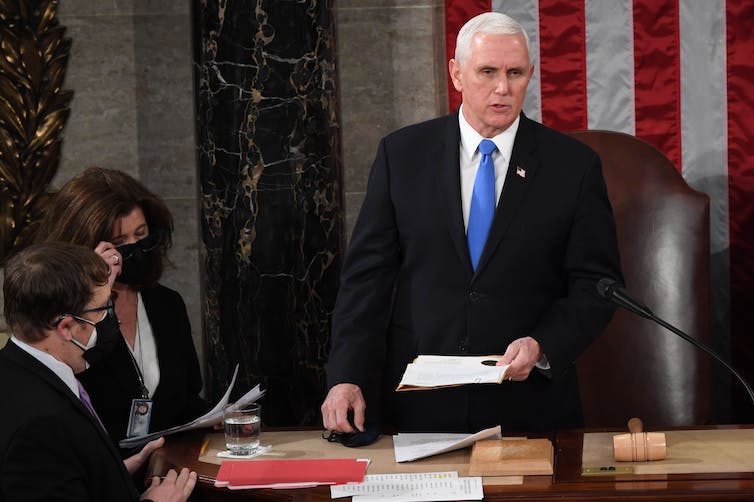 One key job of the vice president involves presiding over the process of counting Electoral College votes.
Saul Loeb/Pool/AFP via Getty Images

The ‘last voice in the room’

Following Mondale’s model, when Joe Biden agreed to be Barack Obama’s running mate, he said that he wanted to be the “last man in the room” whenever important decisions where being made so he could give Obama his unfiltered opinion.

When Biden picked Harris as his running mate, he said he “asked Kamala to be the last voice in the room,” to “[c]hallenge [his] assumptions if she disagrees,” and to “[a]sk the hard questions.”

As Harris begins her trailblazing term as a vice president of many firsts, she has an opportunity to either follow the past as a vice president who is largely ignored, to follow Pence as a deferential foot soldier, or to pick up Mondale’s mantle by making sure that the president isn’t shielded from points of view that he should hear.