Was It a Coup? No, But Siege on US Capitol Was the Election Violence of a Fragile Democracy 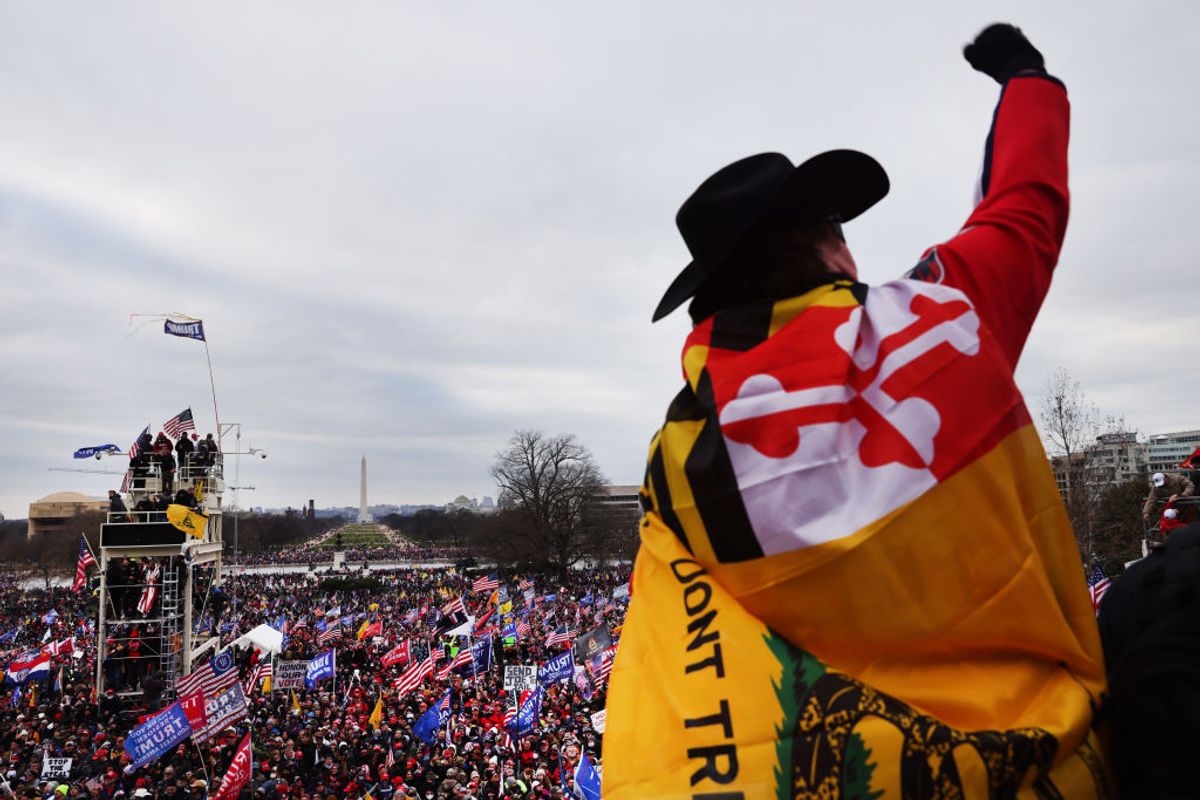 Did the United States just have a coup attempt?

Supporters of President Donald Trump, following his encouragement, stormed the U.S. Capitol building on Jan. 6, disrupting the certification of Joe Biden’s election victory. Waving Trump banners, hundreds of people broke through barricades and smashed windows to enter the building where Congress convenes. One rioter died and several police officers were hospitalized in the clash. Congress went on lockdown.

While violent and shocking, what happened on Jan. 6 wasn’t a coup.

What is a Coup?

While coups do not have a single definition, researchers who study them – like ourselves – agree on the key attributes of what academics call a “coup event.”

Coup experts Jonathan Powell and Clayton Thyne define a coup d’etat as “an overt attempt by the military or other elites within the state apparatus to unseat the sitting head of state using unconstitutional means.”

Essentially, three parameters are used to judge whether an insurrection is a coup event:

1) Are the perpetrators agents of the state, such as military officials or rogue governmental officials?

2) Is the target of the insurrection the chief executive of the government?

3) Do the plotters use illegal and unconstitutional methods to seize executive power?

A successful coup occurred in Egypt on July 3, 2013, when army chief Abdel Fattah al-Sisi forcefully removed the country’s unpopular president, Mohamed Morsi. Morsi, Egypt’s first democratically elected leader, had recently overseen the writing of a new constitution. Al-Sisi suspended that, too. This qualifies as a coup because al-Sisi seized power illegally and introduced his own rule of law in the ashes of the elected government.

In 2016, members of the Turkish military attempted to remove Turkey’s strongman president, Reçep Erdogan, from power. Soldiers seized key areas in Ankara, the capital, and Istanbul, including the Bosphorus Bridge and two airports. But the coup lacked coordination and widespread support, and it failed quickly after President Erdogan called on his supporters to confront the plotters. Erdogan remains in power today.

What Happened at the US Capitol?

The uprising at the Capitol building does not meet all three criteria of a coup.

Trump’s rioting supporters targeted a branch of executive authority – Congress – and they did so illegally, through trespassing and property destruction. Categories #2 and #3, check.

As for category #1, the rioters appeared to be civilians operating of their own volition, not state actors. President Trump did incite his followers to march on the Capitol building less than an hour before the crowd invaded the grounds, insisting the election had been stolen and saying “We will not take it anymore.” This comes after months of spreading unfounded electoral lies and conspiracies that created a perception of government malfeasance in the mind of many Trump supporters.

Whether the president’s motivation in inflaming the anger of his supporters was to assault Congress is not clear, and he tepidly told them to go home as the violence escalated. For now it seems the riot in Washington, D.C., was enacted without the approval, aid or active leadership of government actors like the military, police or sympathetic GOP officials.

By spreading conspiracy theories about election fraud, numerous Republican senators, including Josh Hawley and Ted Cruz, created the conditions for political violence in the United States, and specifically electoral-related violence.

Academics have documented that contentious political rhetoric fuels the risk of election-related violence. Elections are high-stakes; they represent a transfer of political power. When government officials demean and discredit democratic institutions as a simmering political conflict is underway, contested elections can trigger political violence and mob rule.

So What Did Happen?

The shocking events of Jan. 6 were political violence of the sort that too often mars elections in young or unstable democracies.

Bangladeshi elections suffer from perennial mob violence and political insurrections due to years of government violence and opposition anger. Its 2015 and 2018 elections looked more like war zones than democratic transitions.

In Cameroon, armed dissidents perpetrated violence in the 2020 election, targeting government buildings, opposition figures and innocent bystanders alike. Their aim was to delegitimize the vote in response to sectarian violence and government overreach.

The United States’ electoral violence differs in cause and context from that seen in Bangladesh and Cameroon, but the action was similar. The U.S. didn’t have a coup, but this Trump-encouraged insurrection is likely to send the country down a politically and socially turbulent road.