Trump Supporters Push Past Barricades as Chaos Erupts in DC

Encouraged by U.S. President Donald Trump, supporters gathered in a chaotic scene at the U.S. Capitol. 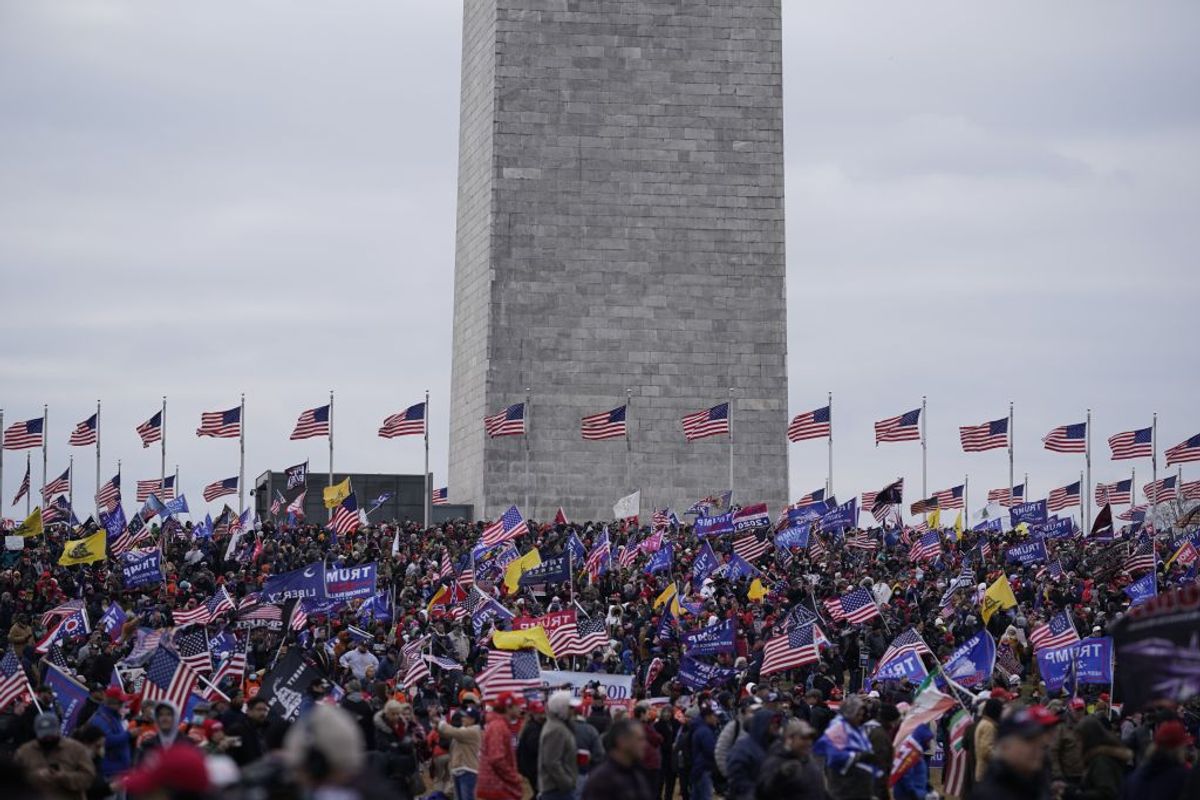 On Jan 6, 2021, members of the U.S. Senate and House of Representatives gathered at the U.S. Capitol to count electoral college votes and certify President-elect Joe Biden's presidential victory. As the lawmakers debated inside, hundreds of President Donald Trump's supporters gathered for a rally. While this rally started peacefully, around 2 p.m. EST videos started to circulate showing protesters fighting with police and pushing past barricades.

Rebecca Tan, a reporter with The Washington Post, posted a video that showed the crowd marching toward the capitol:

Philip Lewis, a reporter at the Huffington Post, posted two videos that showed altercations between Trump supporters and police. The second video shows someone attempting to tear down a barricade outside of the capitol:

Andrew Egger, a writer for the Dispatch, shared a photograph of Trump supporters standing on top of a tower outside the building after pushing passed a barrier:

The Hill reported that some areas of the capitol had been put on lockdown while other buildings were evacuated:

The U.S. Capitol Police on Wednesday locked down the Capitol building and evacuated multiple congressional buildings amid increasingly violent protests outside.

Buildings being evacuated included the Library of Congress's Madison Building across from the Capitol as well as the Cannon House office building. In an alert sent to Hill staffers, police ordered occupants of the Madison building to “move in a safe manner to the exists” and “close doors behind you but do not lock.”

Capitol police also told those in the Cannon House building to "take visitors, escape hoods, and Go Kits" and report to a tunnel connected to a nearby building.

Shortly after this crowd moved past the barricade, some people made it inside the capitol building. Here's a photograph from Huffington Post reporter Igor Bobic: