In his refusal to concede, Trump is pressuring VP Mike Pence and Republicans in Congress to delay or oppose certification. 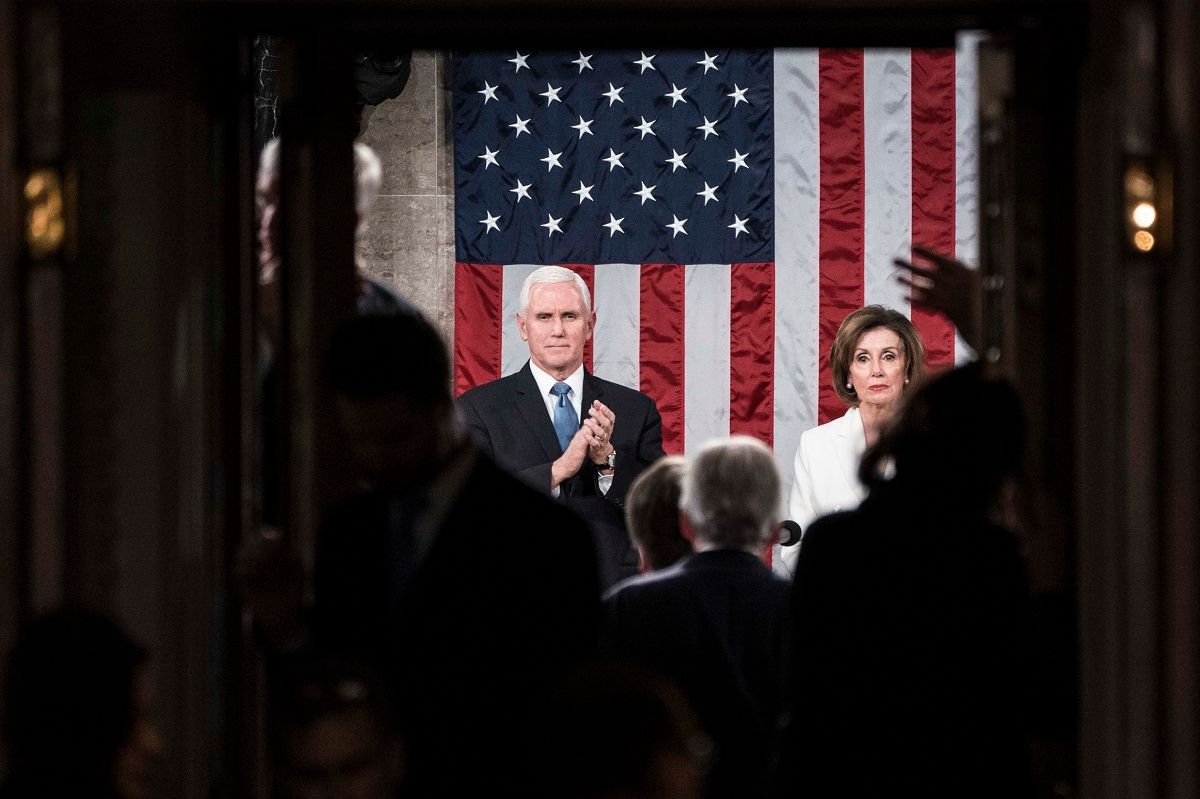 This article about the Electoral College is republished here with permission from The Conversation. This content is shared here because the topic may interest Snopes readers; it does not, however, represent the work of Snopes fact-checkers or editors.

On Jan. 6, the United States Congress will gather in a joint session to tally the votes of the Electoral College, which cast its ballots in state capitols last month. In his role as president of the Senate, Vice President Mike Pence is slated to officially announce Joe Biden as the country’s next president.

This formal certification process – the final step in the U.S. presidential election – is the latest target of President Donald Trump’s desperate, untenable and possibly criminal effort to overturn the 2020 results. In his refusal to concede, Trump is pressuring Pence and Republicans in Congress to delay or oppose certification.

Can they really subvert the Electoral College? The answer, both legally and politically, is no.

The congressional joint session on Jan. 6 is not a mere formality. The Electoral Count Act of 1887 requires Congress to convene and review – rather than simply rubber stamp – Electoral College results. 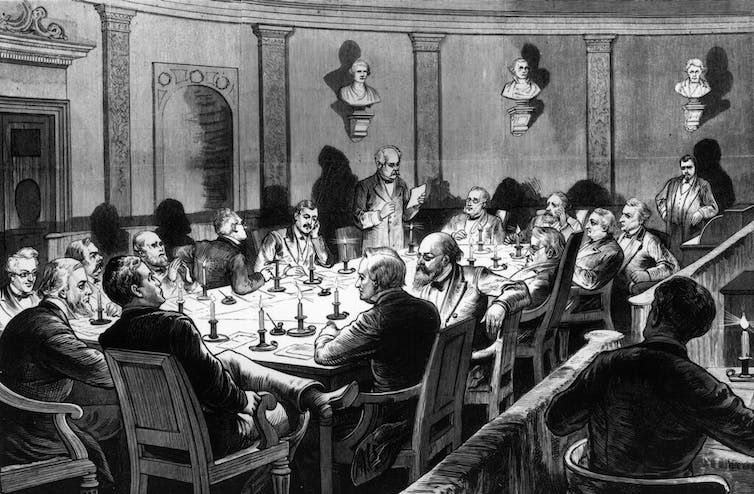 The Electoral Commission of 1877 holds a secret session by candlelight in Washington, D.C., to decide the 1876 presidential election.
From Frank Leslie's Illustrated Newspaper. Photo by MPI/Getty Images

The nominally bipartisan commission, comprising five senators, five House representatives and five Supreme Court justices, awarded the disputed electors to Hayes, allowing him to narrowly prevail in the Electoral College by 185 to 184 electoral votes. The proceedings left a cloud over Hayes, who got the sobriquet “Rutherfraud B. Hayes.”

Congress was chastened, too, by the prolonged electoral dispute. To minimize the likelihood that they would ever again decide the outcome of a presidential election, lawmakers in 1887 passed the Electoral Count Act.

It puts the onus for resolving electoral disputes on the states. As long as they do so, certifying their election results no later than six days before the Electoral College meets to cast its votes, then states will enjoy “safe harbor” protection. That means their results will be considered “conclusive” when Congress convenes to certify the vote on Jan. 6.

In 2020, every state certified its election results before the Dec. 8 “safe harbor” deadline. Joe Biden won 306 electoral votes, surpassing the 270 votes needed to become president-elect, and Donald Trump won 232. Congress is legally obliged to defer to those state decisions.

Even conclusive results can be challenged, though.

To overturn an election result, Congress would have to disqualify enough electoral votes to deprive one candidate of the 270 votes needed to win. The House would then choose the next president based on an unusual voting system specified in Article II of the Constitution.

Challenges have happened before, albeit rarely, but an election result has never been overturned.

On Jan. 6, 2005, Democratic Sen. Barbara Boxer joined a few House Democrats challenging George W. Bush’s win in Ohio due to voting irregularities. Boxer stated that her objection was meant to highlight “significant disenfranchisement of voters” in Ohio. Neither she nor John Kerry, the Democratic presidential candidate, challenged the 2004 election’s outcome.

Both chambers of Congress rejected the challenge. 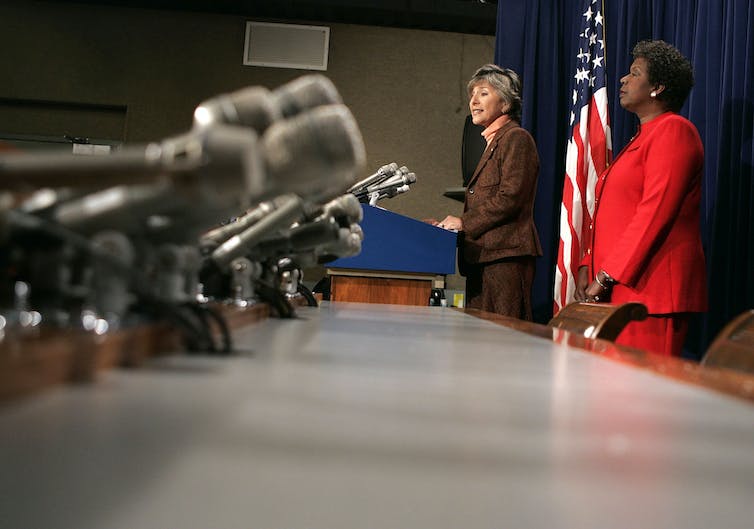 On Jan. 6, at least a dozen Republicans in Congress say they will oppose the results in Georgia, Pennsylvania, Arizona and Michigan over discredited concerns of election fraud in an attempt to swing 63 electoral votes from Biden to Trump. There is no chance Democrats, who control the House of Representatives, will vote to uphold this challenge.

Unless he recuses himself and hands the job over the Senate president pro tempore – as Vice President Hubert Humphrey did in January 1969 – Pence will have the ceremonial but politically consequential role of presiding over a contested certification.

After the sealed certificates of vote from the 50 U.S. states and Washington, D.C., are brought into the joint session in ceremonial mahogany boxes, the vice president opens the 51 envelopes one at a time and hands them to the designated “tellers.” As the tellers announce each state’s results aloud and record the votes for tabulation, the vice president “calls for objections, if any.”

If Republicans object, a vote follows in both chambers of Congress. When the challengers cannot gain the necessary support, Pence should declare Biden president-elect.

Pence is constitutionally bound to perform this duty, but Trump says confirming Biden’s win would be a betrayal.

An American president orchestrating an attempt to reverse an election – with at least a dozen senators falling in step – does profound harm to democracy, which hinges on the peaceful transfer of power. Republicans, and most visibly Mike Pence, face a choice between fidelity to the Constitution and fidelity to Trump.