Fox News, Donald Trump’s Cheerleaders and the Journalists Who Challenged His Narrative

The relationship between the current US president and Fox News has been close since Trump declared his candidacy in 2015. 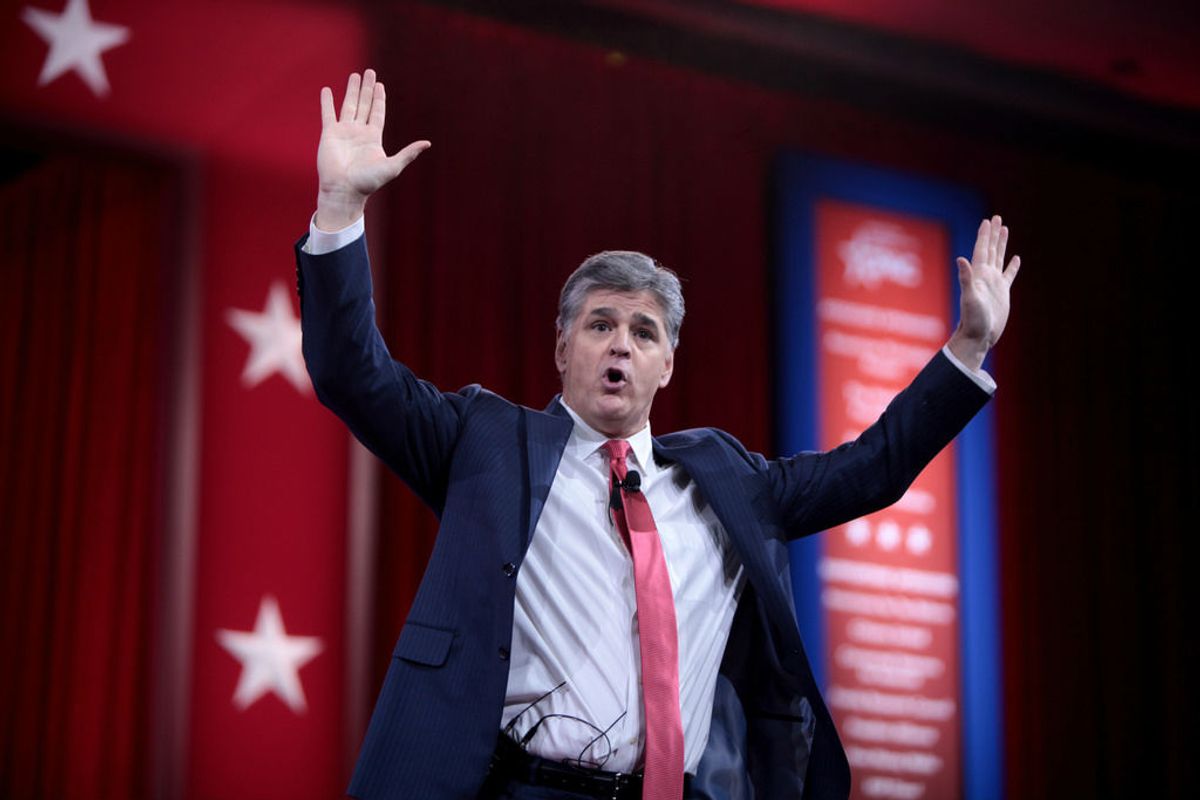 Rupert Murdoch is famous for always wanting to back a winner. So, amid the frenzied atmosphere of the vote count, when his Fox News network started to refer to Donald Trump’s “unfounded fraud claims” with regard to the election, it was clear his chances of retaining the presidency were diminishing by the minute.

The network doubled down on this more recently when presenter Neil Cavuto cut away from a statement by White House press secretary Kayleigh McEnany, exclaiming: “Whoa, whoa, whoa – I just think we have to be very clear. She’s charging the other side as welcoming fraud and welcoming illegal voting. Unless she has more details to back that up, I can’t in good countenance continue to show you this.”

While Fox has been deeply associated with, and helpful to, the 45th US president, this appeared to signal a change of tune. Yet, it seems unlikely that the apparent passion of many of Fox’s most senior presenters for the Trump project will vanish overnight. And the network retains a massive reach, particularly among Trump’s base.

In October, Fox reported that it made history as the “most-watched basic cable network” for 52 straight weeks, with Tucker Carlson Tonight achieving the highest-rating monthly viewership of any program in the history of cable news with an average of 5.4 million viewers per night. Sean Hannity’s opinion show, meanwhile, averaged 5.1 million viewers per night during this same period.

Despite Fox’s recognition that Trump’s claims were unfounded, Republican senators have appeared on Fox and Friends, Fox’s daily morning news program, in the aftermath of the election stating that Democrats were trying to steal the election and spreading specious claims regarding the integrity of the electoral process in swing states.

Carlson meanwhile, alleged – without citing any evidence – that “the outcome of our presidential election was seized from the hands of voters” and that “many Americans will never again accept the results of a presidential election”. “What Democrats really want is total control over everything. No more democracy.” Hannity, meanwhile, proclaimed – also without any evidence – that “every American should be angry, outraged and worried and concerned about what happened in the election and the lead up to the election”.

These blatant efforts to undermine the public’s faith in the electoral process are seen by some as part of a broader and longstanding effort by Trump to disseminate false narratives and misinformation to the American public. This includes repeated assertions that mail-in voting is plagued by fraud (there is no evidence of this) and that Democrats intended to “steal” the election. There has been no evidence of that either.

The relationship between the current US president and Fox News has been close since Trump declared his candidacy in 2015. According to a review by Media Matters, Trump tweeted in response to Fox News or Fox Business programs at least 1,146 times over the two years from September 2018 to August 2020 – 7.5% of all his tweets during that period.

Throughout this presidency, Trump has appeared regularly on Fox News shows and rarely on other media outlets. Hannity even appeared alongside Trump at a Republican rally before the midterm elections rally in 2018.

So, despite a Federal Court judge asserting last year that Fox’s lawyer had successfully argued that any reasonable viewer “arrive[s] with an appropriate amount of skepticism” about any comments Carlson makes, Fox News presenters and their opinions carry a great deal of weight with millions of Americans. Yet, despite exceptions – such as news anchor Chris Wallace – the more comment-led side of Fox News in particular has at times seemed like an extension of the White House communications team.

Perhaps the most troubling aspect of the relationship between Trump and Fox News has been the way it undercuts some of the most basic assumptions of the First Amendment – including that the press should and will serve as an important restraint on government, that it provides a vital source of public information, and that an informed public is the essence of a working democracy. The Supreme Court holds that an “informed public opinion is the most potent of all restraints upon misgovernment” – and regards any abridgement of a free press with grave concern.

Trump himself has had a curious attitude to free speech, relishing his right to use Fox News – as well as his Twitter feed and other social media outlets as a bully pulpit, while regularly using the network to denounce other media outlets.

This extends to the coronavirus pandemic, in which parts of the network have served as platform for Trump to spread misinformation regarding the dangers posed by a virus that has killed more than 230,000 Americans. Some of its coverage has even come in for criticism from Anthony Fauci, director of the National Institute of Allergy and Infectious Diseases, who has advised six US presidents. This may even have helped create a less informed public – the very antithesis of the First Amendment’s vision of an “informed populace”. A 2012 study found that Fox News viewers were less informed even than those who watched no news at all.

Misinforming, or not taking enough care properly to inform the public, undermines the objective of press freedom and represents a disturbing subversion of First Amendment principles.

That parts of Fox News have been willing to challenge Trump in recent days may provide hope that, in a moment of existential importance for the country, some journalists at the network are taking their First Amendment obligations seriously.