The Complicated Origin of the Expression ‘Peanut Gallery’

“No comments from the peanut gallery!” For many Americans who were born in the 1940s or 1950s, this phrase conjures up fond memories of the “Howdy Doody” show. 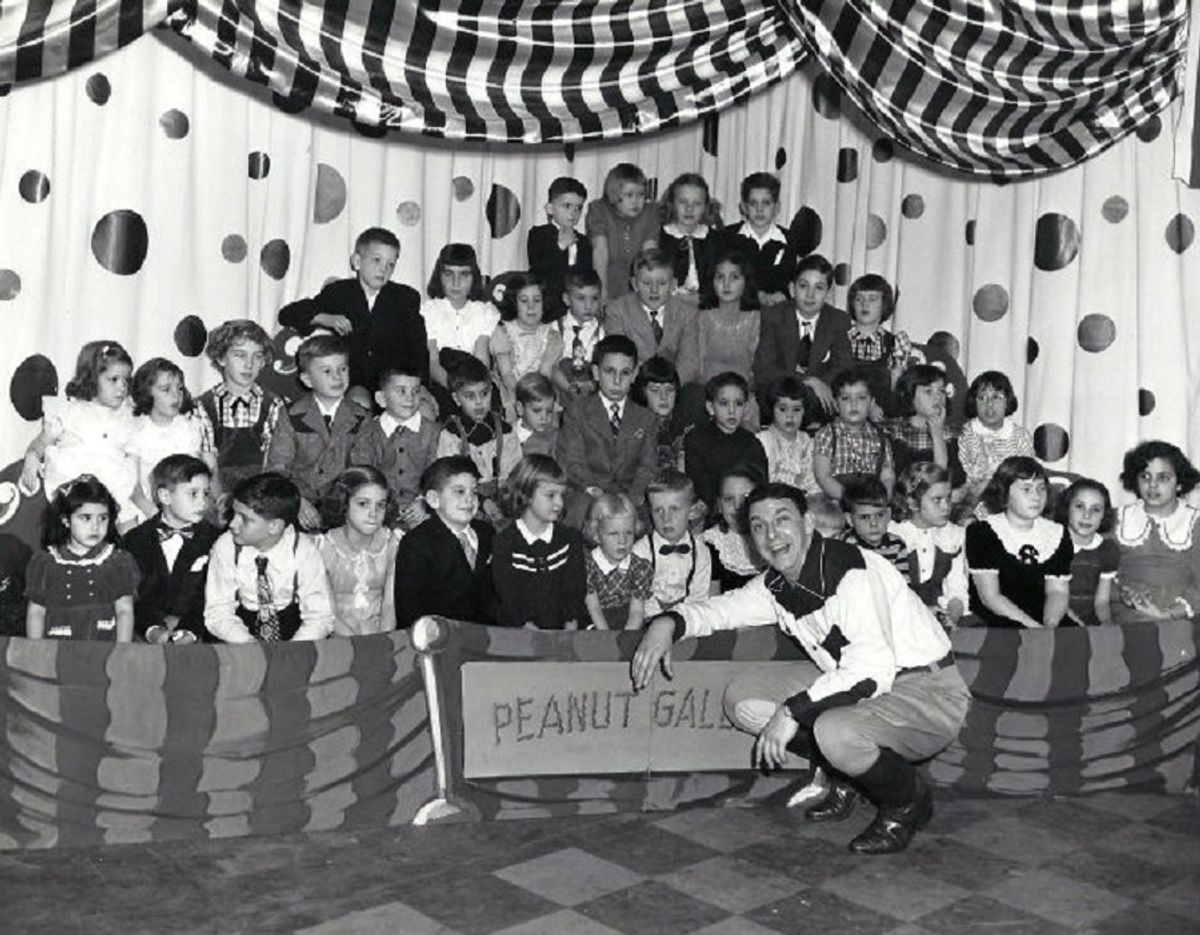 Image Via NBC Television via wikimedia.org

“No comments from the peanut gallery!” For many Americans who were born in the 1940s or 1950s, this phrase conjures up fond memories of the “Howdy Doody” show. It launched in 1947 as one of the first children’s television programs.

On that show, Buffalo Bob Smith – the host – his marionette sidekick, Howdy Doody, and Clarabell the clown entertained children who sat in bleachers onstage. Each episode opened with the kids singing the “It’s Howdy Doody Time” theme song and were then filmed reacting to the performers’ antics. Buffalo Bob referred to them as the “peanut gallery,” but the term didn’t originate with his show.

In fact, “peanut gallery” predates Howdy Doody by at least 80 years. Its first reference dates to an 1867 review of a vaudeville show published in the New Orleans Times-Picayune – and the term has a surprisingly controversial history.

Vaudeville came to North America from France. You could find almost any kind of act at a vaudeville show. On a given evening, spectators might be entertained by a comedian, acrobat, juggler, ventriloquist, magician or trained animal acts. Music and song-and-dance acts were mainstays. The lineup sometimes included burlesque acts, one-act plays or movies.

These traveling shows toured cities and towns from the early 1880s through the early 1930s. They were especially popular among the working class and recent immigrants who sometimes made up a majority of the audience.

Just like Broadway shows or concerts today, ticket prices varied, according to the location of the seats, with the most expensive up front. Those who sat in the most inexpensive seats in the back had a habit of throwing concession snacks at any performers who displeased them.

Since peanuts were the cheapest snack, they were the projectiles of choice for hecklers. Untalented – or unlucky – entertainers were pelted from the back of the theater – a section that became known as the “peanut gallery.”

Vaudeville fell into decline with the rise of motion pictures and lower-priced entertainment. But the phrase “peanut gallery” was given a new lease on life – and was cemented into the lexicon – with its use on “Howdy Doody.”

The term lives on, with a few meanings. One refers to any noisy or disorderly group of spectators. Another is a racial slur. During vaudeville’s heyday, the cheapest seats were usually high up in a balcony, a section often reserved for Black patrons. As a result, “peanut gallery” is now among a long list of terms becoming socially unacceptable because of apparently racist origins.

But since those seats were also occupied by poorer people and immigrants, there is some debate over whether the expression was racially motivated or was a more general derogatory term for less affluent people.

“Peanut gallery” is just one of many phrases whose problematic origins have become obscured, in this case by smiling, excited children laughing at a cowboy puppet. It’s more common for terms to acquire an unsavory connotation over time.

Many terms fall out of fashion as cultural sensitivities shift. For example, just a century ago, “imbecile” and “moron” were considered scientific terms describing mental development – and are now considered offensive.

The passage of time can obscure a term’s problematic origins or illuminate facts about a widely used and seemingly innocent term. As with “the peanut gallery,” an awareness of a term’s history can be essential to avoid giving offense.