Please remember to check your facts before piling on to the social media hate fest. 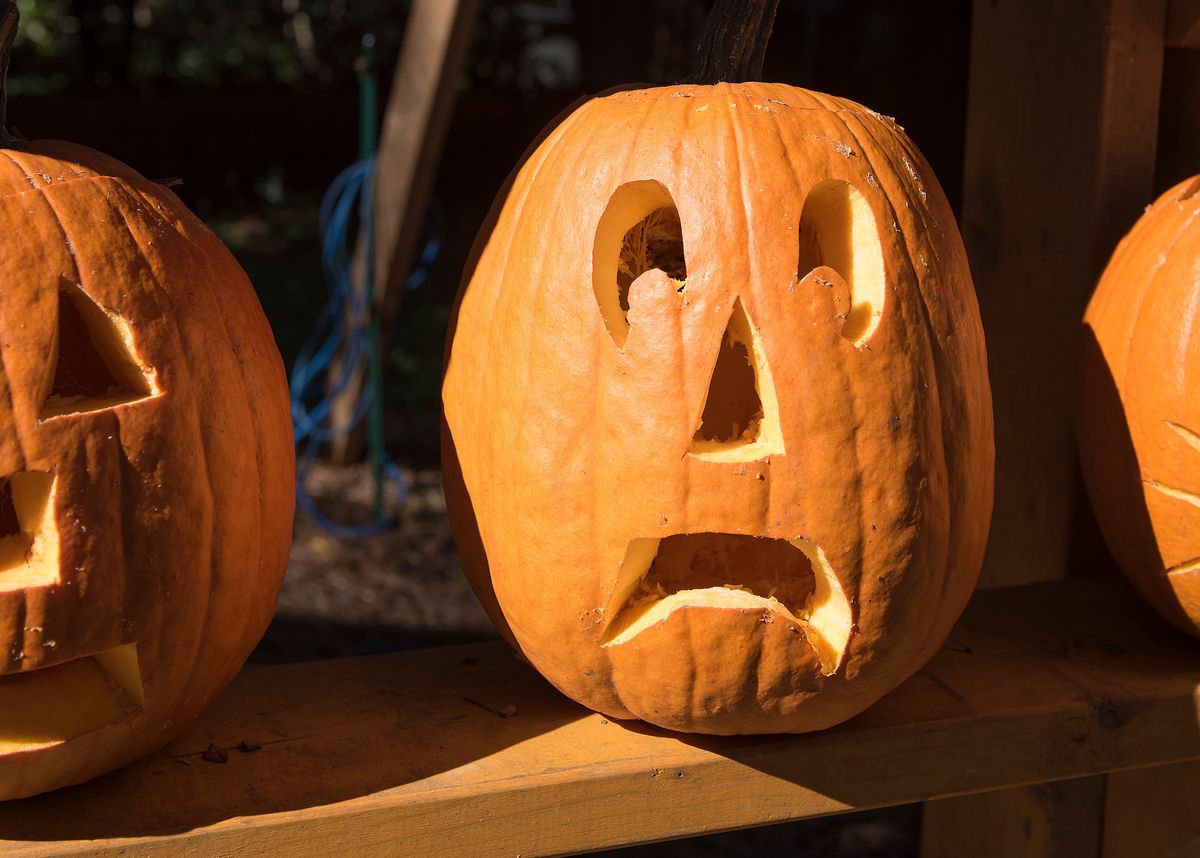 It was a seemingly innocuous Facebook post, devoid of politics or any of the toxicity that characterizes social media culture lately.

"Did you know if you give your pumpkins a bleach bath (1 part bleach to 10 parts water) they will last much longer into the season?" wrote Nancy Lucchesi in the Sept. 26, 2020, post. "It kills all of the mold and fungus that causes them to rot. Happy fall!"

A post about Halloween decor may seem like something everyone can agree on, but no. Enter the trolls.

"It was just an innocent post, I meant nothing by it," Lucchessi, an entrepreneur who runs an online home decor business, told us by phone. "I didn’t think this was going to blow up like this."

Suddenly Lucchesi was getting inundated with hundreds of hateful messages and posts from strangers, accusing her of posting information that could harm wildlife in the event that critters ate the bleach-treated pumpkins. As of this writing, the post has been shared 200,000 times and has 15,000 comments.

"The names they were calling me," Lucchesi said. "One of them called me white trash, and she was white!"

In a relatively polite version of the feedback Lucchesi received, one person stated that "bleaching pumpkins or any kind of fruit and leaving it outside is a deadly trap to animals."

Is Bleaching a Carved Pumpkin a Death Trap for Wildlife?

To be clear, this is not true. Once bleach is exposed to the elements, it converts to salt.

As Marshall Brain, the "How Stuff Works" columnist for The Seattle Times writes, chlorine bleach is the chemical NaOCl — sodium hypochlorite. The molecule is very similar to that of table salt — NaCl — and when left out, converts to salt.

The brand Clorox advertised in 2015 that household bleach can be used for the same purpose Lucchesi recommended.

"Don’t worry about bleach hurting squirrels or other curious critters who might take a nibble of your treated pumpkin," the Clorox blog post says. "During normal household use, bleach breaks down primarily into salt and water."

The solution Clorox recommends is more diluted than the one Lucchesi posted — three teaspoons of bleach to three gallons of water.

We asked experts from the American Chemical Society to confirm whether household bleach, when left on a carved porch pumpkin, will harm wildlife.

Richard Sachleben, an organic chemist and ACS member, said in an email that so long as people "don't dump a large quantity of bleach into the environment," using a bleach diluted with water to treat a pumpkin shouldn't harm wildlife.

"It will kill bacteria on the pumpkin, which is how bleach treatment extends the life of the pumpkin," he said in an email.

Chris Reddy, the Stanley W. Watson Chair in Oceanography for Woods Hole Oceanographic Institution, said his concern with the Facebook post wasn't about wildlife, but was for the safety of humans applying the bleach treatment.

Bleach is a powerful chemical, and as an example of its potential for harm, it produces a gas that can make people sick when mixed with ammonia, Reddy said.

Reddy added he was concerned that people who read the post could misinterpret it or put their own spin on it, producing harmful results.

"I would go right back to Clorox's recommendation and follow that to the letter," Reddy said, adding that any members of the public who use bleach need to do so safely, which includes ensuring it doesn't get on your skin, in your eyes, and doing it in a safe location.

Reddy added that for peace of mind in regards to wildlife safety, pumpkin carvers can always rinse their jack-o-lanterns off in water to make sure that no bleach is left behind before putting them on their porches.

Lucchesi told us that instead of deleting the post and retreating, she chose to stand her ground on Facebook. Her post has been edited to reflect that and now includes a screen shot of a vulgar message she received in response to it.

"I WILL NOT edit MY post to what you want ME to say, YOU do not control ME. You do not like it carry on, keep moving," Lucchesi wrote, imploring trolls to "find something nice to do" instead of flooding her with hate over a pumpkin post.

Lucchesi isn't the first private citizen to be turned into a target for trolls at large, and probably won't be the last. The explanation is a phenomenon that has become all too familiar in an era of social media pile-ons.

"It's called the 'behind-the-screen' phenomenon," said Larry Rosen, a psychology professor at California State University Dominguez Hills. "Once you’re behind a screen, you feel anonymous, even if you’re not. Once you feel anonymous, it lets your ego free. You can and do say anything you want to, which is why cyberbullying has become such a major problem."

Rosen, who recounted that he himself was once the victim of aggressive cyberbullying, said the best way to deal with it is to delete comments, block people if needed, consider making accounts private — but most of all, don't read the comments, because "it will just upset you, and they (the trolls) win."

He also recommended that victims of the bullying reach out to their core group supporters, like close friends and family, and get positive reinforcement.

"Make it so that you’re asking them for support and explain that this has hurt your feelings," Rosen said. "You don’t get over this easily, you just don’t."