U.S. President Donald Trump promoted the baseless smear — and the anonymous account behind it — to his nearly 86 million followers. 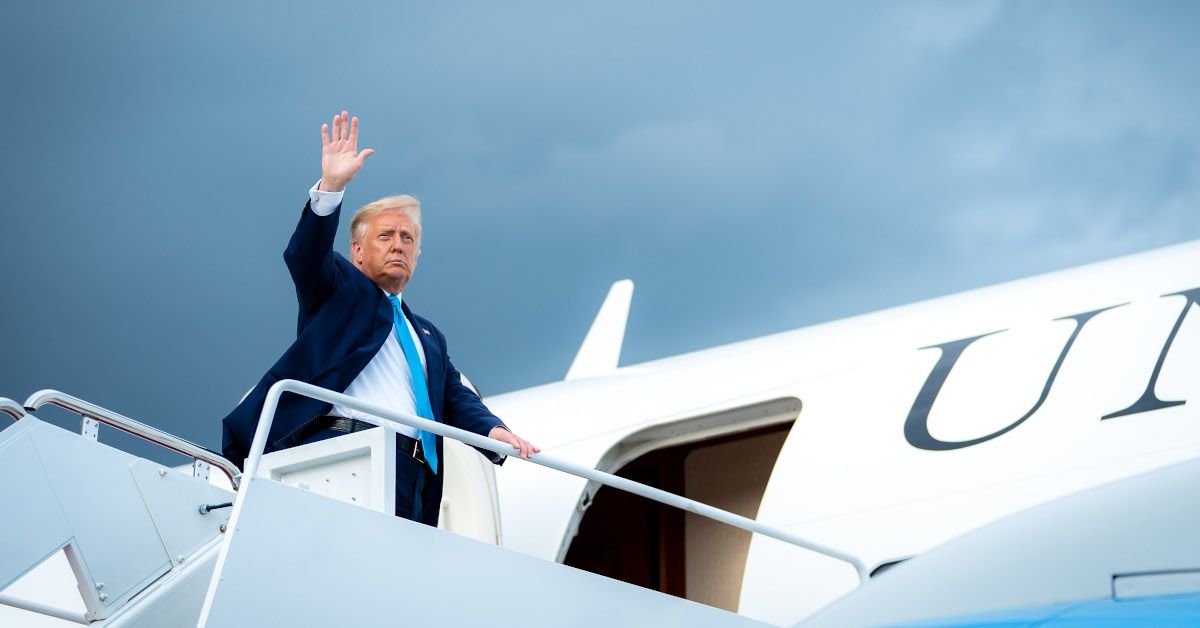 U.S. President Donald Trump entered alarming new rhetorical territory in the battle for the White House on Sept. 15, 2020, promoting a tweet that labeled his Democratic opponent, Joe Biden, a pedophile. The remarkable attack took place when Trump retweeted an earlier post by @ConservUSA38, which contained the hashtag #PedoBiden, along with a short video of Biden standing close to a woman, placing his hands on her shoulders, and leaning his face into the back of her head: In recent years, those images have been used by critics of Biden, and supporters of Trump, as purported proof that the former vice president has a history of inappropriately touching strangers — especially women. The video was taken from the February 2015 swearing-in ceremony of Ash Carter as U.S. Secretary of Defense.

The woman shown in the video with Biden is Stephanie Carter, wife of the incoming defense secretary. In 2019, she firmly rejected efforts to present that moment as evidence of impropriety on the part of Biden, whom she said was acting as "a close friend helping someone get through a big day, for which I will always be grateful." She wrote that:

"By the time then-Vice President Biden had arrived [at the ceremony], he could sense I was uncharacteristically nervous and quickly gave me a hug. After the swearing in, as Ash was giving remarks, he leaned in to tell me, 'Thank you for letting him do this' and kept his hands on my shoulders as a means of offering his support."

No credible evidence exists that Biden has ever even been formally accused of any sexual impropriety with a child. As well containing a baseless smear, the tweet made little sense because the woman shown in the video was clearly an adult, and has herself publicly articulated her gratitude to Biden for what she unambiguously characterized as a welcome gesture of support from a close friend.

None of that prevented Trump from promoting the tweet, and the account behind it, to his nearly 86 million followers. Several hours after Snopes first recorded the president's promotion of the post, it remained on his Twitter feed, and in that time, the tweet had garnered several thousand additional retweets and likes.

The person behind @ConservUSA38, an account that currently bears the name Conservative Girl, has not made his/her name public, and it was not immediately possible to identify the person. The poster claims to be a woman living in New Hampshire, who has in the past lived in Salem, Massachusetts, and Florida, and a former preschool teacher who is currently a caregiver for their elderly parents. We have not yet been able to verify the authenticity of those biographical details.

In the past, @ConservUSA38 has used two separate profile photographs, both of which are different from the one currently used. Such activity can sometimes indicate that a Twitter account is inauthentic, but we have not yet found definitive proof of that in this instance. A review of @ConservUSA38's Twitter feed shows that the person behind the account posts prolifically on current affairs and trending content, from a conservative point of view, consistently articulating support for Trump and opposition to Biden. The person has also targeted U.S. Rep. Ilhan Omar, D-Minn., falsely claiming that Omar did not have legal immigration status, and calling for her to be deported. Omar is a naturalized U.S. citizen.

In recent days, the person behind @ConservUSA38 has repeatedly posted about the baseless smear that Biden is a pedophile, tweets given a potential audience of tens of millions after Trump promoted one of them.

The president's son, Donald Trump Jr., amplified that false conspiracy theory in May 2020, when he posted on Instagram a meme that featured a photograph of Biden with the phrase "See you later, alligator," along with a photograph of an alligator and the phrase "In a while, pedophile."

Trump Jr. suggested the meme was meant in jest, but his remarks took an earnest turn when he wrote, "That said, there’s [sic] definitely way too many Creepy Joe videos out there!" He replicated that shift in tone in a later tweet, in which he said he was "joking around," but then added, "If the media doesn’t want people mocking & making jokes about how creepy Joe is, then maybe he should stop the unwanted touching & keep his hands to himself?" thus adding fuel to the conspiracy theory about which he also claimed to be "joking."

Unlike Biden, the president has in fact been formally accused of raping a child. In 2016, a woman referred to in California and New York court filings by the pseudonyms "Jane Doe" and "Katie Johnson," filed lawsuits against Trump and the multi-millionaire investor and convicted sex offender Jeffrey Epstein, alleging that they both raped her in 1994, when she was 13 years old.

Trump and his lawyers vigorously denied the allegations, and the woman dropped the lawsuit in November 2016, claiming that she had received death threats.