A graphic video of Ronnie McNutt's death was streamed on Facebook and went viral across platforms. 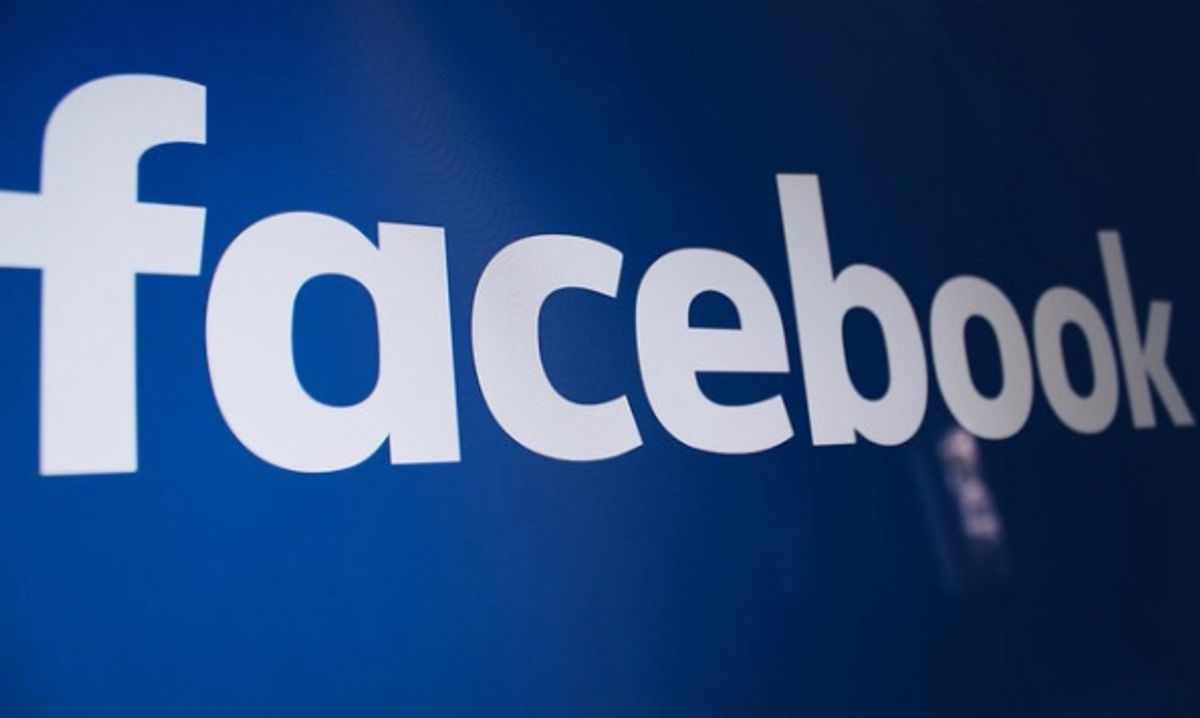 Sadly, it is true.

We confirmed with local police and McNutt's friend Josh Steen that McNutt, 33, did indeed take his own life on Aug. 31, 2020, about 10:30 p.m., while streaming live on Facebook from his home in New Albany, Mississippi. We also confirmed with the U.S. Army that McNutt was a veteran who served in the Iraq War from June 2007 to March 2008.

But McNutt's death and the way the incident was handled by Facebook has garnered fierce criticism from Steen, who has launched #ReformforRonnie. The campaign is designed to hold social media companies accountable for spreading misinformation, hate, and violence, and demands that social media platforms accept responsibility for content posted to their platforms, and efficiently and evenly enforce their terms of service.

"This is a systematic problem that has gone on too long," Steen told us by phone.

In a prepared statement sent out to the news media, Facebook said: "We removed the original video from Facebook last month on the day it was streamed and have used automation technology to remove copies and uploads since that time."

On Sept. 10, 2020, a Facebook spokesperson informed us that the original video was up for 2 hours and 41 minutes before Facebook removed it. "We are reviewing how we could have taken down the livestream faster," the company said in a statement.

In response, Steen sent us the following via text message:

2 hours and 41 minutes isn’t a fast enough response to remove a video that had been reported hundreds, if not thousands of times, by family and friends of the first victim of Facebook’s inaction.

2 hours and 41 minutes shouldn’t be an acceptable amount of time for the world’s most powerful and wealthy social media platform that has unlimited resources at their disposal.

In 2 hours and 41 minutes Facebook gave permission for millions of people across the world to be exposed to content that may create the same mental health issues that Ronnie battled.

Steen said the amount of time the original video stayed up gave it ample time to be seen, copied, and redistributed onto virtually every other social media platform.

Not only that, but Steen also told us he flagged the livestream while McNutt was still alive — only to receive a notification almost two hours later, after McNutt died, stating the video didn't violate Facebook's terms. Steen provided us a screen shot of that notification: "Ronnie had been deceased for almost an hour and a half when I got the first notification from Facebook that they weren’t going to take down the video because it didn’t violate their standards," Steen told us in a phone interview. "What the hell kind of standards is that?"

After receiving Facebook's statement, and as of this writing, we have continued to locate Instagram accounts reposting the video of McNutt's death. Instagram is owned by Facebook.

As a result of the video staying up for hours, people were able to copy it and post it to various social media platforms. Notably, it was uploaded to TikTok and served to unwitting users via the app's "For You" feature, which allows viewers to passively watch videos on autoplay. Parents reported that their children had seen it, prompting warnings to keep kids off TikTok.

A spokesman for TikTok said in an email that the video began appearing on that platform on Sept. 6, and that TikTok has been banning accounts that repeatedly try to upload the video.

"Our systems, together with our moderation teams, have been detecting and removing these clips for violating our policies against content that displays, praises, glorifies, or promotes suicide," a statement from the company said.

But Steen, who also blasted Twitter for its delayed response in removing accounts that posted the video, said the efforts were too little, too late, noting that TikTok is known for having a young audience.

"Imagine a 9-year-old who stumbles upon it, and doesn’t tell their parents, just internalizes it," Steen said. "What are the health ramifications of this?"

We reached out to Twitter for comment but did not get a response as of this writing.

Steen said that viral posts about McNutt's death spread misinformation, along with violent imagery. It's misinformation that Steen believes made the story more sensational, boosting its spread.

Referring to posts that claimed McNutt had lost his job, Steen said that wasn't true. That was fabricated to further the narrative, Steen said, "because it paints him more pathetically."

He also said that posts about the incident had widely, and falsely, claimed that McNutt had used a shotgun. Steen said this wasn't true, either. Steen said McNutt had a "cheap, run-of-the-mill, single-shot rifle."

Steen said McNutt's livestreamed death echoed other high-profile incidents of violence involving Facebook. Most recently, Facebook CEO Mark Zuckerberg admitted that the company erred in failing to take down a so-called "militia" Facebook group called "Kenosha Guard" that issued a "call to arms" in Kenosha, Wisconsin, where protesters had taken to the streets in response to the police shooting of Jacob Blake, a Black man who was left paralyzed from the waist down after the incident.

The group wasn't removed, even though it violated Facebook's rules, and at least two people reported the page. Subsequently, an armed counterprotester shot three people, killing two, in Kenosha.

After a terrorist used Facebook Live to livestream his massacre of 51 people attending Friday prayers at two mosques in Christchurch, New Zealand, in March 2019, the company stated it was "re-examining our reporting logic and experiences for both live and recently live videos in order to expand the categories that would get to accelerated review."

We asked Facebook what measures had been taken since the Christchurch shooting to stop such livestreamed violence. We also asked Facebook repeatedly how many people had seen the McNutt video and how long the original had been left on the platform before the company removed it. We didn't get answers to these questions in time for publication.

Steen, who has known McNutt since 2003, remembers him as someone who loved people and loved creating online content about things he was passionate about. Along with Steen, McNutt co-hosted JustUs Geeks, a podcast about things like pop culture, video games, comics, movie reviews, and other topics. McNutt also wrote comic book reviews for Steen's website.

"He loved all things geeky and nerdy," Steen said. "He loved playing the [card game] Magic: the Gathering."

But Steen also said McNutt suffered from post-traumatic stress disorder as a result of his service in Iraq.

"He really desperately needed help," Steen said. "He was not the same person when he came back from Iraq."

On the night McNutt died, Steen told us he first got wind that something was very wrong when he received a Facebook message from one of his podcast listeners, notifying him that McNutt was rambling on Facebook Live and had picked up a firearm, which misfired. Steen said he logged on to McNutt's livestream about 10 p.m., just minutes after the misfire, which is when Steen started reporting the video to Facebook.

At that point, Steen said, the bespectacled McNutt had already been streaming for about 40 minutes, sitting alone at a desk in a black shirt.

A morass of bad circumstances all came together at once, Steen said. McNutt was very drunk, and in the video, he could be heard verbally sparring with people trying to intervene online.

"He’s drunk, and the gun is already there, and all these people had already gotten him riled up on Facebook," Steen said. "He hears the police outside. It’s nothing but pressure."

Steen said according to his time logs from that night, McNutt shot himself at 10:33 p.m.

New Albany Police Chief Chris Robertson told us in a phone interview that police responded to an emergency call of a man with a gun, threatening to commit suicide and streaming live on Facebook.

Robertson, who personally responded to the scene, said that police were trying to establish contact with McNutt over a loudspeaker and that one of McNutt's friends was outside with them, trying to relay messages to McNutt. Robertson said police could see the livestream, but it had a 10-second delay.

In response to criticism alleging police didn't do enough to stop McNutt from harming himself, Robertson said the situation didn't leave them with any good options that could have helped McNutt. His firearm could have pierced their body armor, Robertson said, and all possible scenarios would have ended with a violent, potentially deadly confrontation.

Expressing sympathy for McNutt and everyone involved, Robertson said, "For someone to say we didn’t do all we could do doesn’t know all the facts."

"It’s their job to employ experts who can stop this, thats what all those ad dollars and our data is paying for," Steen said. "These companies don’t give a damn about you ... It’s time that balance shifted."

Mac, Ryan. "Facebook Employees Are Outraged at Mark Zuckerberg's Explanations of How It Handled the Kenosha Violence."   BuzzFeed News. 28 August 2020.

Brandom, Russell. "Facebook Chose Not to Act on Militia Complaints Before Kenosha Shooting."   The Verge. 26 August 2020.

Updated to include information from Facebook about the length of time the original video was up on the platform and a response from Steen.