An anti-Semitic hoax more than a century old reared its ugly head again as the Republican National Convention was underway. 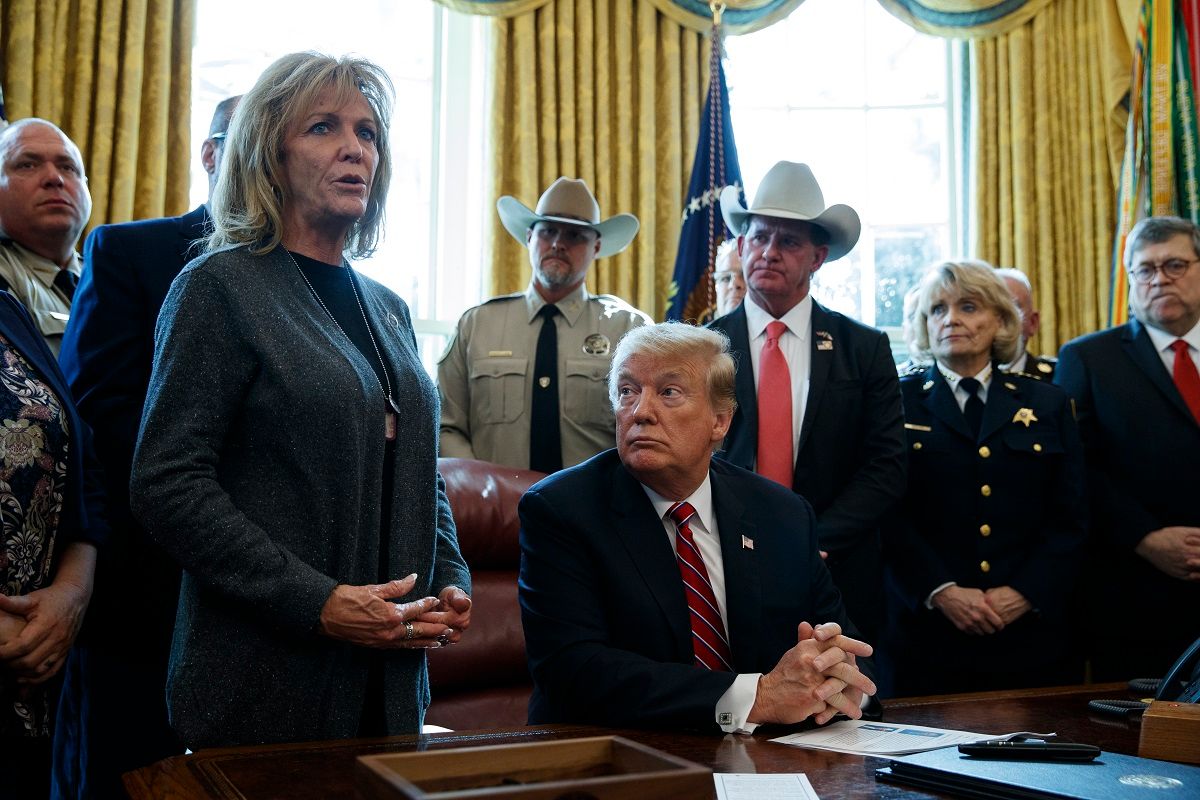 An anti-Semitic hoax more than a century old reared its ugly head again as the Republican National Convention was underway last week.

Mary Ann Mendoza, a member of the advisory board of President Trump’s reelection campaign, was due to speak on Aug. 25. But she was suddenly pulled from the schedule after she had retweeted a link to a conspiracy theory about Jewish elites plotting to take over the world.

In her now-deleted tweet, Mendoza urged her roughly 40,000 followers to read a lengthy thread that warned of a plan to enslave the “goyim,” or non-Jews. It included fevered denunciations of the historically wealthy Jewish family, the Rothschilds, as well as the top target of right-wing extremism today, the liberal Jewish philanthropist George Soros.

The thread also made reference to one of the most notorious hoaxes in modern history: “The Protocols of the Elders of Zion.” As a scholar of American Jewish history, I know how durable this document has been as a source of the belief in Jewish conspiracies. The fact that it is still making the rounds within the fringe precincts of the political right today is testament to the longevity of this fabrication.

Surely no outright forgery in modern history has ever proved itself more durable. In the early 20th century, the Protocols were concocted by Tsarist police known as the Okhrana, drawing upon an obscure 1868 German novel, “Biarritz,” in which mysterious Jewish leaders meet in a Prague cemetery.

This fictional cabal aspires for power over entire nations through currency manipulation and seeks ideological domination by disseminating fake news. In the novel, the Devil listens sympathetically to the reports that representatives of the tribes of Israel present, describing the havoc and subversion that they have wrought, and the destruction that is yet to come.

The Okhrana – “protection” in Russian – worked for what was then the most powerful anti-Semitic regime in Europe and wanted to use the hoax to discredit revolutionary forces hostile to the reactionary policies and religious mysticism of Tsarist rule.

The document became a global phenomenon only about two decades after the Okhrana’s fabrication. Widespread publication and republication coincided with both the influenza pandemic of 1918-20 and the aftermath of the Bolshevik Revolution in 1917 – both of which stirred fears of obscure forces that menaced social control.

Scapegoating Jews for disease and political unrest was nothing new. Medieval Jews had been massacred in the wake of accusations of having poisoned wells and spreading plagues.

But a century ago, the crisis in public health probably mattered less than the Communists’ seizure of power in Russia, which, if unchecked, might overwhelm the political order that the Great War had destabilized. That some of the revolutionary leaders were of Jewish birth seemed to reinforce the predictions of the Protocols.

Tsar Nicholas II, the last of the Romanovs, was known to have read the Protocols before being executed by the Bolsheviks in 1918. In the following year, Hitler delivered his first recorded speech, in which he depicted an international conspiracy of Jews – of all Jews – to weaken and poison the Aryan race and to extinguish German culture.

Hitler himself was unsure of the authenticity of the Protocols – a question of verification that may not have mattered all that much to the Nazis. The Führer told one of his early associates that the Protocols were “immensely instructive” in exposing what the Jews could accomplish in terms of “political intrigue,” and in demonstrating their skill at “deception [and] organization.”

In the U.S., the hoax was given a wide distribution by the most admired businessman of his time: Henry Ford. By 1920, Ford had “Americanized” the forged document as “The International Jew: The World’s Foremost Problem.” It ran as excerpts in his newspaper, the Dearborn Independent, for 91 straight weeks. “The International Jew” was translated into 16 languages. 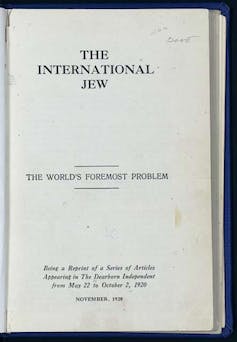 Though Jewish communal leadership mounted a lawsuit that forced the auto magnate to issue a retraction in 1927, the malignant hatred behind the Protocols continued to seep into the public conversation.

In the 1930s, the popular anti-New Deal “radio priest” Charles E. Coughlin excerpted the Protocols in his newspaper, Social Justice. But Father Coughlin was wary about endorsing its accuracy, and merely stated that it might be of “interest” to his readers.

Why is it that this demonstrably false document continues to hold sway today?

Perhaps the simplest explanation is human irrationality, which neither education nor enlightenment has ever managed to defeat.

The willingness to believe in the fantasy of a surreptitious Jewish stranglehold on the international economy and on mass media also validates the insight of the Columbia University historian Richard Hofstadter. He traced in political extremism of both right and left an apocalyptic strain and a belief in an imminent confrontation between good and absolute evil.

Hofstadter was well aware that conspiracies punctuate the annals of the past. But especially for those Americans who hanker for the security of a settled way of life, political paranoia is tempting, such as the belief – as Hofstadter wrote – that “history is a conspiracy,” in which unseen forces are the shadowy driving mechanisms of human destiny.

Because anti-Semitism has survived nearly a couple of millennia, no form of prejudice has yet found a more vivid place in the imagination. And the fact that no international Jewish conspiracy was ever located has never depleted the power of the Protocols to tap into subterranean currents of demonization.

From the Rothschilds to Soros

What sustains the influence of the Protocols among cranks and extremists is not the language of the text itself – which few of them are likely to have fully read in its various versions – but what this forgery purports to underscore, which is the astonishingly cunning influence of Jews in modern history.

The Protocols thus have no importance in themselves; they are spurious. But they do bestow precision upon apocalyptic fears, which could not survive without some ingredient of plausibility – however wildly far-fetched.

The Rothschild family was pivotal to the emergence of finance capitalism in 19th-century Europe. The family firm had branches in Germany, France, Austria, Italy and England, which lent credence to the charge of “cosmopolitanism” during an era of rising nationalism. The boom-and-bust oscillations of the economy generated not only misery but also grievances against financiers who seemed to benefit from such uncertainties.

Today, Soros, a Hungarian-born, British-educated American Jew, has become an especially hated figure for the far-right. Among the world’s canniest investors, he has spent billions of dollars promoting progressive causes. He seems to personify what Ford called “the international Jew.”

Venom against minorities other than Jews has not resulted in any equivalent to the Protocols. Judeophobia produced a specious documentation that bigotry against no other minority has ever elicited. Perhaps the very explicitness of the Protocols helps strengthen the suspicion that majority beliefs and interests are under attack, and keeps this dangerous form of anti-Semitism alive.