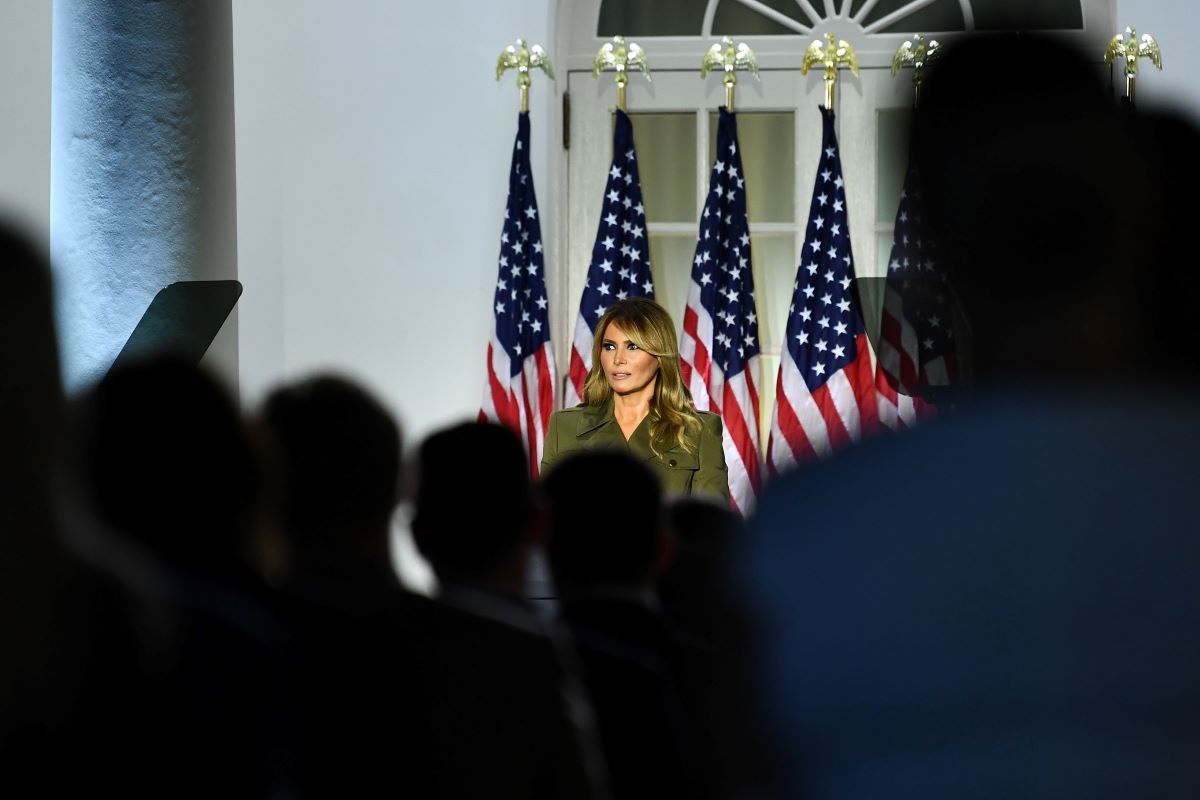 First lady Melania Trump on Aug. 25, 2020, gave an unprecedented Republican National Convention (RNC) speech — unprecedented not because of anything she said, but because it was delivered from the White House Rose Garden. The appearance immediately raised ethics questions about whether it violated the Hatch Act, a federal anti-corruption law.

The Hatch Act, passed in 1939, bars the use of taxpayer-funded public resources for electioneering and tries to ensure that federal employees can perform their service to the public in a nonpartisan manner, free of coercion.

Amid a flurry of news stories and commentary about the previously obscure law and possible breaches of it during the RNC, the U. S. Office of Special Counsel (OSC), which enforces the Hatch Act, released a statement on Aug. 26, 2020, clarifying its Aug. 12 conclusion that political activities in the Rose Garden and on the South Lawn (where U.S. President Donald Trump accepted his party's nomination) are not restricted by the Hatch Act. The conclusion and its timing prompted more criticism.

Walter Shaub, senior adviser for the government accountability group Citizens for Responsibility and Ethics in Washington and former director of the U.S. Office of Government Ethics, slammed the decision, saying he believes OSC is "making it up as it goes."

Nick Schwellenbach, senior investigator for the government watchdog group Project on Government Oversight, said holding RNC events on White House grounds definitely violates the spirit of the law, even if OSC said it was within the letter of the law.

"The Rose Garden is a national symbol that the public pays for and is used regularly for official government functions," Schwellenbach told us in an email. "Unlike the National Parks or other federal lands, the public can’t generally hold events at the Rose Garden, so the White House has a special responsibility to avoid cheapening the people’s property for overtly partisan reasons."

The White House and its grounds, while also serving as the residence of the president and the seat of the nation's executive branch of government, is publicly owned and is technically a national park.

Craig Holman, government affairs lobbyist for the public interest advocacy group Public Citizen, told us in an email that although the events could have theoretically been carried out in keeping with the letter of the law, "the Trump team repeatedly crossed this line" by turning official executive branch duties into campaign events for the RNC:

Trump and immigration officials conducted a naturalization ceremony which was televised for the Republican convention. Trump issued a pardon which was staged for the convention. Secretary of State Pompeo made a TV appearance at the convention while conducting official duties in Israel. And it now appears quite likely that government employees assisted in Melania Trump's Rose Garden speech as well as Trump's nomination speech.

We asked OSC to explain its conclusion. Spokesman Zachary Kurz wrote in an email that the section of the Hatch Act at issue is "the prohibition against engaging in political activity while on duty" or in a "room or building" used for conducting official business. This excludes residential portions of the White House.

"Because the Rose Garden is not a federal 'room or building' for purposes of the Hatch Act, the Act would not necessarily prohibit federal employees from engaging in political activity in that space," Kurz said in the email.

We asked whether that meant that the Rose Garden wasn't covered by the Hatch Act because it's outdoors, and thus is not literally a "room or building."

"Yes, but there are also indoor areas of the White House that are not covered under the relevant provision of the Hatch Act, such as rooms that are part of the Residence," Kurz responded.

We sent a detailed list of follow-up questions asking, among other things, for further clarification on the reason the Rose Garden and South Lawn are not restricted from political activity under the Hatch Act. We also asked when OSC drew the conclusion about the grounds slotted for the Trumps' RNC speeches, and whether the White House was notified in advance of that conclusion. We requested a list of areas in the White House that are covered by the Hatch Act versus ones that are not.

"I am unable to provide additional information in response to your questions at this time," Kurz responded.

"They don’t have a good answer. That’s why [they didn't respond to follow-up questions]," Shaub told us in a text message.

Shaub said the idea that Rose Garden, or South Lawn for that matter, would be exempt from the Hatch Act simply because they're outdoors contradicts federal regulations that restrict political activity by federal employees in any federally owned space "including but not limited to" public buildings.

Shaub also pointed to ethics training materials for federal employees and past advisories that limit political stickers on their cars in the parking lots of federal buildings. In one 2018 video, Ana Galindo-Marrone, head of OSC's Hatch Act unit, said those employees would "basically need to go across the street, whether it's a Starbucks or some other location" to post a political message on social media using their own phones in order to avoid a Hatch Act violation.

Shaub told us these contradictory messages, in which lower-level federal workers are warned they could violate the Hatch Act by posting political tweets in the break room of a federal building, while the president and first lady give full-on campaign speeches on White House grounds, sends a bad message:

This messaging from the White House and the Office of Special Counsel tells employees that government ethics don’t matter. It tells them that lower level employees are held to a higher standard than more senior officials who have more power to do harm. It tells them that partisans are calling the shots and making a mockery of the law and our system of government. It tells them that the head of the Office of Special Counsel—which literally says Tea Party activity in the workplace is allowed but tweeting the vague term “resist” on a lunch break away from their desks on personal cell phones is a violation—is looking out for the president’s interests.

Although the president, vice president, and first lady are exempt from the Hatch Act, federal employees and publicly owned equipment that might be used to support the planning and execution of these events are not.

As we previously reported, Shaub said that while past administrations have “stuck their toes in the water” when it came to using public resources for campaigning, the Trump administration has done a “cannonball into the swimming pool," saying the RNC 2020 events were "of a magnitude that is unprecedented.”

There are civil penalties for federal employees who violate the Hatch Act, which can range from reprimand, reduction in pay, firing, or being forced to pay up to $1,000 in civil fines. But the law also has criminal provisions applying to everyone, including the president and vice president, against intimidating or coercing federal employees to engage in political activities.

However, Holman said that it doesn't appear anyone in the Trump White House will be punished in the event any violations occurred:

Given that it is up to the White House counsel and the Attorney General to enforce these laws, the Trump team clearly felt they had free rein to use official resources and governmental employees for partisan political purposes without fear of repercussion. The violations of these laws were prevalent. Worse yet was the denigration of the institution of the White House, using the "people's house" as headquarters of the national Republican party.