Simply laying out evidence or pointing out logical contradictions in a conspiracist's argument is seldom enough, because conspiracy theories are, by definition, irrefutable. 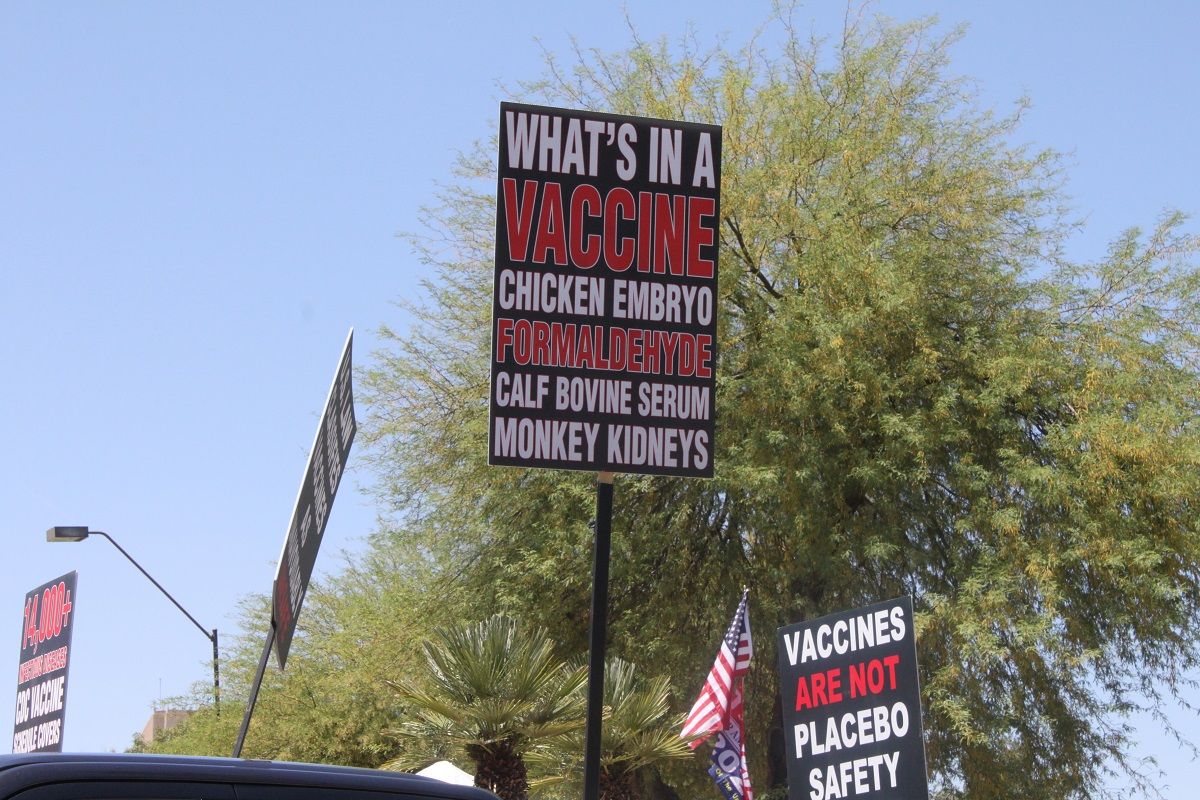 With prospects of a COVID-19 vaccine looking up, attention is also turning to the problem of anti-vax ideas. According to a recent survey, one in six Britons would refuse a COVID-19 vaccine when it becomes available. Although vaccine hesitancy is a complex problem with multiple causes, the number of conspiracy theories circulating about the coronavirus do not help.

The fight against COVID-19-related conspiracy theories will be fought on multiple fronts. It requires a broad public health campaign and for social-media companies to control the spread of disinformation. But all of us can play a part in this effort. Most people will know someone who has succumbed to conspiracy theories about the current crisis.

I have been researching conspiracy theories for over two decades and have spoken to many believers. Here are the six rules I use for talking to conspiracy theorists in the effort to change their mind.

1. Acknowledge scale of the task

Lack of evidence of a conspiracy, or positive proof against its existence, is taken by believers as evidence of the craftiness of those behind the plot, and their ability to dupe the public. So arm yourself with patience, and be prepared to fail.

Conspiracy theories seduce not so much through the power of argument, but through the intensity of the passions that they stir. Underpinning conspiracy theories are feelings of resentment, indignation and disenchantment about the world. They are stories about good and evil, as much as about what is true.

This gives conspiracy theories a strong emotional dimension. Tempers can flare and conversations turn into a shouting match. It is important to prevent this from happening. Be prepared to de-escalate the situation and keep the dialogue going, without necessarily giving ground.

3. Find out what they actually believe

Before trying to persuade someone, find out the nature and content of their beliefs. When it comes to conspiracy theories, the world is not divided into “believers” and “skeptics” – there’s a lot in between.

A minority of committed believers treat conspiracy theories as the literal truth and are particularly resistant to persuasion. Many others might not see themselves as “believers”, but are willing to accept that conspiracy theorists might be onto something and are at least asking the right questions. Establishing the precise nature, and extent, of someone’s belief, will enable you to better tailor your response. 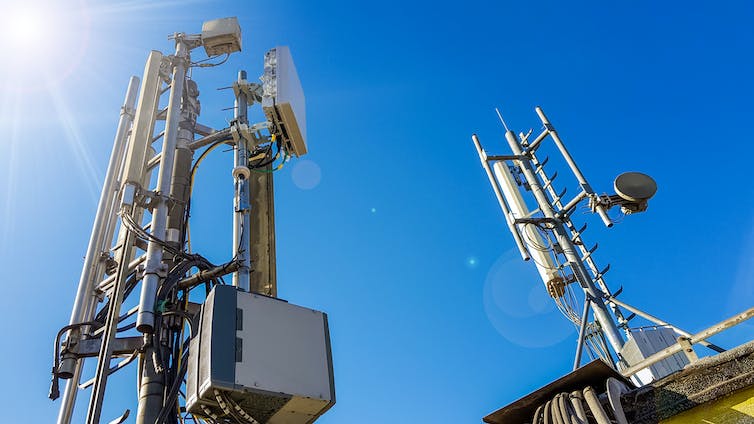 5G antenna has nothing to do with coronavirus.
Shutterstock.com

Also, try and find out what specific conspiracy theory they endorse. Is it 5G or Bill Gates that they think is behind coronavirus? Or both? What videos or websites have they looked at? Once you find out, gather as much disconfirming evidence as you can from credible sources, including multiple independent fact-checking websites.

Background research will help you to focus the discussion on the substance of the claims. Never question someone’s intelligence or moral sense, as this is the quickest way to end a conversation.

One of the main problems with conspiracy theories is that they are not confined to tinfoil-hat-wearing kooks or political extremists. In times of crisis and uncertainty, they can contaminate the worldview of otherwise reasonable people.

Conspiracy theories make reality seem less chaotic, and tap into broader, often well-grounded concerns about the world such as the concentration of financial and political power, mass surveillance, inequality or lack of political transparency. So when talking about conspiracy theories, start by acknowledging these broader concerns and restrict your discussion to whether conspiracy theories can provide an adequate or meaningful answer.

Many people come to conspiracy theories through genuine, albeit misguided, curiosity about how to make sense of the world. They sometimes see themselves as healthy skeptics and self-taught researchers into complex issues. Avoid criticising or mocking this. Instead, present it as something that, in principle, you value and share. Your aim, after all, is not to make them less curious or skeptical, but to change what they are curious about, or skeptical of. 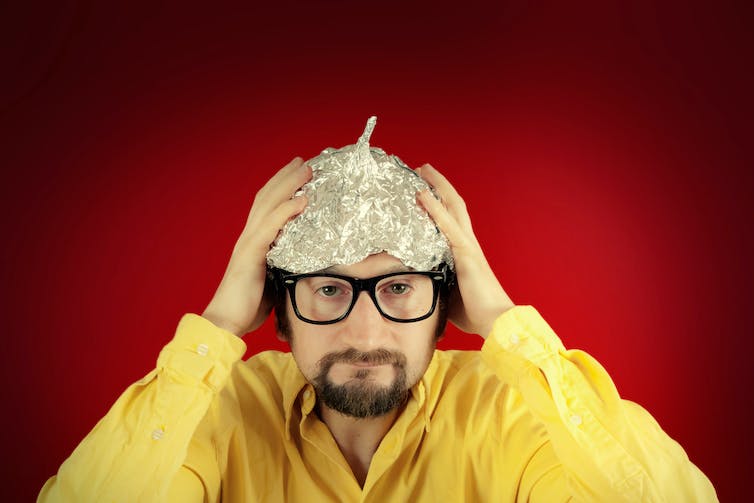 Conspiracy theories often sound convincing because they start with the detailed exposition of credible scientific or historical facts. The problem is that these facts and arguments lead to extraordinary conclusions.

The kernels of truth on which conspiracy theories are based are a solid starting point for a discussion. Agreement on at least some of the facts will allow you to focus on the leap of imagination that allows two and two to make five.

5. Challenge the facts, value their argument

Debunking conspiracy theories requires a two-pronged approach. The first involves challenging evidence and its origins. Address specific claims and discuss what constitutes a credible source. Offer to look at the evidence together, including on fact-checking websites.

If you are talking to a staunch believer, they probably won’t even engage with you on this. But if they have not yet fallen down the rabbit hole, they might, and this may lead them to start questioning their views.

The second approach involves challenging the relevance and value of the conspiracist case more generally. You may want to point out that throughout history, conspiracy theories have come up short.

For instance, the longstanding claims by AIDS denialists that antiretroviral drugs are more harmful than HIV were not only disproven, but they contributed to hundreds of thousands of deaths in sub-Saharan Africa. More recent and similarly baseless theories about the polio vaccine causing sterility directly led to the disease resurging in Nigeria, Pakistan and Afganistan.

COVID-19-related claims are in the same genre. Setting these conspiracy theories in their historical context can demonstrate that they offer nothing new, and don’t ask the right questions about the pandemic and its causes. This just might encourage the person to direct their curiosity and skepticism to more worthwhile concerns.

There is, of course, no guarantee that this advice will be effective. There are no incontestable arguments or fail-proof strategies that will always convert a conspiracy theorist to skepticism. Therefore, set realistic expectations. The aim of talking to conspiracy theorists is not to convert them, but to sow doubt about an argument, and hopefully enable them to gradually build up resistance to its seductive appeal.