After U.S. District Judge Esther Salas' son was killed in an attack on her home, observers zoomed in on a familiar name among her caseload. 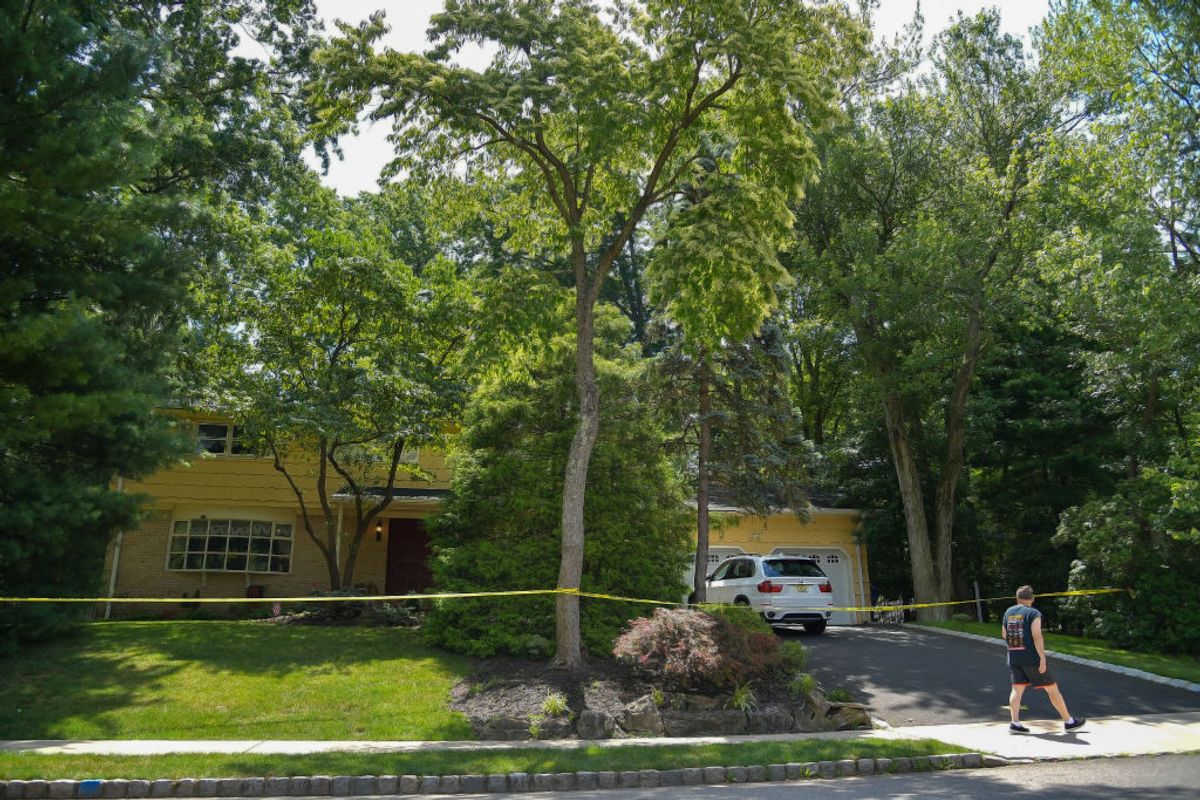 After a shooting at a federal judge's home in New Jersey on July 18, 2020 -- which left her son dead and her husband wounded -- speculation arose that the incident was the result of a conspiracy involving disgraced financier and convicted sex offender Jeffrey Epstein, who was found dead in his jail cell in August 2019.

Some took to social media to express suspicion that the shooting was an assassination attempt on U.S. District Judge Esther Salas, who days before the incident was assigned to preside over a lawsuit by investors accusing Deutsche Bank of misleading them about "anti-money-laundering deficiencies" and failing to “properly monitor” customers considered “high risk,” such as Epstein. A few examples of such social media post can be viewed below: At this time there is not enough publicly available information to determine all of the motives of the primary suspect in the attack, Roy Den Hollander.

The shooter reportedly disguised himself as a FedEx deliveryman, fatally shot Salas' 20-year-old son and seriously wounded her husband, 63. Salas was in a different part of the family's New Brunswick home and was unharmed.

We sent a question about motive for the shooting to the FBI, which is investigating the case, and haven't heard back in time for publication.

News reports point to Den Hollander's personal hatred for Salas and his track history of being an "anti-feminist" lawyer who "flooded the courts with seemingly frivolous lawsuits that sought to eliminate women’s studies programs and prohibit nightclubs from holding 'ladies' nights.'"

Den Hollander expressed hatred for Salas after one of his recent cases came before her, calling her "a lazy and incompetent Latina judge appointed by Obama" in a self-published book. He was also reportedly suffering from terminal cancer, according to various news reports.

Days before the shooting, Salas had been been assigned a case in which investors sued Deutsche Bank for damages over lost share value, alleging the bank failed to properly monitor risky clients like Epstein and also failed to disclose all relevant information to investors.

Because Epstein was a convicted sex offender, known for both fraternizing with and allegedly procuring sex trafficking victims for high-profile and powerful people, it is not unusual for his name to inspire suspicion and speculation. Many disbelieve the official explanation that his death in jail while awaiting trial on related sex trafficking charges was a suicide, claiming instead he was murdered as part of a cover-up.

Epstein's longtime companion, Ghislaine Maxwell, was arrested on July 2 on charges related to sex trafficking of children and is in custody awaiting trial.