What Role Does Air Conditioning Play in the Spread of COVID-19?

Most scientists argue that ACs do not increase the risk of COVID-19 transmission and some say they reduce the risk. We spoke to a fluid mechanics expert in search of answers. 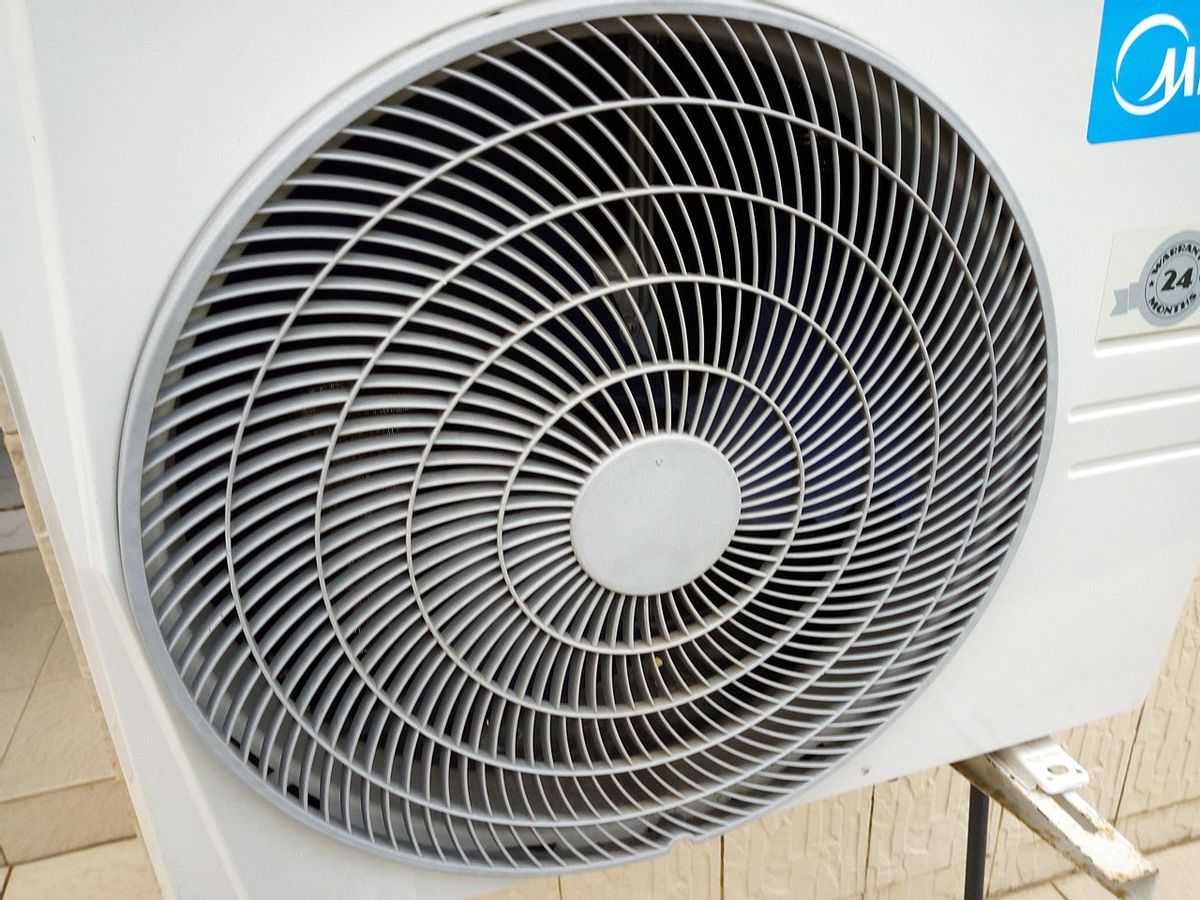 On June 26, 2020, NBC ran a story that raised the possibility that air conditioning (AC) could spread the COVID-19 coronavirus disease. The question is of central importance as businesses and public health officials seek safe ways to reopen aspects of the economy. It is also, sadly, a question that lacks an easy or actionable answer, and one that reveals the limits of our understanding about how, when, and where COVID-19 spreads.

NBC News highlighted comments from New York Gov. Andrew Cuomo, who said in a June 24 press conference that, “There’s some reports ... that air conditioning may not be cleansing the air of the virus, just recirculating the air with the virus … We're studying that, and as soon as we get some more information, we'll make an informed decision.”

NBC’s reporting also highlighted an April 2020 study published in the Centers for Disease Control and Prevention (CDC) journal Emerging Infection Diseases that raised the possibility of a case of COVID transmission linked to air conditioning at a Hong Kong restaurant. In broad brush strokes, the authors of the study reasoned that an outbreak that saw COVID-19 (also known as SARS-CoV-2) spread from one family to three other families in an air-conditioned restaurant could only have happened if “strong airflow from the air conditioner ... propagated droplets.”

Most experts cited in the NBC report, including infectious disease physician Amesh Adalja from Johns Hopkins’ Center for Health Security and virologist and NBC contributor Joseph Fair, were skeptical. The American Society of Heating, Refrigerating and Air-Conditioning Engineers, an “Organization dedicated to advancing the arts and sciences of heating, ventilation, air conditioning and refrigeration to serve humanity and promote a sustainable world,” released a statement arguing that, “Ventilation and filtration provided by heating, ventilating, and air-conditioning systems can reduce the airborne concentration of SARS-CoV-2 and thus the risk of transmission through the air.”

Understanding the range of opinions on the issue of COVID-19 and air conditioning requires an understanding of the physical dynamics of aerosol transmission. It is conceivable that air conditioners facilitate the spread of COVID-19 by transporting viral droplets from one point to another, but it is also conceivable that air conditioning could reduce the risk by replacing and diluting the air in an infected space. One thing that is for sure, however, is that no amount of modifications to an indoor space can possibly match the comparative safety of an outdoor space in terms of airborne transmission of COVID.

Broadly speaking, three categories cover possible human-to-human COVID-19 transmission: “droplet transmission” in which large droplets are expelled from an infected individual “with sufficient momentum so as to directly impact the recipients’ mouth, nose or” eyes; “contact transmission” that occurs when those large droplets fall onto a surface that is subsequently touched by a recipient who then physically brings viral particles to his or her own respiratory system by touching the face; and what is known as “airborne transmission.” Six feet social distancing and regular hand washing — practices heavily promoted in the early days of the pandemic — are designed to reduce the risk of droplet transmission and contact transmission, respectively. Masks also effectively reduce the travel distance of these larger droplet particles.

As opposed to the other two routes that involve “droplets” that are large enough to fall to the ground under the influence of gravity, the airborne route involves “aerosols” that are particles small enough to remain buoyant in the air. These broad classes are not mutually exclusive, Rajat Mittal, a professor at Johns Hopkins University with joint appointments in the Department of Mechanical Engineering and the School of Medicine, told us in a phone interview.

In the COVID-19 literature, the distinction between droplet and aerosol is generally placed at 5 microns. “From a functional point of view,” Mittal told us, “any droplet that doesn't fall directly onto the ground under the influence of gravity [which] can be suspended in the air and moved by the air [is] in some sense ... an aerosol. Some of those particles could be larger than 5 microns.”

Scientists are increasingly confident that aerosol transmission may be an important if not the most important mode of human-to-human COVID-19 transfer. “As a scientist and as somebody who works in fluid dynamics,” Mittal told us, “there is overwhelming evidence that the airborne transmission route is what's primarily responsible for this pandemic.” A June 2020 perspectives piece published in the journal Science, which cited experimental work performed by Mittal and his colleagues, supports this conclusion as well:

Recent studies have shown that in addition to droplets, SARS-CoV-2 may also be transmitted through aerosols. A study in hospitals in Wuhan, China, found SARS-CoV-2 in aerosols further than 6 feet from patients, with higher concentrations detected in more crowded areas. Estimates using an average sputum viral load for SARS-CoV-2 indicate that 1 min of loud speaking could generate >1000 virion-containing aerosols.

A study by a separate research group, also published in June 2020, found that SARS-CoV-2-containing aerosols could maintain infectivity for up to 16 hours, “that SARS-CoV-2 is resilient in aerosol form,” and that “aerosol transmission of SARS-CoV-2 may be a more important exposure transmission pathway than previously considered.” How these aerosols behave in indoor and outdoor settings gets at the heart of questions about the possible role air conditioning plays in spreading COVID-19.

“Everything starts off with droplets coming out of an infected person's mouth and nose,” Mittal told us. The air exhaled from a human’s body is generally warmer than the ambient air in the environment, and as a result that air and the aerosol particles contained within it will rise. In outdoor settings, “air currents tend to dilute the concentration of the virus carrying aerosols in the air significantly … as your breath carries these aerosols upwards, it immediately mixes with the ambient flows and kind of gets diluted and carried away.”

Hot air also rises in indoor settings. Here, however, the aerosols have limited opportunities to dissipate. Instead, they will rise to the ceiling and increase in concentration. Some particles will dry out and inactivate, but some of these potentially infective particles “may remain suspended in the air for hours.” The fate of these particles is hard, if not impossible, to predict. In his paper published in the Journal of Fluid Dynamics, Mittal and colleagues argued that “indoor environments such as homes, offices, malls, aircraft and public transport vehicles pose a particular challenge for disease transmission.”

The argument made in the April 2020 paper regarding a Hong Kong restaurant’s air conditioning was made by assuming the only plausible route of transmission was droplet transmission:

Virus transmission in this [Hong Kong restaurant] outbreak cannot be explained by droplet transmission alone. Larger respiratory droplets remain in the air for only a short time and travel only short distances, generally <1 m. The distances between patient A1 and persons at other tables, especially those at table C, were all >1 m. However, strong airflow from the air conditioner could have propagated droplets from table C to table A, then to table B, and then back to table C.

This analysis does not consider aerosols, which potentially remain in the air for hours and migrate with or without the flow of an AC. Even the movement of people walking into and out of the restaurant could affect its movement, Mittal told us. This was an explicit limitation of the Hong Kong study. “Our study has limitations,” the authors wrote. “We did not conduct an experimental study simulating the airborne transmission route.” Part of the problem, as highlighted in the Journal of Fluid Dynamics, is the complexity of airflow in indoor environments:

Indoor spaces can have extremely complex flows, due not only due to the presence of recirculatory flows driven by ventilation systems but also to anthropogenic thermally driven flow effects. COVID-19 transmission from asymptomatic hosts makes it more critical than ever that we develop methods of analysis that provide better prediction of these effects.

Air conditioning, outside of a hospital setting, is not designed to cleanse the air of viral aerosols. Some systems may effectively reduce risk by diluting and replacing air similar to an outdoor setting, but others may exacerbate it, Mittal told us. The efficacy of air conditioning in this regard would depend on how rapidly the system replaced the air in a space and into what location it vents the exhaust materials. “The air conditioning in my house,” he said, does replace inside air with outside air, “but it's also replacing the air in one room by the air in another room. So that's not a complete replacement, that's just displacement of air.” Theoretically, such a displacement could lead to an airborne transmission from an infected person to someone else “downwind” of the air currents.

These questions are nearly impossible to study in real time, and can only be analyzed via limited case studies like the Hong Kong restaurant. As a result, in Mittal’s view, the question about air conditioning and COVID-19 spread is problematic. “You can only pose the question in terms of overall improvement in safety, Mittal said. “You can ask the question, ‘if a person was sitting in that particular corner of the room is their chance going up or down,’ but that becomes a much tougher question [and] maybe not a relevant question.”

“I think in general, air conditioning with good replacement rates should help, but ... one has to get into a little bit more detail of understanding what kind of air currents are being set up,”  Mittal told us.