Can People Spread the Coronavirus If They Don’t Have Symptoms? 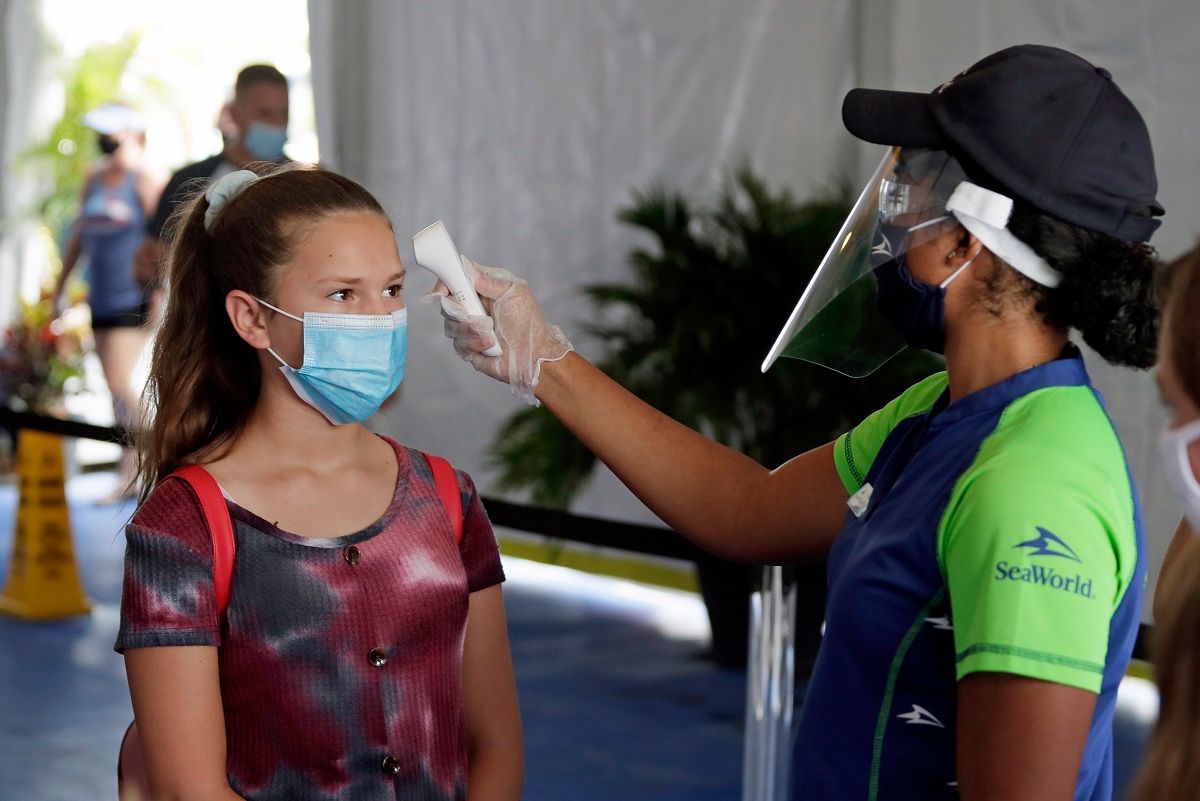 Screening for symptoms of COVID-19 and self-quarantine are good at preventing sick people from spreading the coronavirus. But more and more evidence is suggesting that people without symptoms are spreading the virus too. Monica Gandhi, an infectious diseases physician and researcher at the University of California, San Francisco, explains what is known about asymptomatic spread and why she thinks it may be a big part of what is driving the pandemic.

What does it mean to be asymptomatic?

SARS-CoV-2 – the virus that causes COVID-19 – can produce a range of clinical manifestations.

Some people who are infected never develop any symptoms at all. These patients are considered true asymptomatic cases.

When people do get sick from the coronavirus, it takes on average five days and as many as two weeks to develop symptoms that can range from very mild to extremely dangerous. The time between initial infection and the first symptoms is called the pre-symptomatic phase.

As an infectious disease physician, when I hear about asymptomatic spread of SARS-CoV-2, I think of a person who doesn’t have symptoms at the moment they give the virus to someone else. It doesn’t matter whether they are a true asymptomatic case or just pre-symptomatic; the public health risk is the same.

How many people are asymptomatic?

Estimates of the proportion of true asymptomatic cases – those who are infected and never develop symptoms – range from 18% to over 80%. The reasons for the huge range in estimates are still unclear, but some studies are better than others.

The most accurate way to determine the rate of asymptomatic cases is to test people regardless of whether or not they have symptoms – an approach called universal mass testing – and track them over time to see if they develop symptoms later. A recent mass testing campaign in San Francisco found that 53% of infected patients were asymptomatic when first tested and 42% stayed asymptomatic over the next two weeks.

Another recent paper compared the evidence from 16 studies and estimated the overall rate of asymptomatic infection to be 40%-45%. This is in line with the San Francisco finding, but the studies sampled were of various quality and size and likely include some pre-symptomatic cases.

Though none of these studies is perfect, a lot of evidence supports a true asymptomatic rate of around 40%, plus some addition fraction of patients who are pre-symptomatic. 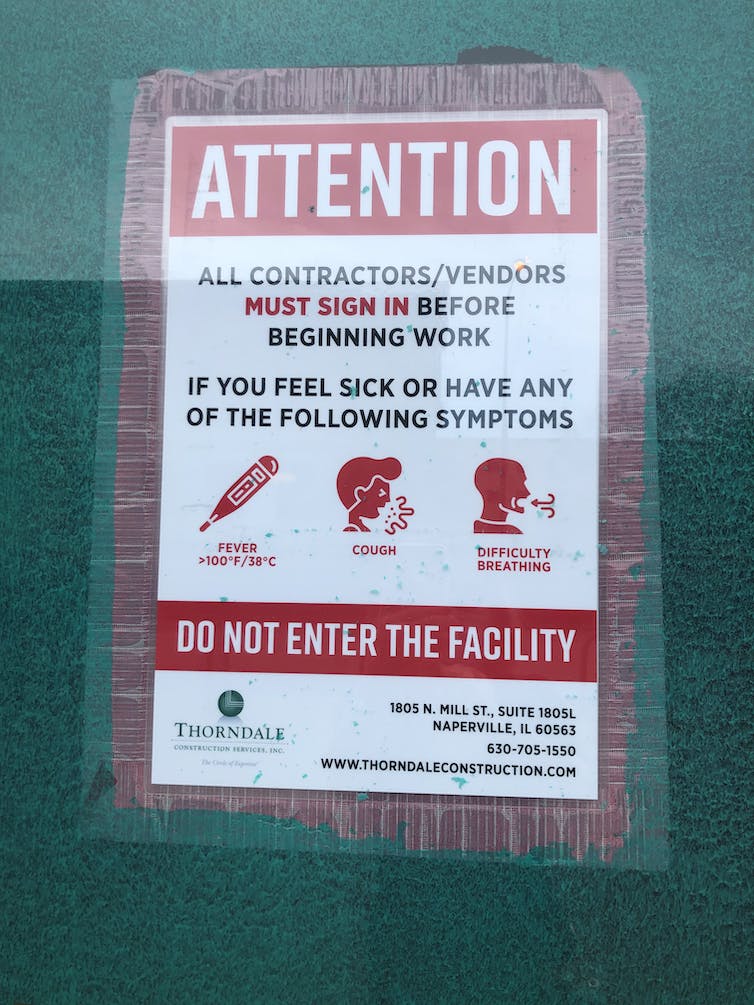 Many places are asking people with COVID-19 symptoms to stay away, but people who are infected and don’t have symptoms are unlikely to realize they have the virus.
Education Images/ Universal Images Group via Getty Images

How can asymptomatic people spread the coronavirus?

Compared to most other viral infections, SARS-CoV-2 produces an unusually high level of viral particles in the upper respiratory tract – specifically the nose and mouth. When those viral particles escape into the environment, that is called viral shedding.

Researchers have found that pre-symptomatic people shed the virus at an extremely high rate, similar to the seasonal flu. But people with the flu don’t normally shed virus until they have symptoms.

The location of the shedding is also important. SARS-CoV – the virus that caused the SARS epidemic in 2003 – does not shed very much from the nose and mouth. It replicates deep in the lungs. Since SARS-CoV-2 is present in high numbers in a person’s nose and mouth, it is that much easier for the virus to escape into the environment.

When people cough or talk, they spray droplets of saliva and mucus into the air. Since SARS-CoV-2 sheds so heavily in the nose and mouth, these droplets are likely how people without symptoms are spreading the virus.

How much asymptomatic spread is happening?

Public health experts don’t know exactly how much spread is caused by asymptomatic or pre-symptomatic patients. But there are some telling hints that it is a major driver of this pandemic.

An early modeling estimate suggested that 80% of infections could be attributed to spread from undocumented cases. Presumably the undocumented patients were asymptomatic or had only extremely mild symptoms. Though interesting, the researchers made a lot of assumptions in that model so it is hard to judge the accuracy of that prediction.

Even without knowing the exact numbers, the Centers for Disease Control and Prevention believes that transmission from people without symptoms is a major contributor to the rapid spread of SARS-CoV-2 around the world. 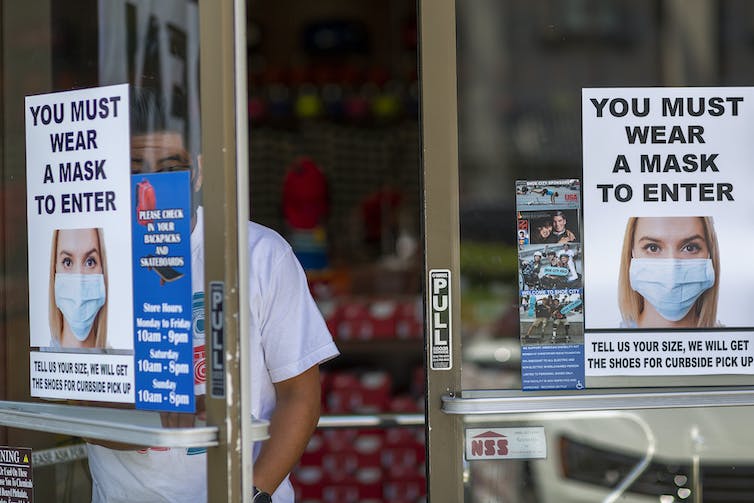 What can we do to limit asymptomatic spread?

Any time a virus can be spread by people without symptoms, you have to turn to preventative measures.

Social distancing measures and lockdowns work, but have large economic and social repercussions. These were necessary when epidemiologists didn’t know how the virus was spreading, but now we know it sheds at high quantities from the upper respiratory tract.

This means that universal mask wearing is best tool to limit transmission, and there is evidence to back that idea up.

On April 3, the CDC recommended that all members of the public wear facial coverings when outside of the house and around others. The World Health Organization finally followed suit and recommended universal public masking on June 5.

At this point, no one knows exactly how many cases of COVID-19 are from asymptomatic spread. But I and many other infectious diseases researchers are convinced that it is playing a major role in this pandemic. Wearing a mask and practicing social distancing can prevent asymptomatic spread and help reduce the harm from this dangerous virus until we get a vaccine.