Journalists Believe News and Opinion Are Separate, But Readers Can’t Tell the Difference

The divide between news and opinion is not as clear to many readers as journalists believe that it is. 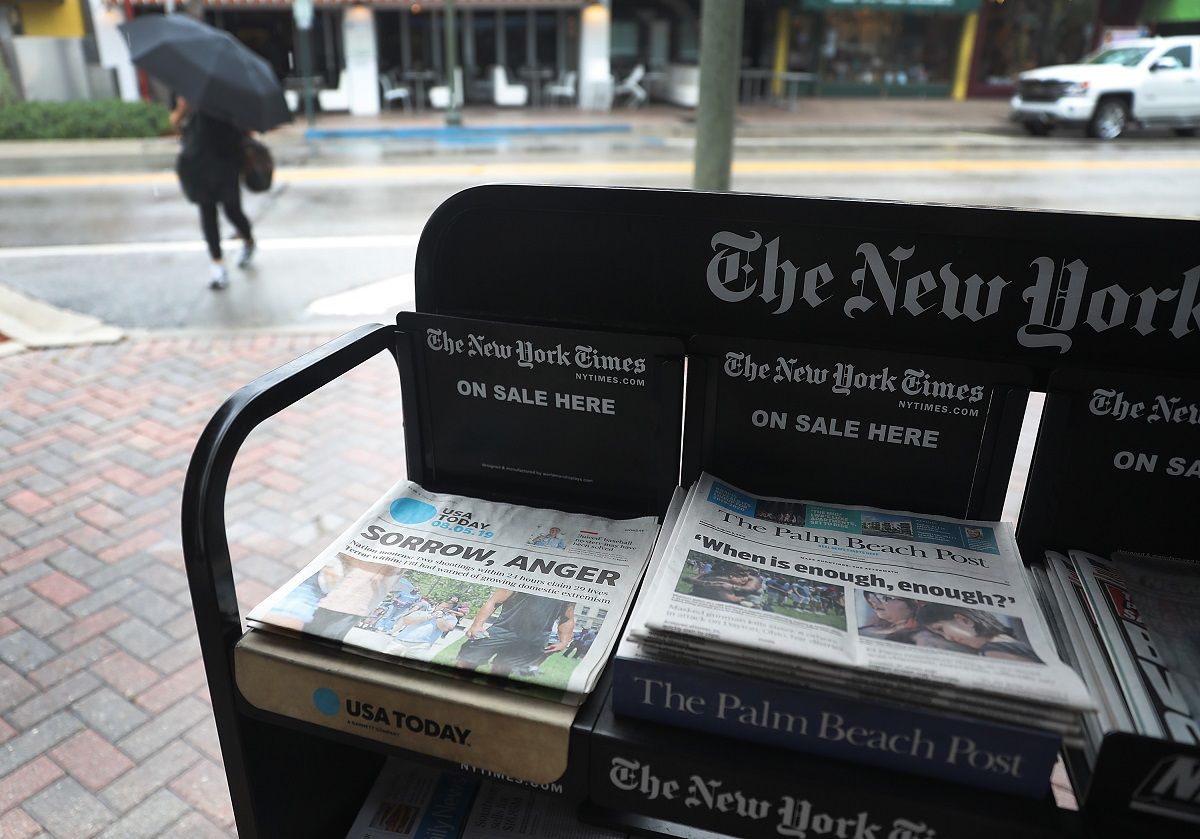 The essay sparked outrage among the public as well as among younger reporters at the paper. Many of those staffers participated in a social media campaign aimed at the paper’s leadership, asking for factual corrections and an editor’s note explaining what was wrong with the essay.

Cotton’s column was published on the opinion pages – not the news pages. But that’s a distinction often lost on the public, whose criticisms during the recent incident were often directed at the paper as a whole, including its news coverage. All of which raises a longstanding question: What’s the difference between the news and opinion side of a news organization?

It is a tenet of American journalism that reporters working for the news sections of newspapers remain entirely independent of the opinion sections. But the divide between news and opinion is not as clear to many readers as journalists believe that it is.

And because American news consumers have become accustomed to the ideal of objectivity in news, the idea that opinions bleed into the news report potentially leads readers to suspect that reporters have a political agenda, which damages their credibility, and that of their news organizations. 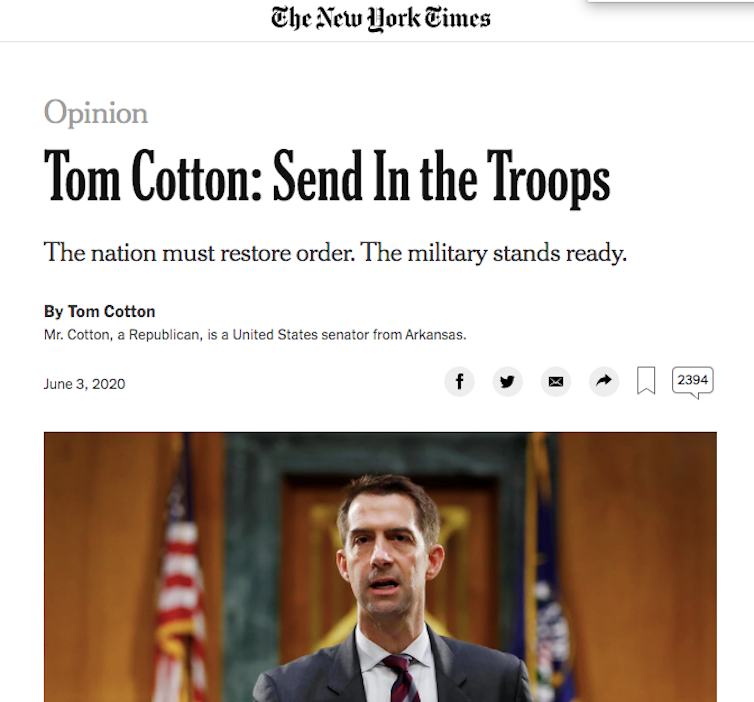 How news and opinion grew apart

Long before newspapers became institutions for collecting and distributing news, they were instruments for the personal expression of individuals – their owners. There was little thought given to whether or not opinion and fact were intermingled.

Benjamin Franklin ran the Pennsylvania Gazette from 1729 to 1748 as a vehicle for his own political and scientific ideas and even just his day-to-day observations. The Gazette of the United States, first published in 1789, was the most prominent Federalist paper of its time and was funded in part by Alexander Hamilton, whose letters and essays it published anonymously. 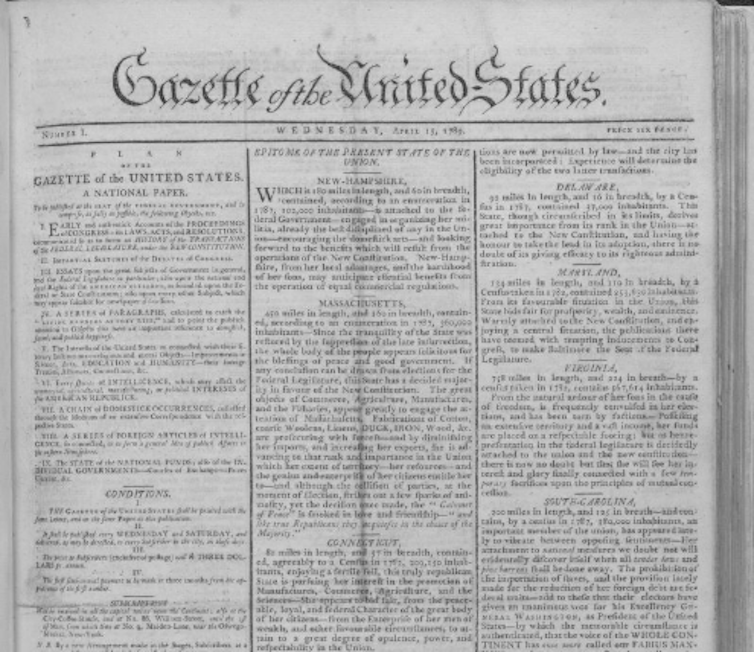 Front page of the inaugural issue of the Gazette of the United States, from April 15, 1789.
Library of Congress

In the early 19th century, newspapers were often nakedly partisan, since many of them were funded by political parties.

Over the course of the 19th century, though, newspapers began to seek a popular audience. As they grew in circulation, some began to emphasize their independence from faction.

Coupled with the rise of journalism schools and press organizations, this independence enshrined “fact” and “truth” as what scholar Barbie Zelizer calls “God-terms” of journalism by the early 20th century.

Newspaper owners never wanted to give up their influence on public opinion, however. As news became the main product of the newspaper, publishers established editorial pages, where they could continue to endorse their favorite politicians or push for pet causes.

These pages are typically run by editorial boards, which are staffs of writers, often with individual areas of expertise (economics or foreign policy or, in smaller papers, state politics), who draft editorial essays. They are then voted on by the board, which usually includes the publisher. They’re then published, usually with no author attribution, as the official opinions of the newspaper. There are variations on this process: Often the editorial board will decide on topics and the paper’s opinion before these writers get to work on their drafts.

James Bennet, The New York Times opinion editor who resigned, acknowledged in an article on the paper’s website that was published in January 2020, months before the Cotton essay, that “the role of the editorial board can be confusing, particularly to readers who don’t know The Times well.”

Through most the 20th century, newspapers reassured their readers and their reporters that there was a “wall” between the news and opinion sides of their operations. 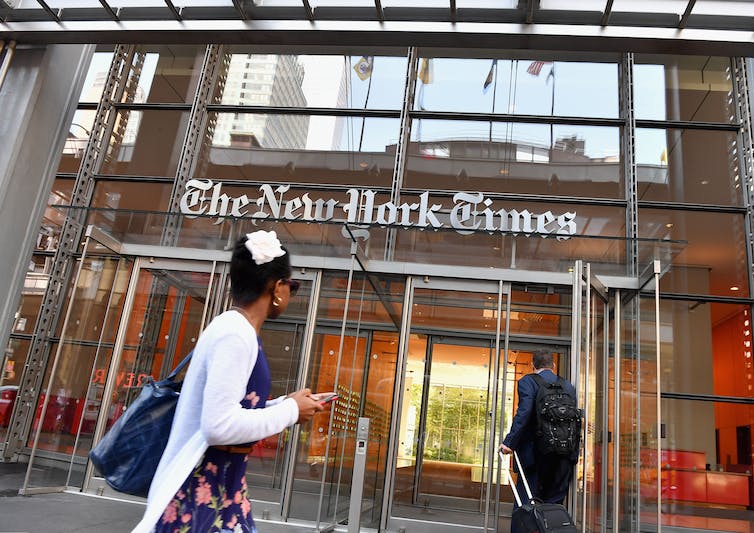 Publishers relied on this idea of separation to insist that their news reporting was fair and independent, and they believed that readers understood that separation.

This is a particularly American way of operating. Readers in other countries usually expect their newspapers to have a point of view, representing a particular party or ideology.

The creation of the op-ed page

One way that newspapers found to allow a greater range of opinion in its pages was to create an op-ed page, which publishes opinions by individuals, not those of the editorial board. As journalism historian Michael Socolow recounts, John Oakes, the editorial page editor of The New York Times in 1970, created the first op-ed page because, he felt, “a newspaper most effectively fulfills its social and civic responsibilities by challenging authority, acting independently, and inviting dissent.”

The op-ed page of a print newspaper typically includes the newspaper’s opinion columnists. These are employees of the paper who write regularly. The paper also usually publishes a selection of opinion pieces from outside writers. Newspapers around the country emulated the Times after the op-ed page debuted.

With the expansion of opinion pages online, the Times was publishing 120 opinion pieces a week at the time of James Bennet’s resignation.

While the move online allows the Times op-ed page to vastly increase its output, it also creates a problem: Opinion stories no longer look clearly different from news stories.

With many readers coming to news sites from social media links, they may not pay attention to the subtle clues that mark a story published by the opinion staff. 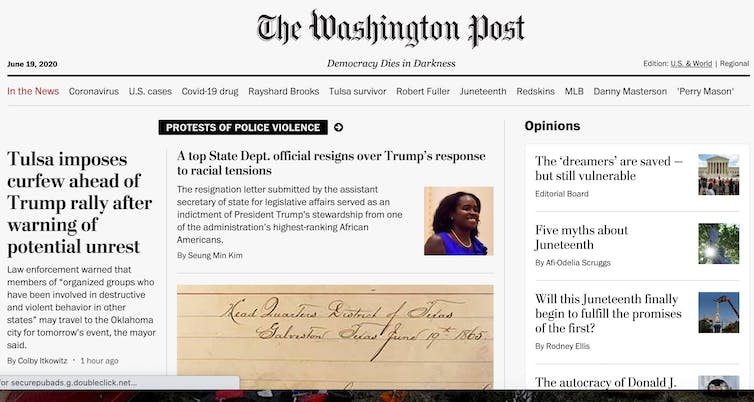 The Washington Post homepage on June 19, 2020. Opinions at top right; reporting to the left.
Screenshot

Add to this the fact that even readers who go to a paper’s homepage are met with news and opinion stories displayed graphically at the same level, connoting the same level of importance. And reporters share analysis and opinion on Twitter, further confusing readers.

The news sections of the paper also increasingly run stories that contain a level of news analysis that casual readers might not be able to distinguish from what the Times designates as opinion.

In 1970, when the op-ed page debuted in the New York Times, daily newspaper circulation was equivalent to 98% of U.S. households. By 2010, that number had dropped below 40% and has continued to dip since then.

Even if readers in 1970 could clearly differentiate between news and opinion, they likely do not have the same level of critical engagement when news exists online and in almost unmanageable volume.

If news organizations such as The New York Times continue to maintain that a robust opinion section, separate from their news reports, serves to further the public conversation, then those institutions will need to do a better job of explaining to news consumers where – or if – the “wall” between news and opinion exists.