More Must Be Done to Fight Bogus COVID-19 Cure Claims

Fake and bogus cure claims are a longstanding but neglected public health problem. 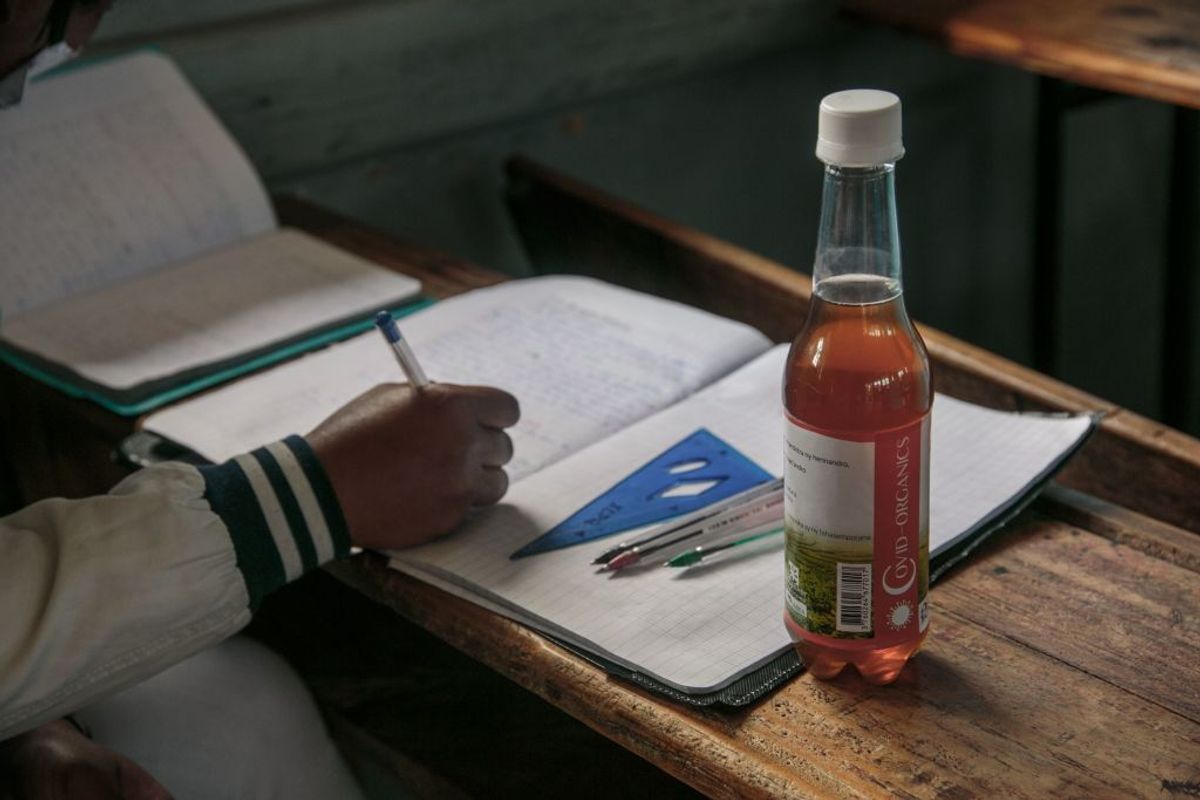 Fake and bogus cure claims are a longstanding, but neglected public health problem. Throughout recorded history, plagues have inspired anxiety and desperation. Time and again, this public nervousness has proved a fertile ground for false cures and claimants to thrive. In this sense, recent claims of COVID-19 cures and antidotes are no exception.

During the Spanish flu, cure claims generated a false sense of safety that drove hundreds to defy closures and isolation. In the US, scores of bogus remedies alleging to cure the flu were sold under upbeat labels that undermined preventive action. One ad boasted:

When Vick’s VapoRub is applied over the throat and chest, the medicated vapors loosen the phlegm, open the air passages and stimulate the mucus membrane to throw off the germs.

Fake and bogus cures caused the death of many as HIV swept around the world. In Nigeria, for instance, as early as the 1990s, Jeremiah Abalaka, a surgeon with fringe training in immunology, startled the world with his HIV cure claim. Many of the HIV patients who flocked to his private clinic reportedly died, including dozens of soldiers referred for treatment by the Nigerian government.

More recently, during both the Ebola and SARS epidemics, fake cure claims also circulated freely, with lethal consequences. For example, salt solution, snake venom, vitamin C, Nano Silver and some herbs were all touted as cures for Ebola. At least two people died in Nigeria and about 20 more were hospitalised after drinking excessive amounts of salt solution to prevent Ebola infection.

Sadly, history is repeating itself in the context of COVID-19. False claims range from US president Donald Trump’s touting of anti-malaria drug hydroxychloroquine as a miracle cure to Madagascar’s herbal “cure” promoted by President Andry Rajoelina.

In Ghana, a Pentecostal pastor launched and sold “Coronavirus Oil”, telling a packed church that it was effective against COVID-19. An American pastor also recently directed viewers to buy Optivida Silver Solution to prevent COVID-19. Its promoter had falsely claimed that the product was government-approved and has the ability to kill every pathogen it has ever been tested on, including SARS and HIV.

With growing global anxiety, many people are easy targets for cure scams and hucksters. Victims of fake cure claims are often among the world’s poorest and most vulnerable. Fighting these cure claims is integral to containing the COVID-19 pandemic.

Authorities across the world are working hard to ensure that correct information and messages on the pandemic reach everybody. But there is room to do more.

Why we must act now

Cure claims are dangerous. They delay treatment-seeking and promote reckless behaviour that may result in deaths. At least 300 Iranians have died from methanol poisoning after consuming alcohol to prevent COVID-19. Hours after Trump declared hydroxychloroquine as a miracle cure for COVID-19, people overdosed on it in Africa and Asia. In Arizona, a man died after reportedly treating himself with a COVID-19 home therapy derived from the same anti-malarial drug that the US president touted as a wonder drug.

Health literacy – the ability of patients to read, comprehend and act on
medical instructions – remains weak in many contexts. Several millions of health-seekers around the world rely on informal or inexpert sources for their health information needs. Hard-to-reach and vulnerable groups and communities must be targeted through bespoke health promotion strategies.

Online and traditional media offer immense potential to intensify public health education. They must maintain vigilance on COVID-19 cure scams and claimants as they emerge in diverse forms and places. However, merely identifying bogus COVID-19 cure claims or alerting the public about them is no longer enough.

Governments must also implement community health outreach programmes that communicate clearly and accurately. Such programmes should have fit-for-purpose feedback systems to enable lay persons in multiple contexts to raise concerns, ask questions and swiftly receive answers. One size will not fit all at this time. Part of the success recorded in Nigeria during the Ebola outbreak has been attributed to the use of different media, including government-sponsored TV and radio messages, town-criers, social media campaigns, and experts to communicate health information to its citizens.

Countries and national health bodies must integrate traditional healers, faith leaders and community principals in their COVID-19 response strategies. Several studies have documented proven strategies for effectively engaging lay and faith healers to offer correct support and information on epidemics. This is the time to bring these strategies to scale.

Robust mechanisms for holding scam COVID-19 cure claimants and hucksters accountable are also urgently needed. Currently, few countries have such mechanisms. But a good precedent exists in Australia, where a “healing church” that touted a bleach-based solution as a COVID-19 cure has been fined more than $150,000. Politicians and other thought leaders must also realise that their utterances and actions during this pandemic will have far-reaching health, social and economic consequences.