Coronavirus: Why the Math Behind ‘COVID Alert Levels’ Makes No Sense 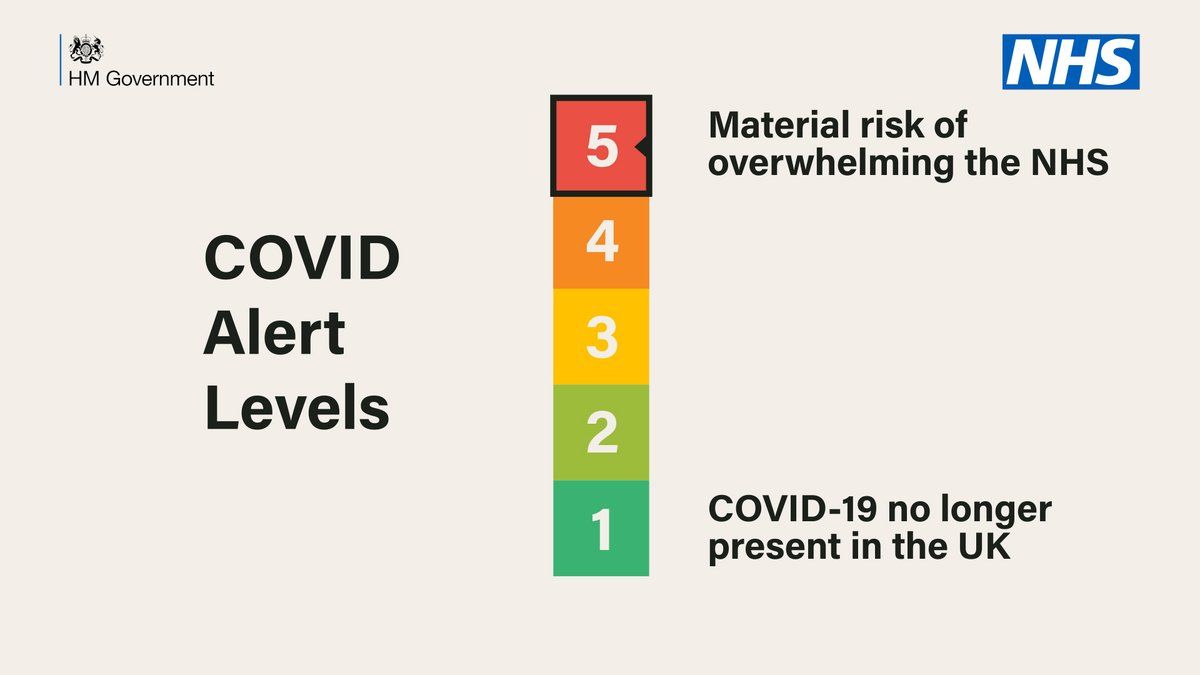 During these uncertain times of coronavirus lockdown, we are expected to look towards our leaders for advice and guidance. Critically, the instructions should be as simple and accurate as possible, to ensure that people follow the advice. Unfortunately, on May 10, Prime Minister Boris Johnson’s Twitter account released a number of “infographics” which are, quite frankly, baffling.

At the time of writing, the infographics are still available and no further explanation has been offered. The goal of the infographics was primarily to introduce the idea of the “COVID alert levels”, which go from one (COVID no longer present in the UK) to five (material risk of overwhelming the healthcare system). It’s a nice idea but, unfortunately, it’s practically useless.

For starters, the choice of one to five scale is quite arbitrary. To see why, consider the joke in the movie This is Spinal Tap that some amplifiers are better because they go all the way to 11 instead of 10, even though this is really just a random number.

Of course, the choice of scale is a subjective and an aesthetic one – not an actual problem. It is when you analyse the graphs and equation behind it that things get murky.

The alert level was explained by an equation: “COVID alert level = R (rate of infection) + number of infections”. Sadly, the equation is nonsense for a number of reasons. To understand why, let’s consider something we call units. 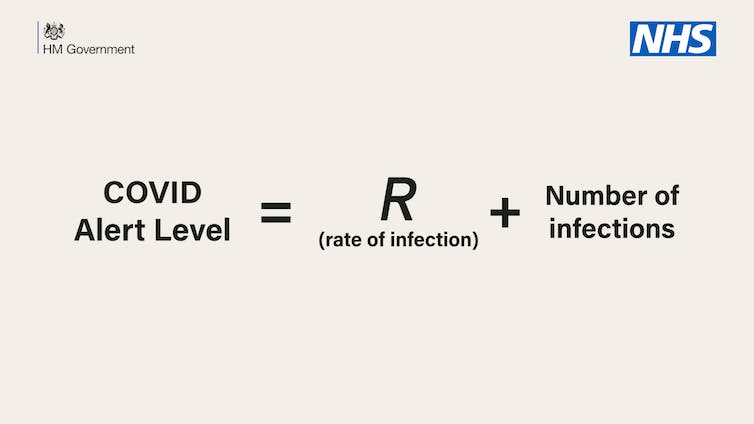 The government’s equation to explain its alert levels.

You may have been asked by your maths teacher to put units on your answers. For example, an answer to a problem may be “three apples”, “three metres” or “three years”. Although you may have thought your teacher was simply being picky, they were actually trying to teach you the importance of understanding units. Namely, you cannot add values that do not have the same units, for example “three apples + three metres” makes no sense.

This underlies the fundamental mistake of the government’s equation, which links the following three parameters.

This sounds sensible. You would want such an alert level to be based on these factors. However, you cannot simply add them up. You can’t add units of people per day plus people and get a unitless number between one and five.

Now let’s move on to the graph below, presenting information of the lockdown steps. Here, we see a humped curve that slowly decreases and suggests steps to ease lockdown along the way. Critically, there is no relation between the steps in the graph and the alert level, so we have to question what the equation is even for. 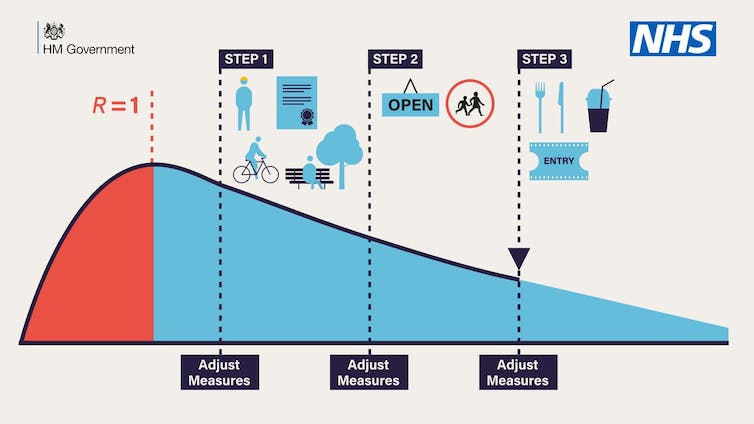 Graph showing how to ease the lockdown.

What’s more, the vertical (y-axis) and horizontal (x-axis) components of the graph are not labelled. So what information is the graph presenting?

It seems a safe assumption that the x-axis is time. But is it days, months or years? This is important because if we assume that the red part indicates January to May then the blue part of the curve would cover nearly two years. Since there is no key, interpretation of what the red and blue mean is fraught with problems.

And what is the y-axis? We might assume it is R given that a value of R is given at the peak of the curve. But why choose to plot R and not something more understandable, say number of cases? Equally, the lockdown was enforced due to R becoming larger than one. However, the infographic shows R being capped at one, even though R was larger than one in the past. Again this confuses the audience as to what R means.

Of course we should expect infographics to be illustrative, conveying general and simple ideas, rather than exact data. However, at a time when the government wants to instil confidence in their information and expertise, these figures simply make the situation worse by adding to the confusion and inconsistency of their “led by science” messages.