Something like trash-talking is happening in the race for a treatment for COVID-19, but no fair test of the two top contending treatments is being conducted. 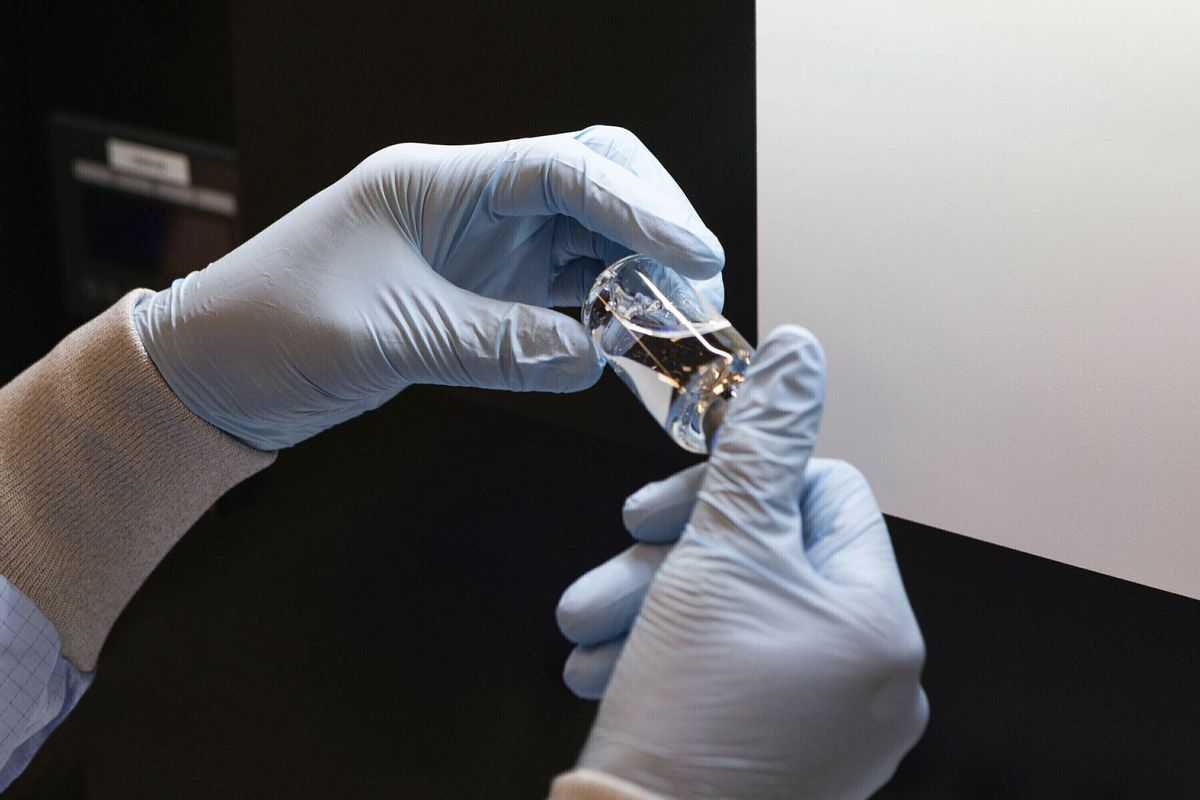 Image Via Gilead Sciences via AP

Rivals Usain Bolt and Justin Gatlin trash-talked each other before the 2016 Olympics, with Bolt calling Gatlin “old man”, and Gatlin calling Bolt “middle aged”. The banter was entertaining but vanished into insignificance when Bolt won. After the race, both athletes shook hands and accepted the result.

Something like trash-talking is happening in the race for a treatment for COVID-19, but – unlike with Bolt and Gatlin’s race, which decided the matter – there is no fair test of the two top contending treatments being conducted. The two competing treatments getting the most press are chloroquine, or its cousin hydroxychloroquine (usually given with an antibiotic), and remdesivir. Like almost all medical treatments, they both have benefits and harms.

Hydroxychloroquine is promoted by world-renowned French virologist Didier Raoult, who looks like a rock star. Remdesivir is being endorsed by Donald Trump’s scientific adviser, Anthony Fauci.

Fauci claimed that Raoult’s treatment may have “no effect”, and Raoult returned the favour by accusing Fauci’s trial of “surprisingly” changing outcomes mid-stream (death rate was initially the primary outcome measure but this was replaced with the time it took patients to recover). Missing from this exchange is a call for a fair head-to-head test of the two treatments.

Hydroxychloroquine is a cheap treatment for malaria, which some test-tube studies suggest inhibits the growth of viruses such as the novel coronavirus. Raoult noticed that it appeared to be very effective in most of his COVID-19 patients. He conducted a few trials that seemed to show a large effect, but the trials were small (fewer than 80 patients) and it seemed to have serious side-effects in some patients.

Raoult claims that patients in his hospital wouldn’t have agreed to a “fair test” of his treatment against any other (or a placebo) because they wanted hydroxychloroquine. This may be true in his hometown of Marseilles, where he has celebrity status, but not elsewhere. Also, the fact that he has fans in Marseilles should not have stopped him from publishing a protocol for a comparative trial.

Without a fair test, fans of remdesivir (and critics of hydroxychloroquine) will continue to find flaws with Raoult’s study.

Remdesivir, a drug developed by Gilead Sciences, has been shown to work in monkeys, but it flopped in the first trial for treating humans with COVID-19.

Revealing the dangerously non-transparent nature of the science in this area, the World Health Organization (WHO) initially posted the results of the failed trial and subsequently took the data down. Simultaneously, Gilead Sciences accused the WHO of “misrepresenting” the trial.

Another trial that didn’t test the drug against a control group, reported by industry-funded authors, found that 36 of the 53 patients who took remdesivir had improved lung function. Yet 60% of the patients had at least one side-effect, including abnormal liver function.

Most recently, the US National Institutes of Health funded a trial comparing remdesivir with placebos in 1,000 patients. The drug seemed to reduce the length of stay in hospital from 14 days – which was how long those who took a placebo were in hospital – to 11 days. However, Fauci announced the results on national television before the study was reviewed, so nobody can confirm independently whether it was a fair test.

Even if the trial of remdesivir versus placebo had no flaws, believers in hydroxychloroquine could say that their treatment would have fared better if it had been compared directly.

There is plenty more to the story of hydroxychloroquine and remdesivir. Last time I checked, there were almost 100 trials of either hydroxychloroquine or remdesivir registered worldwide. The problem is that none of them amounts to a fair side-by-side trial. A fair comparative test of a treatment is (conceptually) no more complex than a 100m race. Such comparative tests are the heart of evidence-based medicine.

In brief, we need a randomised, double-blind trial that compares one treatment against another. Such a trial uses (something like) flipping a coin to decide who gets what. Otherwise, if people choose which treatment they are on, it could turn out that, say, younger, healthier people chose one treatment over another. That would be like giving one of the treatments a head start. Blinding involves hiding knowledge of who got what (by making both treatments in the trial look the same). Blinding prevents people’s beliefs and expectations (which can influence outcomes) from influencing the outcome. Fauci and Raoult know this, and they have chosen not to ask for a fair test.

There is a silver lining to this evidence cloud in the form of an Oxford-based trial called RECOVERY. RECOVERY compares several options for treating COVID-19, including hydroxychloroquine. However, it does not include remdesivir.

In a recent interview with the Financial Times, the lead researcher of RECOVERY claimed that there was not enough remdesivir available. Also, the results of Fauci’s (unpublished) trial were not available at the time they designed the Oxford trial, so the RECOVERY researchers only had access to the earlier small trial in which remdesivir failed.

Sick patients are concerned with objective facts that can answer the question: “What is the best treatment for my COVID-19?” Until a head-to-head study of the two drugs is conducted, this vital question will not be answered satisfactorily. Instead, we will continue to get biased opinions, sometimes fuelled by conspiracy theories that inform treatment decisions.

For the sake of patients, energy spent promoting these partisan opinions need to be redirected towards conducting fair tests. Until this happens, these readily available objective facts will be obscured beneath biased opinions. As a result, more patients than necessary will remain ill and die.