Unconfirmed rumors claim North Korea's 'Supreme Leader' Kim Jong-un has died, or is near death with no hope of recovery. 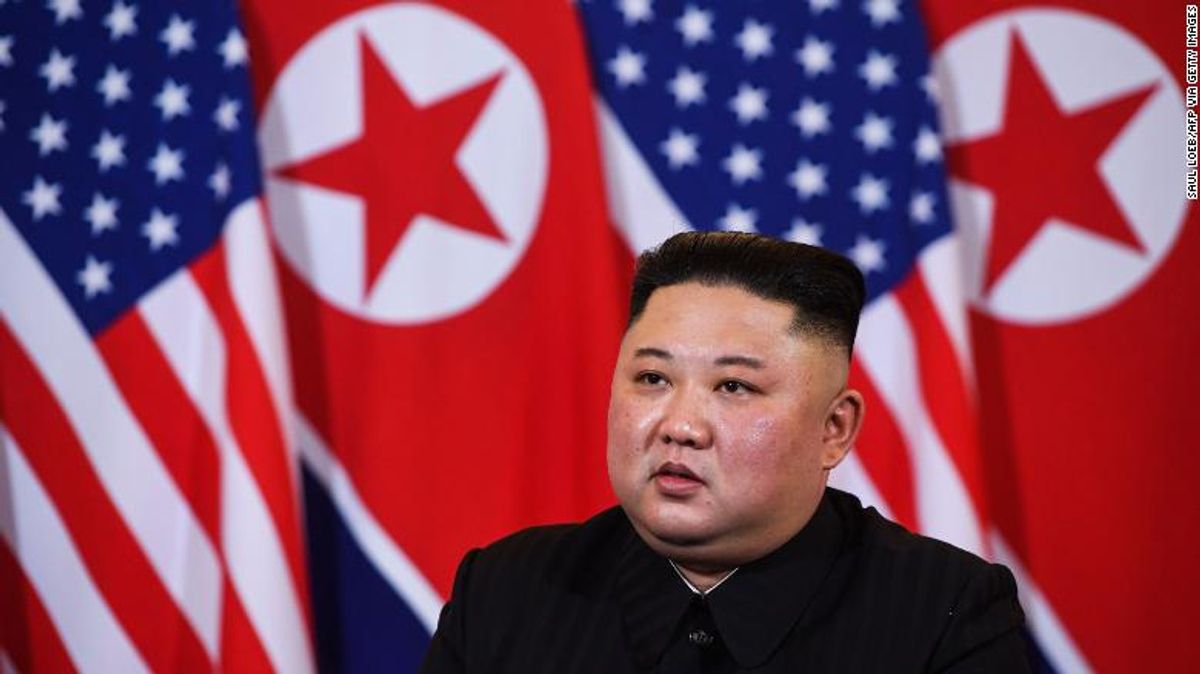 Multiple western news outlets, citing sources from Japan and China, have reported rumors that North Korean Supreme Leader Kim Jong-un has either died or is near death from complications following heart surgery:

A vice director of HKSTV Hong Kong Satellite Television, a Beijing-backed broadcast network in Hong Kong, claimed that Kim was dead, citing a "very solid source." Her post on the Chinese messaging app Weibo has been shared widely on social media, according to a report in the International Business Times.

Other unconfirmed reports, attributed to senior party sources in Beijing, said an operation to insert a stent went wrong because the surgeon’s hands were shaking so badly.

The North Korean dictator is in a “vegetative state” after he underwent heart surgery earlier this month, a Japanese magazine says.

According to Reuters, the weekly Shukan Gendai reported that a Chinese medic sent to North Korea as part of a team to treat Kim believed a delay in a simple procedure left the leader severely ill:

China has dispatched a team to North Korea including medical experts to advise on North Korean leader Kim Jong Un, according to three people familiar with the situation.

This rumor remains unconfirmed at the moment, and North Korean state media have provided no information about Kim’s health or whereabouts:

On Friday, a South Korean source told Reuters their intelligence was that Kim was alive and would likely make an appearance soon. The person said he did not have any comment on Kim’s current condition or any Chinese involvement.

An official familiar with U.S. intelligence said that Kim was known to have health problems but they had no reason to conclude he was seriously ill or unable eventually to reappear in public.

A Chinese source asserted that Kim had clutched his chest and fallen to the ground during a visit to the countryside earlier in April, whereupon a doctor accompanying him performed CPR and transported him to a nearby hospital.

Seoul-based website Daily NK, citing one unnamed source in North Korea, earlier reported that Kim was recovering after undergoing a cardiovascular procedure on April 12, while South Korean officials said they had detected no signs of unusual activity in North Korea.