Why Pandemics Are the Perfect Environment for Conspiracy Theories to Flourish

The whiff of conspiracy that inevitably seems to trail pandemics is nothing new. 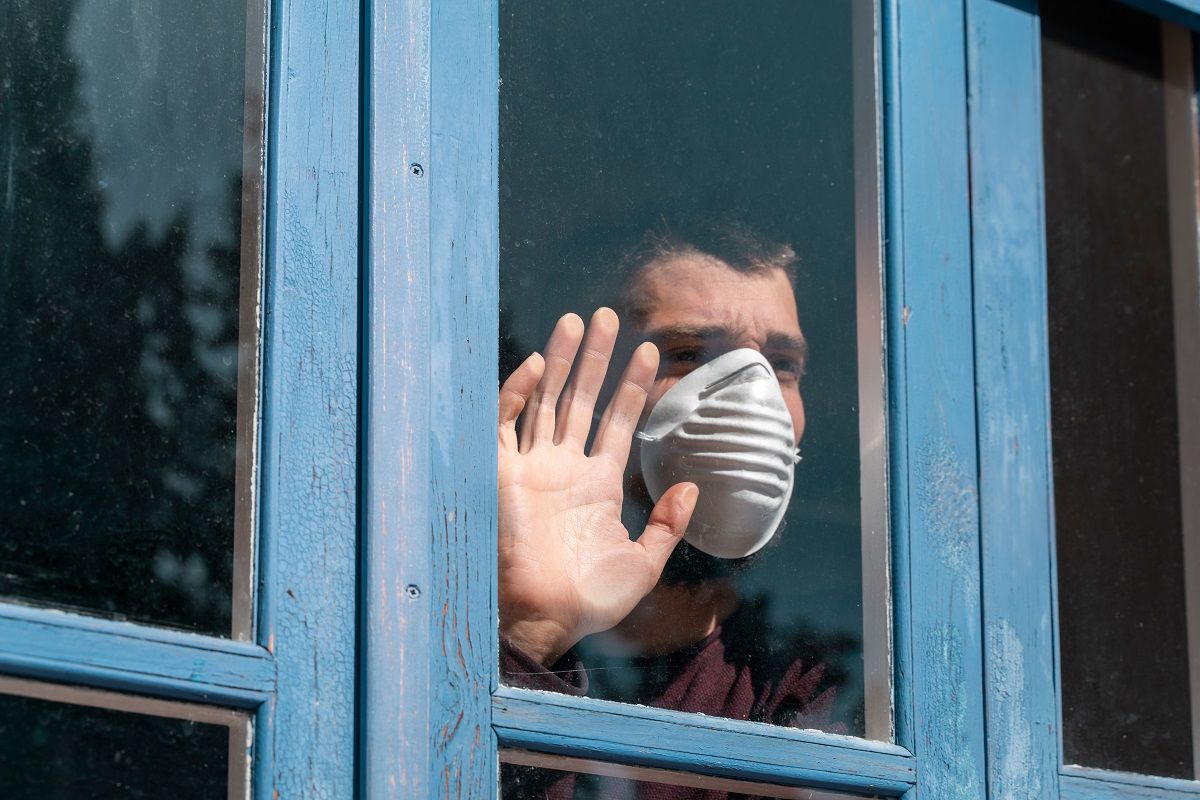 A bioengineered virus, a genetic mutation induced by 5G technology, a big pharma conspiracy, a plot single-handedly masterminded by Bill Gates or Georges Soros. Since the beginning of the coronavirus pandemic, conspiracy theories have spread like the virus itself.

The whiff of conspiracy that inevitably seems to trail pandemics is nothing new. When the 1918 flu pandemic hit the Americas, it was blamed on German submarines spreading the virus. During the 1630 plague in Milan, the combination of folk superstitions and widespread anxiety led to the trial, torture and execution of two citizens falsely accused of spreading the pestilence – a case minutely examined by the Italian novelist Alessandro Manzoni.

In his work on witchcraft, Carlo Ginzburg tells of persecutions against lepers and Jews in 14th century France. According to some chronicles, rumour had it that the Jews, acting on behalf of the Muslim prince of Grenada, had bribed the lepers so they would contaminate public fountains and wells in order to kill the Christians. Clearly, contemporary tales of viral bioweapons build upon a very old theme.

Like conspiracy theories, pandemics are about an invisible and powerful enemy hiding among us. Like pandemics, conspiracy theories are contagious or, as we say today, “viral”. But beyond these superficial similarities, they are connected by deeper affinities. 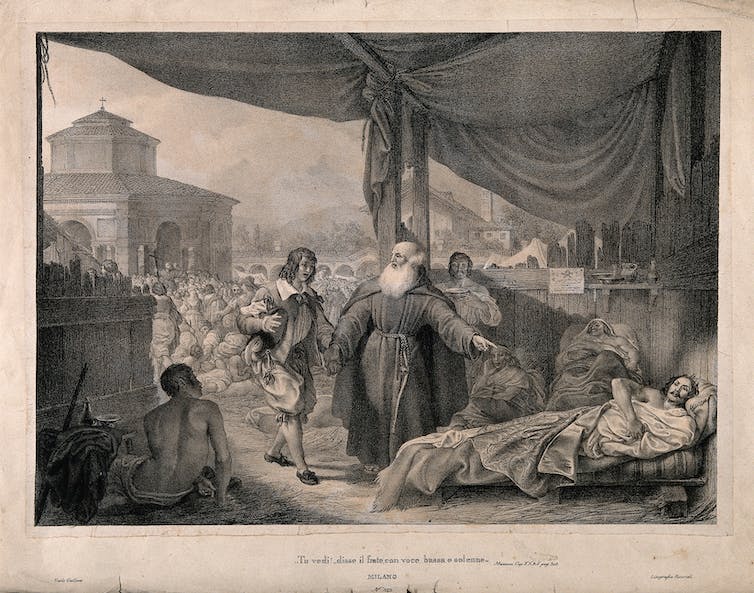 The great plague of Milan in 1630 spawned talk of conspiracy.
Wellcome Collection, CC BY

Pandemics are surrounded by a sense of impending apocalypse. Throughout history, they have been understood as final tribulations, a sign of the end time. In 1523, during a plague outbreak, while the richest inhabitants of Florence had scrambled for their countryside villas, those who had remained in the city were barricaded in their homes and trying to make sense of their predicament.

Many are looking for the cause behind this affliction, some say the predictions of the astrologists threaten us, others that the prophets had predicted it; there are those who remember some prodigy … so that everyone concludes that not only the plague, but an infinite number of other calamities are to befall us.

Today, only religious fundamentalists interpret the coronavirus pandemic as an omen of the final judgement or end times. Yet, apocalyptic thinking does not necessarily have to be religious or to countenance the end of earthly existence.

Italian anthropologist Ernesto de Martino proposed the idea of “cultural apocalypses” to designate the sense that a specific historical world is ending. For de Martino and his contemporaries in the mid-20th century, this manifested itself in the sense of existential crisis permeating post-war culture and in the actual possibility of atomic annihilation, but he intended the notion to apply to a wide range of historical situations.

We are living through such a cultural apocalypse today, as it becomes increasingly clear that the world as we know it is fast becoming a thing of the past and that whatever lies ahead will be utterly different. We have become the quarantined spectators of an unfolding catastrophe that underscores the frailty of the world we took for granted and of our own presence in it.

The impression that the world is dissolving and our impotence to stop this can make us feel a paralysing anxiety, incompatible with any productive form of social and cultural life. For de Martino, ancient mythologies, religions and even progressive secular cultures have contained this risk by emphasising a future around which a community could exist.

Without this, the apocalyptic experience becomes totally alienating. When all the certainties grounding our existence are shaken, it is easy to feel paranoid. Or, as de Martino put it, to sense hostile forces and feel victim of “conspiracies, machinations, curses”. Conspiracy theories and paranoid visions are the flipside of a cultural crisis in which the idea of a shared future has collapsed.

In an earlier work, de Martino observed that extreme situations of “suffering and deprivation” could trigger such existential crises. He mentioned wars, but he might as well have added pandemics. Self-isolation and quarantine epitomise the idea of being removed from the world and any sense of community. In these conditions it is easy to succumb to paranoia, especially if it is stirred up by cynical and reactionary politicians.

Unlike religious ideas of apocalypse, the secular version of conspiracy theories offers no element of redemption. Conspiracy theories perpetuate the paranoid sense of disaffection and powerlessness – the idea that evil forces are at work, which one has little power to stop. They further isolate people and deprive them of feeling that they can shape their own world, let alone make it a better one.

The political culture of the past 50 years has failed to offer the vast majority of people a sense of their own worthiness and to protect them against the existential risk of losing their livelihoods – indeed, their world. The current pandemic pushes us into the terminal phase of this crisis. The only way out consists of turning apocalyptic ideas on their head and ensuring that the end we are witnessing will not be an endless agony but a new beginning.