Sources linked to Republican and Democratic lawmakers had each accused the other side of politicizing the negotiations. 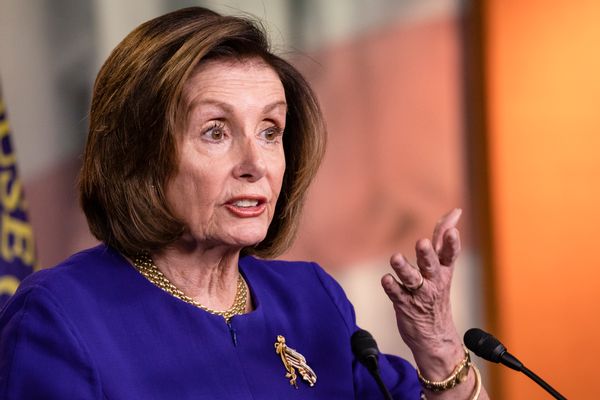 On March 11, 2020, U.S. House Democrats released a draft of legislation aimed at providing economic relief to families affected by the coronavirus pandemic. The following day, House Speaker Nancy Pelosi began negotiations with Treasury Secretary Steven Mnuchin over the language of the final bill. Despite mixed signals earlier in the day, Pelosi on March 13 announced that a deal had been reached with the White House.

One talking point that emerged during the negotiations was an allegation that Pelosi was delaying or hindering the talks by, according to the anti-abortion website Life News, "trying to add taxpayer financing of abortions to the bill to combat the Coronavirus." We reached out to Pelosi’s office for comment, but have not yet received a response. This claim originated from a report in the Daily Caller, which cited "multiple senior White House officials" as the source:

Speaking to the Daily Caller, those officials alleged that while negotiating the stimulus with U.S. Treasury Secretary Steve Mnuchin, Pelosi tried to lobby for “several” provisions that stalled bipartisan commitment to the effort. One was a mandate for up to $1 billion to reimburse laboratory claims, which White House officials say would set a precedent of health spending without protections outlined in the Hyde Amendment.

The account reported by Daily Caller, however, is one-sided. On March 12, Democratic Rep. Alexandria Ocasio-Cortez characterized the negotiations the opposite way, arguing that it was the White House holding up talks because of its insistence on adding anti-abortion language. "Right now we are hearing that some of the fights and some of the gridlock is because people are trying to put pro-life provisions into this," she told Fox News' Brett Baier. We reached out to Ocasio-Cortez’s office for clarification on this point, but have not received a response.

The hold-up appeared to have concerned the inclusion — or lack of inclusion —  of what is known as Hyde Amendment language in a proposed plan to create a federal fund to reimburse private insurers for covering the cost of coronavirus laboratory testing. The Hyde Amendment, which is added each year as a rider to the U.S. Health and Human Services funding bill, prohibits the federal government from funding abortions except in rare cases.

The concern the White House officials raised does not appear to have been the literal inclusion of language about abortion in a coronavirus aid package, but, instead, stemmed from a fear over how Pelosi’s bill could have set, as described by National Review, "a precedent under which health claims for all procedures, including abortion, could be reimbursed with federal funds." As described above, there have been competing accounts of the negotiations. One claim is that that Pelosi attempted to insert pro-abortion language into the bill or, possibly, omit the inclusion of Hyde Amendment statements. The other is that the White House wanted to insert language, likely Hyde Amendment-based, into the bill themselves.

Snopes is not privy to specific details of the negotiations between Pelosi and White House staff, and as such we are unable to untangle these competing narratives. The issue, however, is effectively moot: "We are proud to have reached an agreement with the Administration to resolve outstanding challenges," Pelosi said in a letter to lawmakers announcing that an agreement with the White House was reached. Provisions in the bill reportedly will include federal support for free coronavirus testing, paid sick and family leave, and food assistance for poor families.