Coronavirus: Why People Are in a Panic to Buy Toilet Paper

Social media has been flooded with images from across the world of shopping carts lined up at check outs, empty shelves, and crazed shoppers carrying six months’ worth of toilet paper. 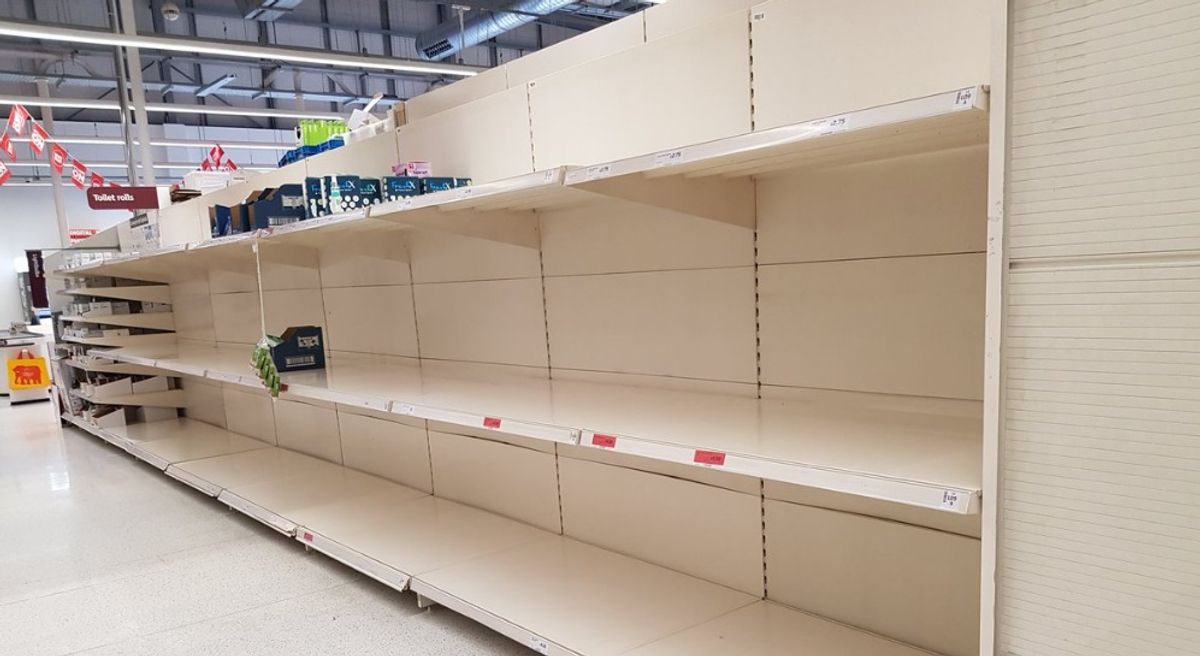 This article by Andy J. Yap is republished here with permission from The Conversation. This content is shared here because the topic may interest Snopes readers; it does not, however, represent the work of Snopes fact-checkers or editors.

The UK has found itself in a panic buying frenzy in response to the novel coronavirus outbreak. A very flustered health secretary Matt Hancock urged restraint and attempted to calm fears of shortages on BBC television’s Question Time after being asked about a lack of paracetamol, dry pasta and toilet paper.

The UK is not alone. Social media has been flooded with images from across the world of shopping carts lined up at check outs, empty shelves and crazed shoppers carrying six-months’ worth of toilet paper. Just seeing this footage has fed the panic, escalating the problem far beyond anything that was noted during the SARS epidemic when digital connections were far less prevalent.

These kind of posts are spreading hysteria and false news to the extent that coronavirus hoaxes have, arguably, become dangerous in their own right. If they want panic buying to stop, governments need to demonstrate that they are in control through decisive action and sustained and transparent communication.

In research I conducted with marketing professors Charlene Chen and Leonard Lee, we found that consumers compensate for a perceived loss of control by buying products designed to fill a basic need, solve a problem or accomplish a task. This is what we’re seeing as people rush to buy rice, cleaning products and paper goods in illogically large proportions.

This has led to price gouging and shortages of vital health equipment where it is needed most.

In times of crisis, people don’t want a huge debate, they want action. To assuage people’s anxiety and help them regain a feeling of control, it is up to governments to signal that they have a game plan in mind and are taking timely steps to address the problem.

Singapore – which has had no virus-related deaths, despite 112 cases and a rate of infection that’s been outpaced by recoveries – has emerged as an example of how to contain both the infection and maintain citizen’s trust.

A day after signs that people were panic buying rice and instant noodles, Prime Minister Lee Hsien Loong was on television calling for calm, and assured Singaporeans: “We have ample supplies, there’s no need to stock up.” 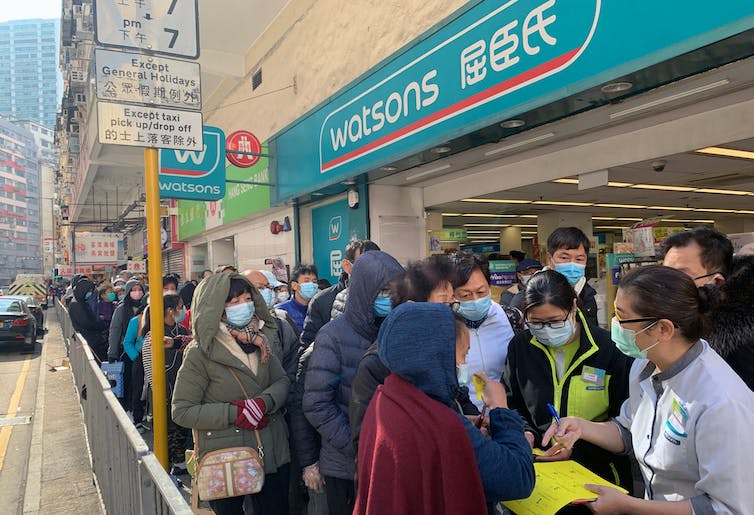 Singapore was one of the first countries to impose entry restrictions on anyone with recent travel history to China and parts of South Korea. The country has also introduced temperature screening, systems to identify people who have been in contact with carriers, and strict hospital and home quarantine regimes for potentially infected patients. Firm action, in the form of fines and jail time, is being taken towards those who breach these new rules.

The government has made regular public statements and been very frank with its people about the dangers posed by the coronavirus. A week after the panic buying frenzy, things have calmed down and shoppers have gone back to purchasing items in normal quantities.

This contrasts with what is happening in Japan and Iran, where governments are under fire for their lack of transparency. This distrust stems from concerns that governments may be deliberately concealing or may not have access to accurate information.

This has led to people stockpiling goods, which in Japan has resulted in shortages of toilet paper. Long lines and price surges have followed. Theft is now so common that some establishments have taken to chaining rolls to their dispensers.

While the UK government has published an official coronvirus action plan, setting out advice for how the public should respond during each stage of the outbreak and what to expect if it becomes a pandemic, there have been hiccups in communication that have stoked rather than tempered fears.

The most recent problem was the decision to withhold daily updates about the geographical spread of the virus. The government has since made a u-turn on this, calling it a “a communication fumble” and acknowledging that such lack of transparency would only lead to feelings of government secrecy and aid the potential spread of fake news.

How action is communicated, including when and how often, is critical to diffusing panic. The situation of any pandemic is so volatile that government policies may need to evolve rapidly in response. As seen in Singapore, strong communication can be the difference between seeming to understand the dynamic nature of the situation and not knowing how to address it at all.