Why Do Christians Wear Ashes on Ash Wednesday?

Ash Wednesday is the traditional start of the Christian season of Lent. 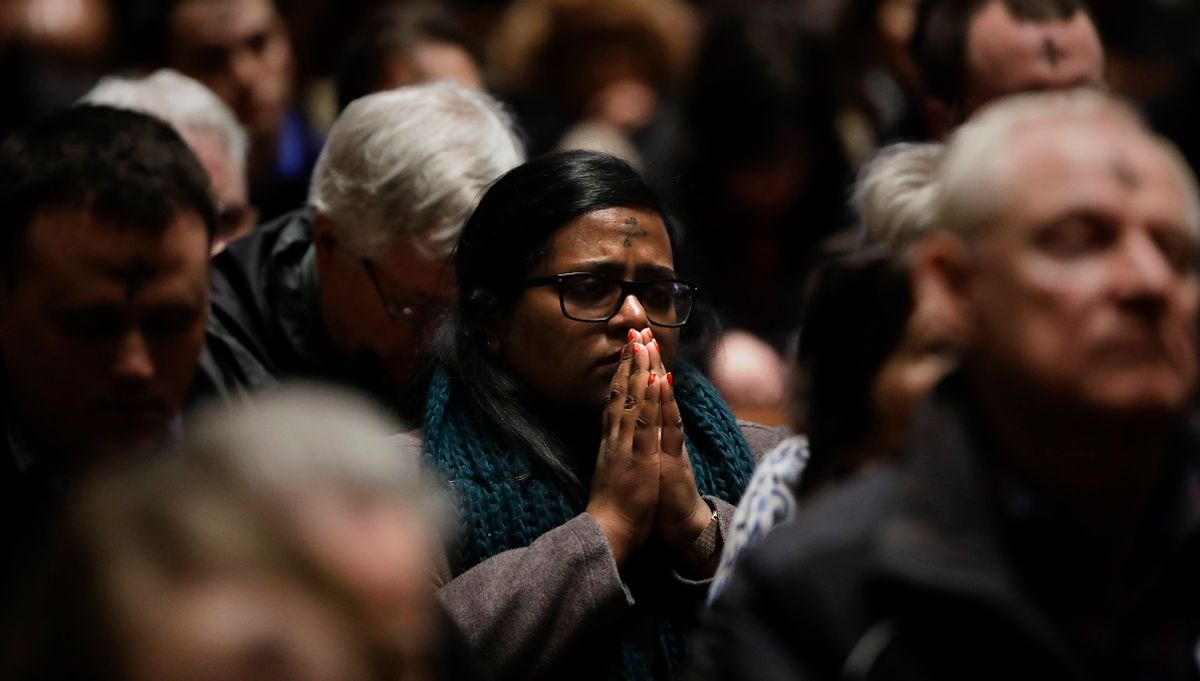 This article by Michael Laver is republished here with permission from The Conversation. This content is shared here because the topic may interest Snopes readers; it does not, however, represent the work of Snopes fact-checkers or editors.

This coming Wednesday many Christians will arrive at work with a black cross smudged on their foreheads; countless more will slip into a church or a chapel during their lunch break or after work to receive the sign that tells the arrival of Ash Wednesday, the traditional start of the Christian season of Lent.

As both a priest in the Episcopal Church as well as a historian of Christianity, I’ve come to appreciate many of the liturgies and practices that characterize the modern church and have their roots in ancient traditions. The practice of donning ashes is one of them.

In the Bible we are told that when the prophet Jonah pronounced God’s wrath on the city of Nineveh for its “wickedness,” likely because of the worship of idols or “false” gods, the king, in an act of sincere penitence, put on sackcloth and sat in ashes.

God was moved by this genuine act of repentance and spared the city from destruction. This story was meant to demonstrate that God is merciful and heeds true remorse.

This spiritual dimension of ashes is emphasized all through the Bible. In the Gospel of Matthew, Jesus deplores the lack of concern for the poor and marginalized on the part of the establishment of the day, as he passes through some towns.

He called out the hypocrisy of religious leaders who taught righteousness on the one hand, but lived lives of luxury and wealth at the expense of the poor on the other. At one point Jesus condemned the religious leaders as “whitewashed tombs, which on the outside look beautiful, but inside they are full of the bones of the dead and of all kinds of filth.”

When pronouncing these judgments, Jesus makes reference to sackcloth and ashes as a form of penitence.

How the practice evolved

As early as the ninth century the church started to use ashes as a public demonstration of repentance for sins. 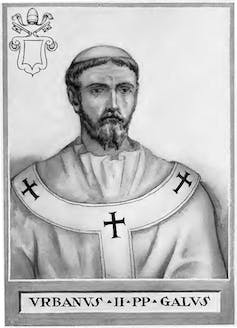 It was only in 1091, however, that their use was ritualized. Pope Urban II decreed the use of ashes to mark the beginning of a 40-day season of Lent, a time when Christians imitate Christ’s 40-day period of fasting. This period is said to have prepared Christ for his three-year ministry that would culminate in his arrest, crucifixion and resurrection.

With the Protestant Reformation of the 16th century, the use of ashes generally fell out of favor in non-Catholic denominations. However, it returned in the 19th century when many Protestant churches entered into intentional dialogue with each other and with the Catholic Church, a phenomenon that is called the “ecumenical movement.”

Today most “mainline” denominations, including Catholics, Baptists, Episcopalians, Methodists, Presbyterians and others allow for the “imposition” (as called in Catholic and Episcopalian prayer books) of ashes during an Ash Wednesday service. In some churches, the ashes are obtained by burning the palms blessed in the previous year’s Palm Sunday service – a time for Christians to remember Christ’s triumphal entry into Jerusalem days before he was crucified. The resultant ash, depending on local practice, might then be mixed with oil to make them adhere more easily to the forehead.

In recent years several churches have put a new spin on the traditional Ash Wednesday service by providing what has been called “ashes to go.” In this new take on an ancient practice, a pastor stands in a very public, often busy, place and offers the ashes to any passersby who wishes to receive them, whether or not the person is Christian. 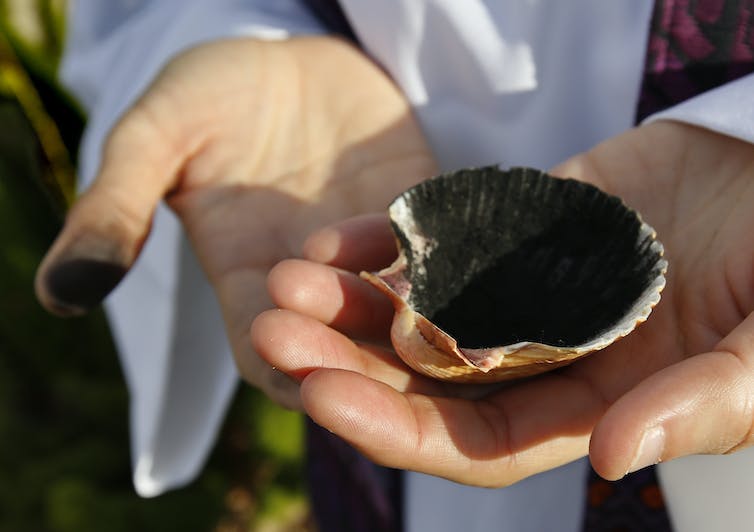 The pastors at St. John’s church in California provide ‘Ashes to Go’ for those who want to participate in the start of the Christian observance of Lent but are unable to attend a full church service.
AP Photo/Rich Pedroncelli

Stories abound of pastors providing “drive-through ashes” in which the penitent does not even have to get out of the car. A website called “ashes to go” provides not only a list of global sites at which one can receive ashes in this way, but also has an FAQ section containing advice for churches contemplating such a service.

For a supremely ironic twist on Ash Wednesday, one only has to observe that the Gospel reading appointed for the day is from Matthew, chapter 6. Here Jesus rails against religious hypocrisy by criticizing those whose religious piety is done mainly for show:

“Whenever you fast, do not look dismal, like the hypocrites, for they disfigure their faces so as to show others that they are fasting. Truly I tell you, they have received their reward. But when you fast, put oil on your head and wash your face, so that your fasting may be seen not by others but by your Father who is in secret; and your Father who sees in secret will reward you.”

Christians bearing the sign of the cross on their forehead this Wednesday will be sharing a formal practice that dates back over a thousand years, and more than that – in a tradition that goes back much earlier.