Was Ripping Up the SOTU Speech Illegal? Legal Experts Say No

While one lawmaker has filed an ethics complaint against U.S. House Speaker Nancy Pelosi, legal scholars have refuted this claim. 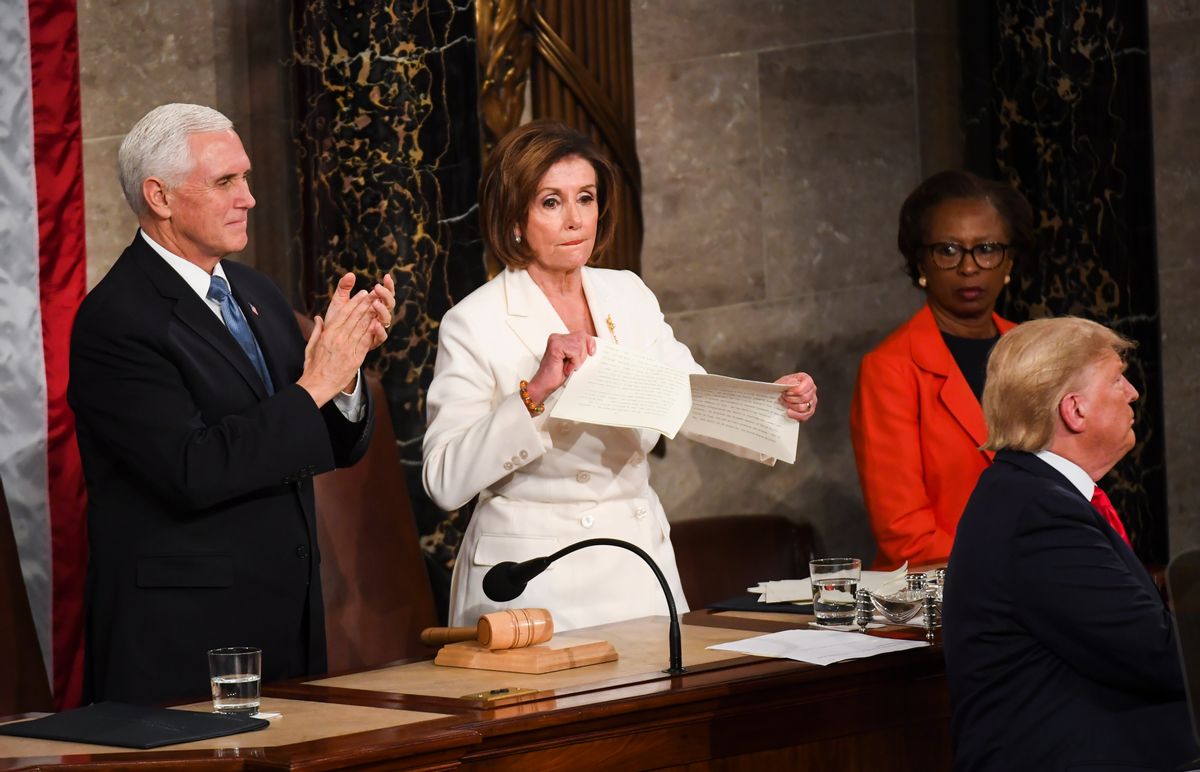 On Feb. 4, 2020, shortly after U.S. President Donald Trump finished delivering his State of the Union address, House Speaker Nancy Pelosi picked up her copy of the speech and ripped it in half. In a debate that followed immediately on social media, some people applauded Pelosi for the act and others criticized her for being disrespectful. And some conservative commentators went so far as to say that Pelosi's act was not just uncivil, but illegal. Florida Rep. Matt Gaetz ran with this idea and filed an ethics complaint against Pelosi, alleging that she violated the same law: Whether these claims are true rests on the answer to a single question: Was the document that Pelosi ripped in half an official government document designated for preservation?

Although Kirk is right to say that 18 U.S. Code § 2071 prohibits the destruction of government records, the text of this statute (reproduced in full below) notes that this only applies to documents that have been "filed or deposited with any clerk or officer of any court of the United States" (emphasis ours):

(a)Whoever willfully and unlawfully conceals, removes, mutilates, obliterates, or destroys, or attempts to do so, or, with intent to do so takes and carries away any record, proceeding, map, book, paper, document, or other thing, filed or deposited with any clerk or officer of any court of the United States, or in any public office, or with any judicial or public officer of the United States, shall be fined under this title or imprisoned not more than three years, or both.

(b)Whoever, having the custody of any such record, proceeding, map, book, document, paper, or other thing, willfully and unlawfully conceals, removes, mutilates, obliterates, falsifies, or destroys the same, shall be fined under this title or imprisoned not more than three years, or both; and shall forfeit his office and be disqualified from holding any office under the United States. As used in this subsection, the term “office” does not include the office held by any person as a retired officer of the Armed Forces of the United States.

The document that Pelosi ripped in half had not been filed with any clerk or officer. It was simply handed to her by Trump before he delivered his State of the Union address. While this is a tradition, it is not a legal requirement. In other words, Pelosi was in possession of a personal copy of Trump's speech and not an official government record designated for preservation.

What a dumb idea! Not even Bill Barr would fall for that ludicrous misapplication of the federal law criminalizing mutilation of government records. The copy was the Speaker’s own, it wasn’t a government record to begin with, and her action was purely symbolic expression well within the protection of both the speech and debate clause and the first amendment.

Heidi Kitrosser, a law professor at the University of Minnesota, told Politifact, "I take it that this is a printout of the Trump speech, in which case it is absurd to suggest that Pelosi can be prosecuted for doing with it whatever she pleases."

Jonathan Turley, a professor at the George Washington University Law School who also served as a Republican witness during a congressional hearing on President Trump's impeachment, said that Pelosi "demolished decades of tradition" when she tore up Trump's speech. Turley also criticized Pelosi for destroying a historic document.

That last act (tearing her copy of the speech) has led some to allege that she also violated 18 U.S.C. §2071 in the destruction of an official document. That claim is dubious and should not take away from the more serious question of Pelosi violating her duty to remain a neutral representative of the whole house and not just a partisan member or worse a political troll...

The main problem is that I am not convinced that this is a covered document. The law does not prevent the destruction of any government document in any form. If so, we would have nothing but warehouses from sea to sea. I cannot find any source that stipulates the preservation of this document or even requires that it be given to the Speaker. The Constitution speaks of the address being given, not copies bestowed. Frankly, I was a bit surprised because the Speaker’s copy is a historic document of significance. It should be preserved as part of the history of the House. It is also “official” in the sense that it is the symbol of the President completing his constitutional obligation to Congress. Yet, it is not list as an official document for custodial or preservation purposes.

While some may believe that Pelosi acted unethically when she ripped up a copy of Trump's State of the Union address, it doesn't appear that she did anything illegal.;

We reached out to the House Ethics Committee for more comment on Gaetz' complaint and will update this article if more information becomes available.