Advocates are concerned about the downstream effects of the new rule if it goes into effect as is. 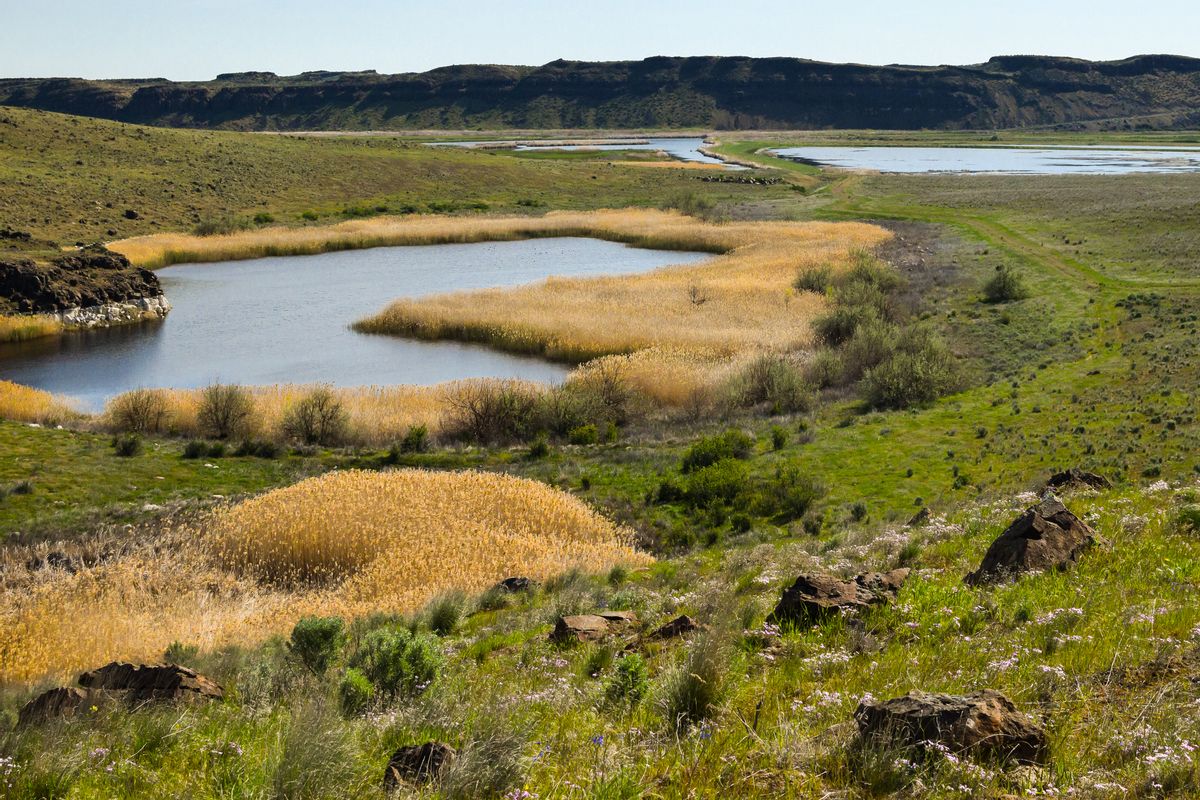 After the Trump administration announced "The Navigable Waters Protection Rule" on Jan. 23, 2020, Snopes readers asked us to verify whether the administration was essentially gutting water regulations.

Although it is true the administration’s new rule would sharply curtail protections for streams and wetlands in the U.S., legal challenges and an upcoming presidential election mean the future of the regulation is unclear. The rule was set to go into effect 60 days after being published in the Federal Register on the aforementioned date. A dozen states and New York City are suing to block the rule from taking effect, however.

To help address reader concerns, here’s a closer look at the implications of the new rule.

Since 1972, the Clean Water Act (CWA) has vested the Environmental Protection Agency (EPA) and the U.S. Army Corps of Engineers with the power to protect "waters of the United States" from pollution and other environmental harm.

Legal challenges to the scope of, or policy changes regarding the interpretation of, the CWA often revolve around the definition of "waters of the United States." The executive branch has at times issued executive orders on how to interpret the phrase.

Specifically, the order sought to consistently define "waters of the United States" as it appears in two federal rules:

The Trump EPA referred to the assessment and change of the WOTUS rule as "Step 1" in the agency's repeal of Obama-era regulations, and issued a final rule that took effect on Dec. 23, 2019.

"Step 2" concerned the definition of "Navigable Waters" as it relates to environmental protection. A final rule on this definition was issued on Jan 23, 2020, and as mentioned earlier was slated to take effect 60 days after the rule's publication in the Federal Register.

Both of these "steps" serve to loosen restrictions on the CWA by restricting the scope of "waters" that require protection. Here’s how:

What Is the New Rule, Exactly?

According to the EPA, the Trump rule would establish a more limited definition of "waters" regulated by the Clean Water Act in order to outline a more restrictive interpretation of which waters are subject to federal control. In short, the new rule removes federal protections for "ephemeral" streams and wetlands, or seasonal bodies of water that depend on rain or snowfall.

Although the new Trump regulation has been couched as a repeal of an Obama-era rule, it goes further than simply undoing the 2015 rule. "That’s a huge rollback from way before Obama, before Reagan,” Blan Holman, a senior attorney with the non-profit Southern Environmental Law Center, told NBC News.

"Ephemeral" waterways are prominent in the "arid west," or the region of the U.S. where water is more scarce. Those states include "all or portions of 12 states: Arizona, California, Colorado, Idaho, Montana, Nevada, New Mexico, Oregon, Texas, Utah, Washington, and Wyoming."

The EPA in 2008 estimated that nearly 81% of streams in six southwest states (Arizona, Nevada, New Mexico, Utah, Colorado, and California) flow only seasonally, meaning they would lose federal protection under the new Trump rule. In New Mexico, the Los Angeles Times reported that 96%  — or nearly all — of the state’s waterways could be affected, and the state does not have its own regulatory framework to fill the void left by the loss of federal protection.

So What Do Those Changes Mean?

As announced in Las Vegas by EPA Administrator Andrew Wheeler at the National Association of Home Builders International Builders’ Show in Las Vegas, the new definition "achieves the proper relationship between the federal government and states in managing land and water resources” and "gives states and tribes more flexibility in determining how best to manage their land and water resources while protecting the nation’s navigable waters as intended by Congress when it enacted the Clean Water Act."

It also means industries like coal mining, oil and gas, real-estate development, and agriculture won’t have to obtain permits to build on or discharge pollutants into ephemeral waterways; and though such waterways flow seasonally instead of year-round, they are still sources of both tap water and recreational bodies of water for downstream communities.

In a statement sent to Snopes, an EPA spokesperson said the 1974 federal Safe Drinking Water Act "lays out the statutory roles and responsibilities for ensuring that our drinking water is safe, and the Navigable Waters Protection Rule does not change that." Experts told us that while that's true, the new rule would make ensuring tap water meets quality standards more difficult and, thus, more expensive.

Brett Hartl, government affairs director for the nonprofit environmental advocacy organization Center for Biological Diversity, told us the safety of drinking water wouldn't ultimately be impacted by the Trump rule change because water utilities are required by law to meet certain standards. But the rule change means that efforts by utilities to purify drinking water would be more difficult and thus more expensive, a cost that would likely be passed on to consumers.

"It is true that water quality out of the tap won’t change, but if you swim in a river or a stream, or if you go fishing and you want to eat the fish you catch, that may have more toxic heavy metals in it than before, [and] that is also true,” Hartl told us. "If you care about seeing wildlife along the river, there will be less of it because the rivers will be degraded. There will be costs, but they will just be passed on to people."

We asked the EPA what steps will be taken to protect clean drinking water and avoid pollution costs being passed on to the public, but we did not receive an answer to this specific question.

What Other Effects Should We Anticipate?

The new rule has been cast as a boon for farmers. But farmers were already exempt from many regulatory hurdles, according to The Associated Press. Instead, real-estate developers "and those in other business sectors [that] take out substantially more permits than farmers for projects impinging on wetlands, creeks and streams [...] stand to reap the biggest regulatory and financial relief from the Trump administration’s rollback of wetlands protections."

Critics argue that the public would be left with polluted recreational waters and higher bills as utilities work harder to purify drinking water; citizens would also foot other costs, critics contend, because flood control would become more difficult and more expensive as wetlands, which act as buffers against floodwaters, would be destroyed.

"What this does is transfer the costs for pollution control and wetland destruction from the perpetrators of that pollution and destruction to the downstream communities who will have to try desperately to compensate for this loss of protection," said Betsy Southerland, who served as director of the Office of Science and Technology in the EPA’s Office of Water until 2017. "For the downstream communities, their drinking water supplies and recreational waters will experience more pollution, and they’re going to have more flood threats."

Southerland, a volunteer for the Environmental Protection Network, a nonprofit organization made up of former EPA staff and political appointees, said many states have relied on the federal government’s regulatory system for water protection and don’t have their own system in place to take on the task.

State officials in Arizona, for example, initially estimated 98% of waterways would lose Clean Water Act protection, but they now expect that percentage to be lower. Officials there are reviewing state-level protections for Arizona water losing federal protection. "However, any regulatory authority in the program will have to be approved by the legislature, and the State doesn't expect a program to be in place until 2023," said Arizona Department of Environmental Quality Spokesperson Erin Jordan, in an email to Snopes.

Furthermore, Southerland pointed out that 36 states have laws in place that "could restrict the authority of state agencies or localities to regulate waters left unprotected by the federal Clean Water Act."

The destruction of wetlands could mean an increase in flooding like the 2017 disaster resulting from Hurricane Harvey, in Houston, Texas, said Lacey McCormick, senior communications manager for the conservation non-profit National Wildlife Federation.

"Keeping these wetlands intact is very important for protection from flooding," McCormick said. "Wetlands are like sponges. They absorb floodwaters. They can also absorb and keep pollutants from flowing downstream into our drinking water. The impacts are obviously quite significant."

Hartl said he believes the Trump administration is banking on the idea that despite legal challenges to its new rule, a more conservative U.S. Supreme Court will treat the rule-change favorably.

Holman, Blan. "The Clean Water Act Was a Staggering Bipartisan Achievement. Now Trump Is Gutting It."    The Guardian. 29 January 2020.

Environmental Protection Agency. "The Ecological and Hydrological Significance of Ephemeral and Intermittent Streams in the Arid and Semi-arid American Southwest."     November 2008.

Updated with comment from Arizona Department of Environmental Quality spokesperson.