Does Impeachment Need a Crime? Not According to Framers of the Constitution

The framers understood that “high crimes and misdemeanors” included acts that may not necessarily violate any criminal law, but do constitute a serious violation of the public trust. 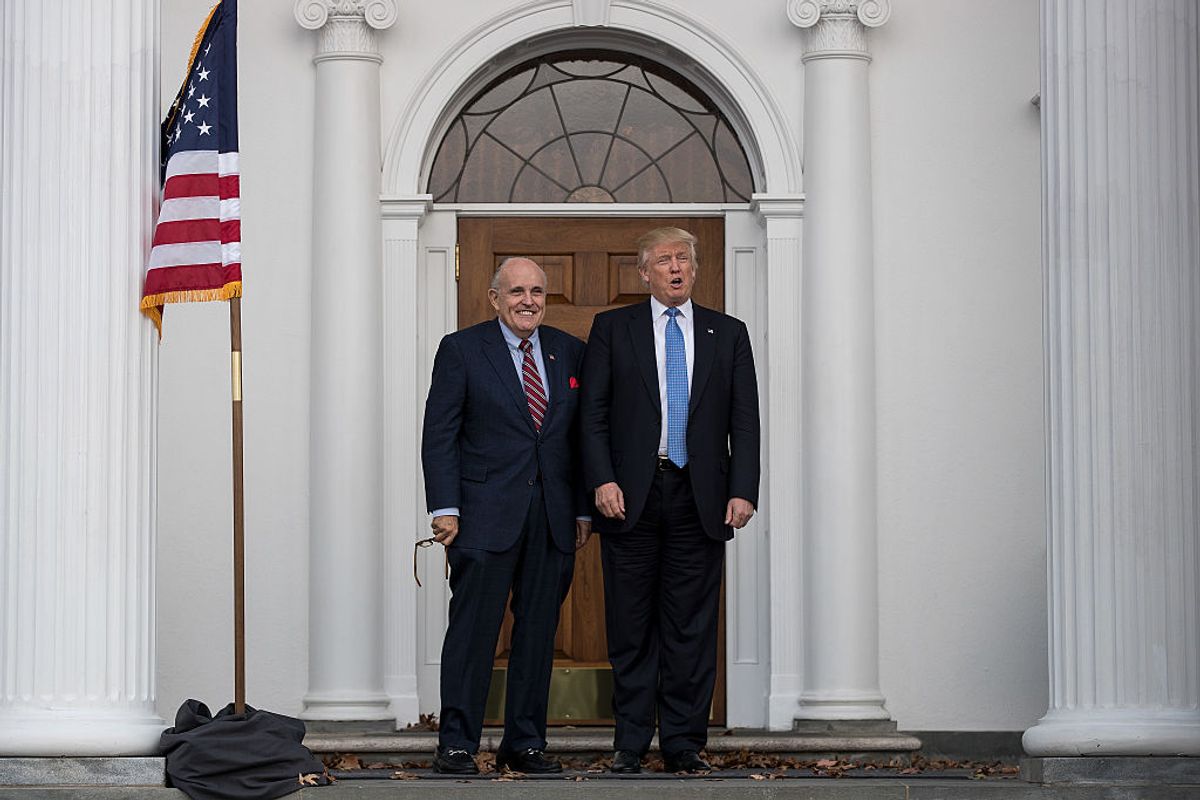 Donald Trump’s legal and political defenders are all singing the same refrain: The president can’t be impeached; he hasn’t committed a crime.

Alan Dershowitz, the constitutional lawyer now representing Trump, said it during an appearance on CNN. Sen. Ted Cruz echoed it on Twitter, noting there was “not even a speeding ticket.” And, of course, Trump himself has used the phrase “no crime” repeatedly as he seeks to delegitimize the impeachment hearings.

But does the impeachment and conviction of a president require an actual criminal offense, as the president’s counselors and supporters argue?

Democrats clearly don’t think so. Jerrold Nadler, the Democratic chair of the House Judiciary Committee, lectured senators at the impeachment hearing on Jan. 23 that the Constitution made it clear that a crime was not necessary for the president to be impeached.

This question of constitutional interpretation is critical to experts such as me, since the two articles of impeachment now pending in the Senate allege actions — including the abuse of power and the obstruction of Congress — that do not themselves constitute a violation of any criminal law.

And even though the Government Accountability Office has concluded that the President’s withholding of aid to Ukraine was unlawful under the Impoundment Control Act, the president’s actions do not give rise to criminal penalties.

Treason, a matter of dates

It’s important to understand what is not on the table.

Under the impeachment clause of the Constitution, a president may be removed from office “on impeachment for, and conviction of, treason, bribery, or other high crimes and misdemeanors.”

Treason is a criminal offense, defined in the Constitution as acts that “consist of levying war” against the United States or giving “aid and comfort” to its enemies. The Supreme Court has held that it can take place only in wartime.

Under this definition, Trump did not commit treason. Treason is not a catch-all phrase for unpatriotic acts. It requires actions like those of Benedict Arnold, the American general who betrayed his country to fight for the British in the Revolutionary War.

Bribery, also a criminal offense, was not alleged in the pending articles of impeachment.

That leaves us with “other high crimes and misdemeanors.”

The Republican Party has long advocated for constitutional interpretation that relies on the original intent of the framers. So what did the framers mean by this lofty phrase, and what did they reject as impeachable offenses?

During the Constitutional Convention, George Mason moved that the impeachment clause follow the term “bribery” with “or maladministration.”

But James Madison objected on grounds that it was too broad and would subject a president to tenure only at the pleasure of the Senate. So the phrase was replaced by “other high crimes and misdemeanors.”

The framers intended the phrase to convey a more serious connotation than simple incompetence or poor administration. In Federalist Paper No. 65, Hamilton made clear that impeachable acts must involve “the abuse or violation of some public trust” and “relate chiefly to injuries done immediately to the society itself.”

Examples of impeachable offenses cited by the framers provide further context. In response to concerns that the president could use his pardon powers to protect his own bad acts from detection, Madison responded: “if the president be connected, in any suspicious manner, with any person, and there be grounds to believe he will shelter him, the House of Representatives can impeach him.”

Madison makes no reference to any crime. His concern here is the potential for the use of presidential power for personal or other inappropriate purposes.

Fellow framer James Iredell concluded that presidential acts to obscure or withhold information from Congress could also constitute a violation of the impeachment clause if Congress was induced to act based on the deception.

The framers understood that “high crimes and misdemeanors” included acts that may not necessarily violate any criminal law, but do constitute a serious violation of the public trust.

It also has to be remembered that the word “misdemeanors” had a broader meaning at the time it was added to the impeachment clause. As law professor and historian Frank Bowman has pointed out, in the context of British law at the time “misdemeanor” did not solely mean a less serious criminal offense. Rather, “crimes and misdemeanors” was used more colloquially to mean bad behavior.

Advocates for Trump say the current articles of impeachment do not meet the threshold as they do not allege criminal offenses. The framers would be surprised by this interpretation.

The articles allege that Trump abused his political power to serve his own ends, including his reelection, and that in so doing he undermined the nation’s security policy in terms of its commitment to Ukraine’s defense.

Whether or not the evidence supports this charge, an actual criminal offense is simply not a prerequisite for impeachment in this or any other case. The framers are clear on this point.

Interpreting “high crimes and misdemeanors” to reflect the modern understanding of those terms as actual statutory offenses is inconsistent with the framers’ original intent. Such an approach is also inconsistent with the broader theory of originalism, which relies on interpreting what the founders meant at the time of the Constitution’s writing. Indeed, the president’s position on “high crimes and misdemeanors” appears more consistent with the idea that the Constitution should be interpreted within a modern context as a “living” constitution — an interpretative method much criticized by many in the GOP.