Why California Is Banning Chlorpyrifos, A Widely-Used Pesticide

After 2020, California growers will be barred from using the insecticide chlorpyrifos on grapes and other crops. 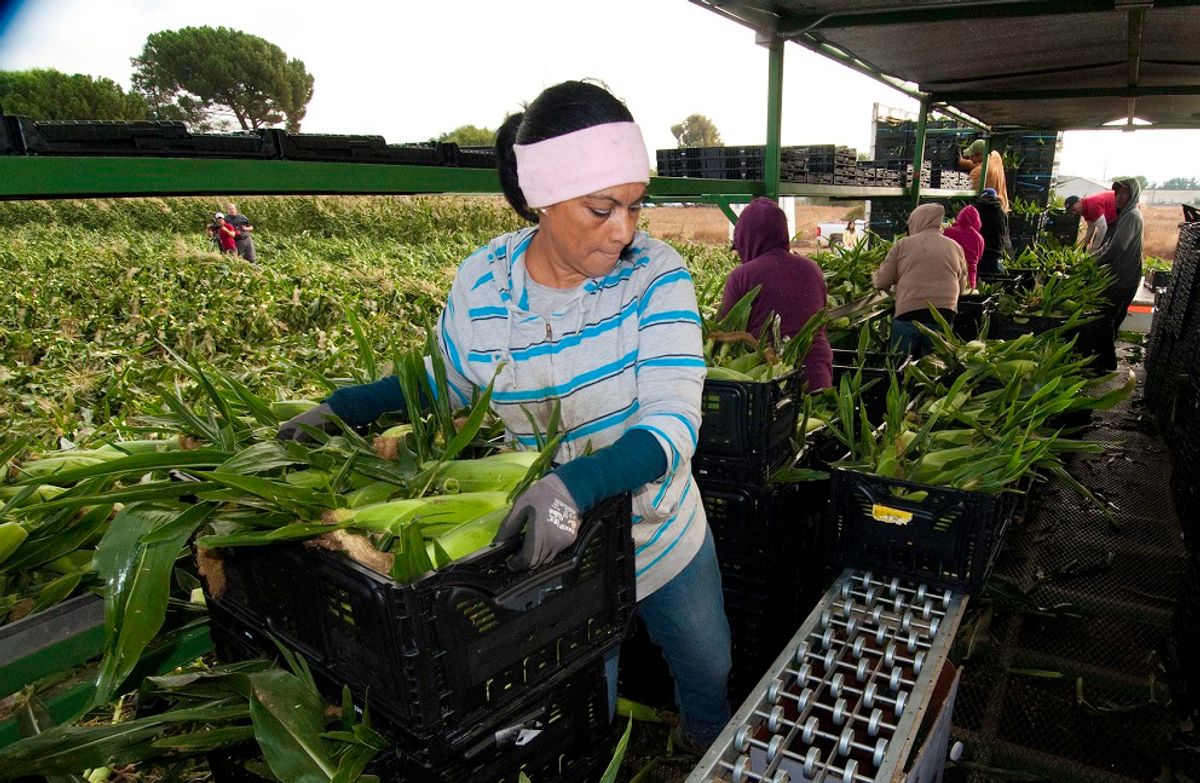 This article by Gina Solomon is republished here with permission from The Conversation. This content is shared here because the topic may interest Snopes readers; it does not, however, represent the work of Snopes fact-checkers or editors.

Editor’s note: California, the top U.S. food-producing state, is ending use of chlorpyrifos, a pesticide associated with neurodevelopmental problems and impaired brain function in children. Gina Solomon, a principal investigator at the Public Health Institute, clinical professor at the University of California San Francisco and former deputy secretary at the California Environmental Protection Agency, explains the scientific evidence that led California to act.

1. What is chlorpyrifos and how is it used?

Chlorpyrifos is an inexpensive and effective pesticide that has been on the market since 1965. Farmers across the U.S. use millions of pounds of it each year on a wide range of crops, including many different vegetables, corn, soybeans, cotton and fruit and nut trees.

Like other organophosphate insecticides, chlorpyrifos is designed to kill insects by blocking an enzyme called acetylcholinesterase. This enzyme normally breaks down acetylcholine, a chemical that the body uses to transmit nerve impulses. Blocking the enzyme causes insects to have convulsions and die. All organophosphate insecticides are also toxic and potentially lethal to humans.

Until 2000, chlorpyrifos was also used in homes for pest control. It was banned for indoor use after passage of the 1996 Food Quality Protection Act, which required additional protection of children’s health. Residues left after indoor use were quite high, and toddlers who crawled on the floor and put their hands in their mouth were found to be at risk of poisoning.

Despite the ban on household use and the fact that chlorpyrifos doesn’t linger in the body, over 75% of people in the U.S. still have traces of chlorpyrifos in their bodies, mostly due to residues on food. Higher exposures have been documented in farm workers and people who live or work near agricultural fields.

2. What’s the evidence that chlorpyrifos is harmful?

Researchers published the first study linking chlorpyrifos to potential developmental harm in children in 2003. They found that higher levels of a chlorpyrifos metabolite – a substance that’s produced when the body breaks down the pesticide – in umbilical cord blood were significantly associated with smaller infant birth weight and length.

Subsequent studies published between 2006 and 2014 showed that those same infants had developmental delays that persisted into childhood, with lower scores on standard tests of development and changes that researchers could see on MRI scans of the children’s brains. Scientists also discovered that a genetic subtype of a common metabolic enzyme in pregnant women increased the likelihood that their children would experience neurodevelopmental delays.

These findings touched off a battle to protect children from chlorpyrifos. Some scientists were skeptical of results from epidemiological studies that followed the children of pregnant women with greater or lesser levels of chlorpyrifos in their urine or cord blood and looked for adverse effects.

Epidemiological studies can provide powerful evidence that something is harmful, but results can also be muddled by gaps in information about the timing and level of exposures. They also can be complicated by exposures to other substances through diet, personal habits, homes, communities and workplaces. 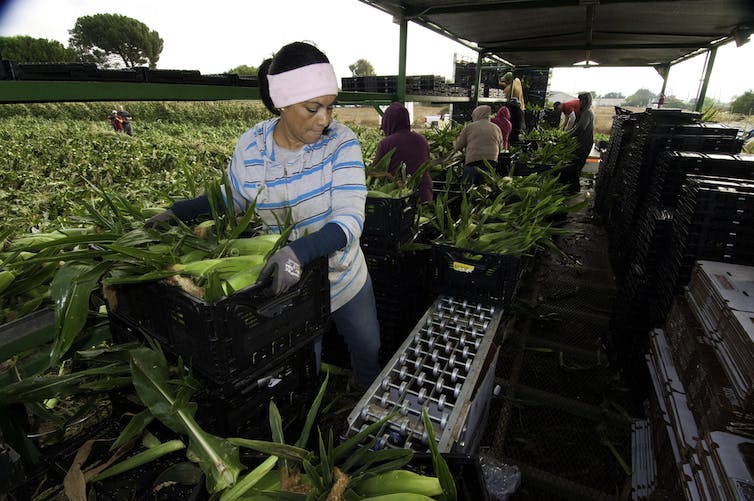 3. Why did it take so long to reach a conclusion?

As evidence accumulated that low levels of chlorpyrifos were probably toxic in
humans, regulatory scientists at the U.S. EPA and in California reviewed it – but they took very different paths.

At first, both groups focused on the established toxicity mechanism: acetylcholinesterase inhibition. They reasoned that preventing significant disruption of this key enzyme would protect people from other neurological effects.

Scientists working under contract for Dow Chemical, which manufactured chlorpyrifos, published a complex model in 2014 that could estimate how much of the pesticide a person would have to consume or inhale to trigger acetylcholinesterase inhibition. But some of their equations were based on data from as few as six healthy adults
who had swallowed capsules of chlorpyrifos during experiments in the 1970s and early 1980s – a method that now would be considered unethical.

California scientists questioned whether risk assessments based on the Dow-funded model adequately accounted for uncertainty and human variability. They also wondered whether acetylcholinesterase inhibition was really the most sensitive biological effect.

In 2016 the U.S. EPA released a reassessment of chlorpyrifos’s potential health effects that took a different approach. It focused on epidemiological studies published from 2003 through 2014 at Columbia University that found developmental impacts in children exposed to chlorpyrifos. The Columbia researchers analyzed chlorpyrifos levels in the mothers’ cord blood at birth, and the EPA attempted to back-calculate how much chlorpyrifos they might have been exposed to throughout pregnancy.

On the basis of this analysis, the Obama administration concluded that chlorpyrifos could not be safely used and should be banned. However, the Trump administration reversed this decision in 2017, arguing that the science was not resolved and more study was needed. 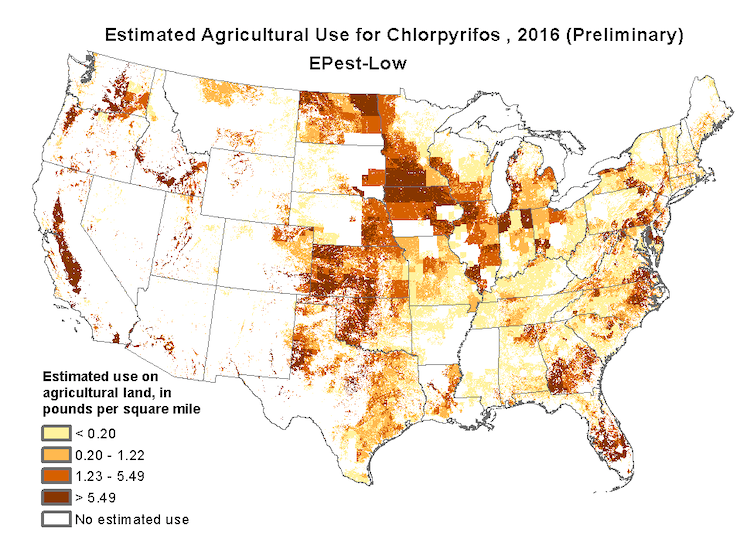 For their part, California regulators struggled to reconcile these disparate results. As they saw it, the epidemiological studies and the acetylcholinesterase model pointed in different directions, and both had significant challenges.

4. What convinced California to impose a ban?

Three new papers on prenatal exposures to chlorpyrifos, published in 2017 and 2018, broke the logjam. These were independent studies, conducted in rats, that evaluated subtle effects on learning and development.

The results were consistent and clear: Chlorpyrifos caused decreased learning, hyperactivity and anxiety in rat pups at doses lower than those that affected acetylcholinesterase. And these studies clearly quantified doses to the rats, so there was no uncertainty about their exposure levels during pregnancy. The results were eerily similar to effects seen in human epidemiological studies, vindicating health concerns about chlorpyrifos.

California reassessed chlorpyrifos using these new studies. Regulators concluded that the pesticide posed significant risks that could not be mitigated – especially among people who lived near agricultural fields where it was used. In October 2019, the state announced that under an enforceable agreement with manufacturers, all sales of chlorpyrifos to California growers would end by Feb. 6, 2020, and growers would not be allowed to possess or use it after Dec. 31, 2020.

Hawaii has already banned chlorpyrifos, and New York state is phasing it out. Other states are also considering action.

In a July 2019 statement, the EPA asserted that “claims regarding
neurodevelopmental toxicity must be denied because they are not supported by valid, complete, and reliable evidence.” The agency indicated that it would continue to review the evidence and planned to make a decision by 2021.

EPA did not mention the animal studies published in 2017 and 2018, but it legally must include them in its new assessment. When it does so, I believe EPA leaders will have great difficulty making a case that chlorpyrifos is safe.

In my view, we have consistent scientific evidence that chlorpyrifos threatens children’s neurological development. We know what this pesticide does to people, and it is time to move to safer alternatives.