The proposal is aimed at "simplifying" nutritional guidelines and combating waste, the administration said. 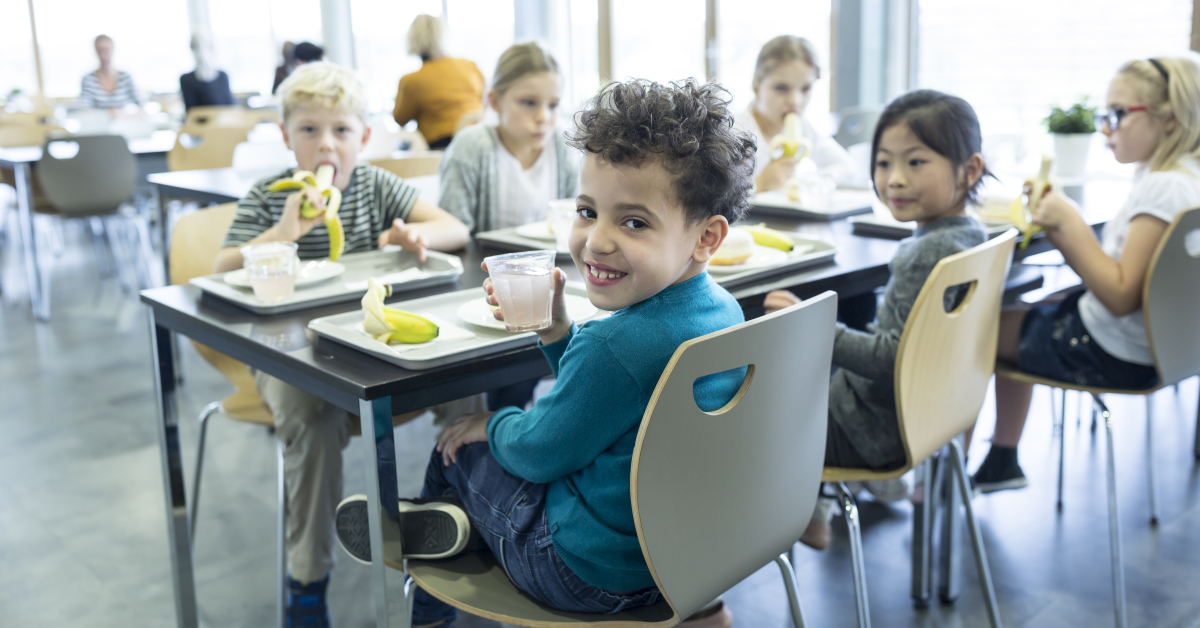 This rumor was revived in January 2020 when the Trump administration proposed a new set of rules concerning school lunches. As was the case in 2018, these proposals would roll back a few of the nutritional guidelines that were set during the Obama era, but the program would not be cancelled altogether.

The U.S. Department of Agriculture (USDA) published a set of proposed rules aimed at "simplifying" the National School Lunch and School Breakfast Programs.

This rulemaking proposes changes to simplify meal pattern and monitoring requirements in the National School Lunch and School Breakfast Programs. The proposed changes, including optional flexibilities, are customer-focused and intended to help State and local Program operators overcome operational challenges that limit their ability to manage these Programs efficiently.

In the National School Lunch Program, the proposed rule would add flexibility to the existing vegetable subgroups requirement. In the School Breakfast Program, the proposed rule would make it easier for menu planners to offer meats/meat alternates and grains interchangeably (without offering a minimum grains requirement daily), and would allow schools to offer ½ cup of fruit in breakfasts served outside the cafeteria to reduce food waste.

Other proposed changes would make it easier for local Program operators to plan menus for different age/grade groups, and expand the entrée exemption service timeframe for competitive foods. To improve efficiency in Program monitoring, the proposed rule also would ease several administrative review requirements, including the review cycle. The monitoring changes aim to decrease the burden associated with administrative reviews while rewarding program integrity initiatives at the State and local levels.

This rule also proposes to make updates, clarifications, and technical corrections throughout other parts of its regulations. Implementation of the wide range of proposed changes and flexibilities is expected to simplify operational requirements, increase efficiency, and make it easier for State and local Program operators to feed children.

The Trump administration announced this proposal on Jan. 17, 2020, which happened to be Michelle Obama's birthday. As first lady, Michelle Obama was an advocate for healthy living and her "Let's Move" initiative helped shape the Healthy, Hunger-Free Kids Act that was signed by President Obama in December 2010 after receiving bipartisan support in congress.

Tom Vilsack, who was the Secretary Of Agriculture at the time, said that the Healthy, Hunger-Free Kids Act was "a significant step forward in our effort to help America's children thrive and grow to be healthy adults." However, critics derided the legislation and accused the Obama administration of overstepping by making dietary decisions for children.

“Schools and school districts continue to tell us that there is still too much food waste and that more common-sense flexibility is needed to provide students nutritious and appetizing meals. We listened and now we’re getting to work. Our proposed changes empower schools to give their very best to our children nationwide and have the potential to benefit nearly 100,000 schools and institutions that feed 30 million children each school day through USDA’s school meal programs. Providing children with wholesome, nutritious food is part of our motto at USDA, which is to ‘do right and feed everyone.’”

The proposed changes have been met with some criticism. Colin Schwartz, the Deputy Director of Legislative Affairs for the Center for Science in the Public Interest, called the new proposal on "assault on children’s health."

The Trump Administration’s assault on children’s health continues today under the guise of “simplifying” school meals. The proposed rule would allow anything that might be allowable as an entrée on any one school day to be served as an a la carte item every single day. In practice, if finalized, this would create a huge loophole in school nutrition guidelines, paving the way for children to choose pizza, burgers, French fries, and other foods high in calories, saturated fat or sodium in place of balanced school meals every day.

The Trump administration proposal also would limit the variety of vegetables served at lunch and allow schools to reduce the amount of fruit served with some breakfasts. (If past is prologue, lobbyists for the potato industry likely have replacements in mind.) And this is hardly the Trump administration’s first attempt to weaken school nutrition. It earlier rolled back requirements for whole grains and sodium in kids’ meals—moves that are now the subject of two ongoing lawsuits by CSPI and partners and by a group of state attorneys general.

The Healthy, Hunger Free Kids Act of 2010 has been called one of the most important obesity-prevention policy achievements in recent decades. Yet the Trump administration seems intent on sabotaging it. While there’s plenty of room to strengthen school nutrition further, these proposals instead are basically aiming a flamethrower at it.

Perdue's claim that the new guidelines would combat food waste also appears to be contradicted by a study commissioned by his own agency. The USDA released a report in April 2019 which found that serving nutritional foods did not result in a significant increase in cost or food waste.

The Trump administration's newly proposed rules will be open for public comments until March 2020.