An important – and unappreciated – story of the civil rights movement. 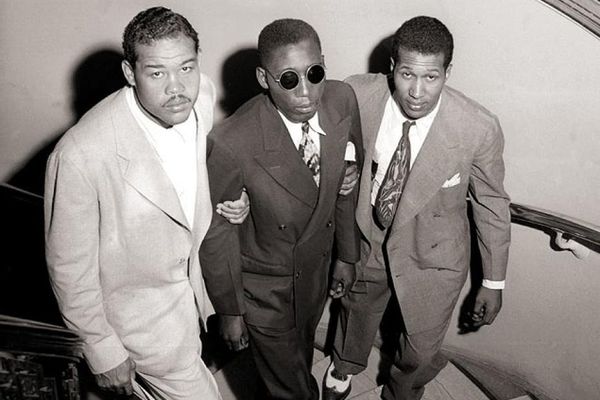 This article by Chris Lamb is republished here with permission from The Conversation. This content is shared here because the topic may interest Snopes readers; it does not, however, represent the work of Snopes fact-checkers or editors.

On the evening of February 12, 1946, Isaac Woodard, a 26-year-old black Army veteran, boarded a bus in Augusta, Georgia. Earlier that day, he’d been honorably discharged, and he was heading to Winnsboro, South Carolina to reunite with his wife.

The bus driver made a stop en route. When Woodard asked if he had time to use the bathroom, the driver cursed loudly at him. Woodard would later admit in a deposition that he cursed back.

Neither man said anything until the bus stopped in Batesburg, South Carolina. There, the driver told the local police about Woodard’s impudence. Woodard was ordered off the bus. When Woodard tried to give his version of events, a police officer struck him with a night stick. Woodard was escorted to the jail, where, he later testified, he was repeatedly beaten by the police chief, Linwood Shull. Woodard said that Shull pounded him in his eyes with the end of the night stick until he blacked out (charges Shull would deny).

Woodard was charged with disorderly conduct, with the police claiming he’d been intoxicated. Witnesses, however, said he hadn’t been drinking. After paying a fine, Woodard was driven to a veterans’ hospital in Columbia, where doctors told him he would be permanently blind.

The NAACP took on Woodard’s cause. A benefit concert for Woodward in New York City included such entertainers as Orson Welles, Woody Guthrie, Cab Calloway, Billie Holiday and Milton Berle. Woodard’s fight for justice would reach the Oval Office, with its shadow even touching the U.S. Supreme Court’s 1954 decision in Brown v. Board of Education.

Over the years, Woodward’s beating receded behind more publicized stories like the lynching of Emmett Till. But with police brutality remaining a problem in many African-American communities today, it’s appropriate to highlight an important – and unappreciated – story of the civil rights movement.

A battle raging on the homefront

Woodard was one of the estimated one million African-Americans who served in the U.S. military during World War II. They fought for their country on foreign soil and for racial equality on their own soil. Black soldiers served in segregated units on segregated bases. In return for fighting for their country, black veterans believed they deserved nothing less than the equality granted to every other citizen under the Constitution.

But in the postwar years, many feared that any attempt to topple Jim Crow laws would result in prolonged racial conflict. Richmond Times-Dispatch editor Virginius Dabney warned that overturning Jim Crow would leave “hundreds, if not thousands, killed and amicable race relations set back for decades.”

Blacks who challenged prevailing laws often found themselves jailed, beaten or worse. Some of that violence was directed against black soldiers, some of whom were murdered in their uniforms.

While Woodard lived to tell his story, his blindness left him unable to make a living. Woodard knew if he stayed in the South, he had no chance for justice against Shull, so he moved to New York City to live with his parents.

Once Woodard settled in New York City, he contacted Walter White, executive secretary of the NAACP, who wrote a letter to Orson Welles, the writer, director and star of the movie Citizen Kane. Welles also wrote a syndicated newspaper column and broadcast a weekly political commentary on the radio.

“We have had many horrible cases pass through this office,” White wrote to Welles, “but never one worse than this.”

Welles delivered a series of radio commentaries on Woodard’s behalf in July and August 1946. On July 28, Welles demanded that those responsible for Woodard’s attack be prosecuted. Welles vowed to fight for Woodard because he had fought for his country.

“The blind soldier fought for me in this war, the least I can do is fight for him. I have eyes. He hasn’t. I have a voice on the radio. He hasn’t,” Welles said. “I was born a white man, and until a colored man is a full citizen, like me, I haven’t the leisure to enjoy the freedom that a colored man risked his life to maintain for me. Until somebody beats me and blinds me I am in his debt.”

On August 28, Welles appeared at a benefit concert for Woodard in New York City. There, Woody Guthrie sang for the first time a song he had titled “The Blinding of Isaac Woodard.”

“I thought I fought on the islands to get rid of their kind,” the song concludes. “But I can see the fight lots plainer now that I am blind.”

The White House steps in 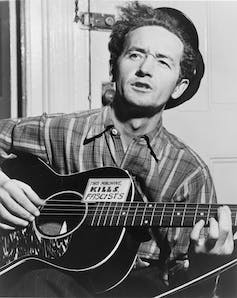 Woodard “made an everlasting impression on Truman,” David McCullough wrote in his biography of the president, “moving him in a way no statistics ever would have.”

Truman may have held little sway over the South Carolina courts. But he was not without influence. He eventually created the President’s Committee on Civil Rights – the first national civil rights commission – which released its report, “To Secure These Rights,” in October 1947. And on July 26, 1948, Truman issued an executive order desegregating the U.S. armed forces.

A Southerner with a change of heart

Waring expressed derision toward both the prosecutor, who failed to make his case, and Shull’s defense attorney, who told the jury that if his client was convicted, white women and children would no longer be safe.

A year later, Waring ruled that that the state’s Democratic primary could no longer prohibit blacks. But his most significant decision came in his dissent in Briggs v. Elliott (1951), when he called school segregation unconstitutional. Briggs v. Elliott was combined with four other cases and decided by the U.S. Supreme Court in Brown v. Board of Education (1954).

But by 1954, Waring, disowned by his family and friends in Charleston, had moved to New York City. Meanwhile, Woodard faded into obscurity, dying in 1992 at the age of 73.

Orson Welles revived the Woodard story during a BBC television broadcast on May 7, 1955. Discussing how power and authority could potentially corrupt good police officers, Welles pivoted to Shull.