Comparing a 15-year-old photo and a photo of a corpse may not be the best foundation for a conspiracy theory. 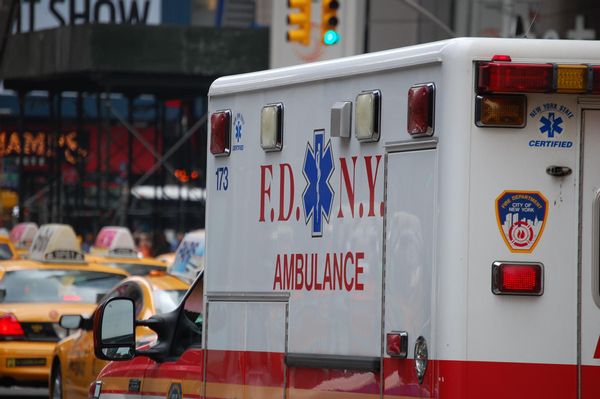 Image Via alanbatt from Pixabay

On Aug. 10, 2019, convicted pedophile Jeffrey Epstein died of an apparent suicide while in federal custody as he awaited trial on sex-trafficking charges. These circumstances, as well as his connections to a number of high-profile politicians, such as Presidents Bill Clinton and Donald Trump, raised a number of legitimate questions about his death. Of course, it also sparked plenty of rumors and conspiracy theories.

One such conspiracy theory held that the billionaire had faked his death (with the help of authorities) by using a body double. This theory is largely based on a set of photographs allegedly comparing a picture of Epstein when he was alive with a picture of Epstein's corpse. Proponents of this theory claim that some notable differences in Epstein's nose and ear are proof that the corpse photograph actually shows a second person.

While this theory has largely been confined to the fringes, it did receive some mainstream attention. The band Foster the People, for instance, shared several messages with their nearly 1 million followers on Twitter.

This theory might hold up a bit more if the "Epstein Alive" photograph were recent. However, that image is nearly 15 years old. It's much more plausible that these discrepancies were the result of aging, not evidence of a body double.

The image of "Epstein Dead" was taken from a news report filed by the NY Post. The picture was snapped by Post photographer William Farrington and shared by the outlet to the news site's Twitter page.

Epstein's facial features may not quite match up in these two photographs. However, a more plausible explanation exists than the theory proposed above.

These photographs were taken years apart and likely reflect changes in appearance due to aging. This is especially true for the areas around the nose and ears, which are made out of cartilage, not bone, and continue to change as we age:

According to the FARC (Functional Anatomy Research Center) researchers' analyses, all measurements were significantly affected by age. Nasal volume, area, and liner distance increased. In other words, they found that noses get bigger over time.

Another consistent finding is that the nasal tip angle—the angle created along the bridge of the nose, around the tip to the vertical space above the upper lip—decreases, meaning the nose tends to droop with age. (Source: Verywell Health)

Several reasons have been adduced for the growth. Ears (and indeed noses) sag with age, thanks both to a loss of elasticity in the skin and to the effects of gravity. Earlobes droop, a phenomenon that can be accentuated by heavy earrings. More controversially, it has been suggested that because, unlike bone, cartilage continues to grow and ears are made of cartilage, that may also account for the phenomenon. But the evidence is sketchy, and some researchers argue that cartilage is only being replaced and does not account for the growth in ear size. (Source: The Guardian)

The discrepancies in these photographs likely can be explained by the normal effects of aging, as opposed to a body double, a faked death, and a government cover-up.

Epstein was found dead in his cell on the morning of Aug. 10. The U.S. Department of Justice issued a news release stating that "inmate Jeffrey Edward Epstein was found unresponsive in his cell in the Special Housing Unit from an apparent suicide at the Metropolitan Correctional Center (MCC) in New York, New York." The New York City medical examiner performed on autopsy on Epstein the following day (as reported by The New York Times):

The city’s chief medical examiner, Dr. Barbara Sampson, announced on Sunday night that her office had conducted an autopsy of Mr. Epstein, but she declined to release a determination about the cause of death.

She said a private pathologist, Dr. Michael Baden, who was hired by Mr. Epstein’s lawyers, had observed the autopsy examination.

The medical examiner is confident the cause of death is suicide by hanging, but she wants more information from law enforcement before releasing her determination, a city official said.