"Q: This cautionary sign appears before news articles containing information some readers may not want to know." "A: What is a spoiler warning?" 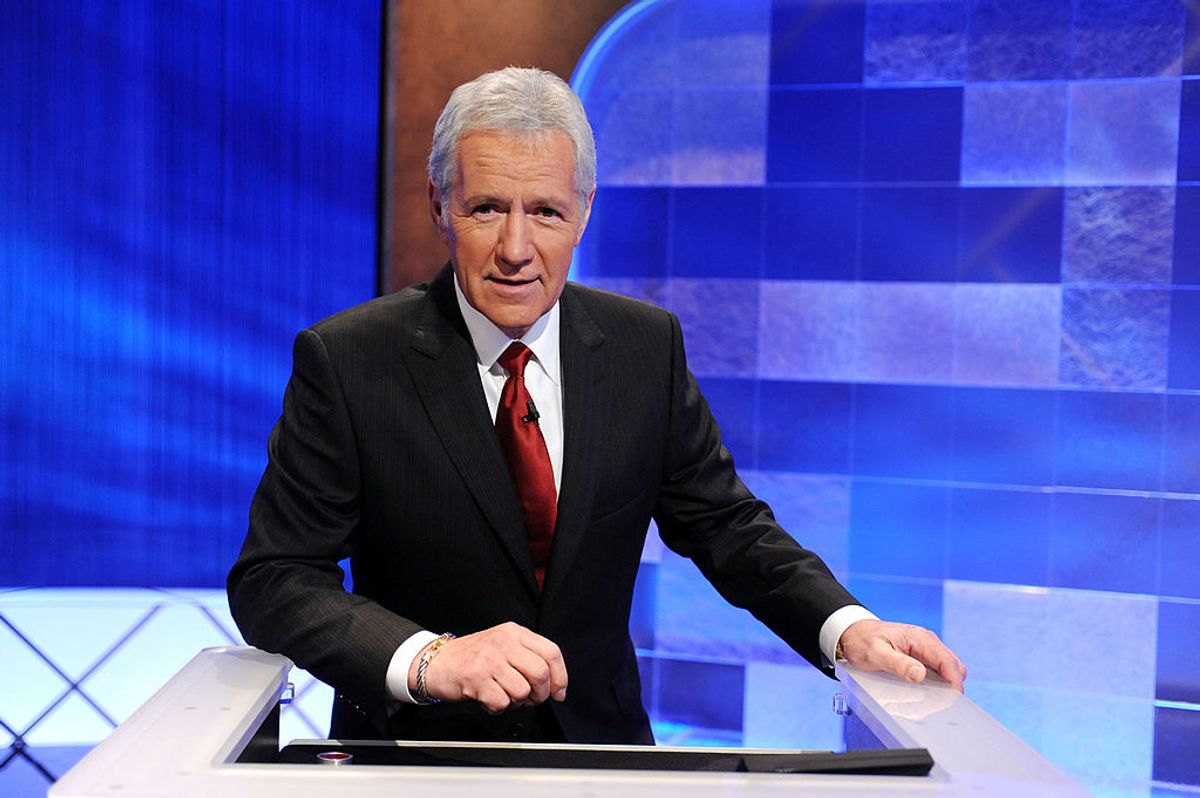 Fans of Jeopardy! have been watching in awe as contestant James Holzhauer has racked up win after win on the popular game show, but according to a video leaked online at the start of June 2019, his streak had come to an end.

On 2 June 2019, Twitter user "Goliath" posted a video that supposedly showed the final question of an episode of Jeopardy! set to air the following day. In it, Holzhauer gave the correct response to the Final Jeopardy answer, but his unusually low wager wasn't sufficient for him to win:

In the minute long video, Holzhauer and competitor Emma Boettcher both correctly answer the Final Jeopardy question, but Boettcher pulls out the win, having wagered more money.

On the video, Holzhauer can be see giving Boettcher a high-five.

Goliath's version of the video has since been deleted, but a copy of the clip is still widely available online:

While some viewers may have been skeptical of this leaked footage, this is authentic footage of Holzhauer's streak coming to an end.

Holzhauer confirmed its authenticity on Twitter. First, he joked that "timing was everything" in response to a USA Today article predicting his victory, then he humorously added that he shouldn't have invited Drake, musician and Toronto Raptors super fan, to the Jeopardy taping (Drake's Raptors lost game 2 of the NBA Finals the night before):

Knew I shouldn’t have invited @Drake to the @Jeopardy taping.

Shortly after this episode started to air in markets across the country, The New York Times published an excerpt from an interview with the Jeopardy contestant: "Nobody likes to lose. But I’m very proud of how I did, and I really exceeded my own expectations for the show. So I don’t feel bad about it."

While fans of the game show may only just now be finding out about Holzhauer's fate, the Jeopardy! contestant has known for weeks. Jeopardy! episodes are taped in advance, and according to Action Network, Holzhauer filmed his final episode on 12 March 2019.