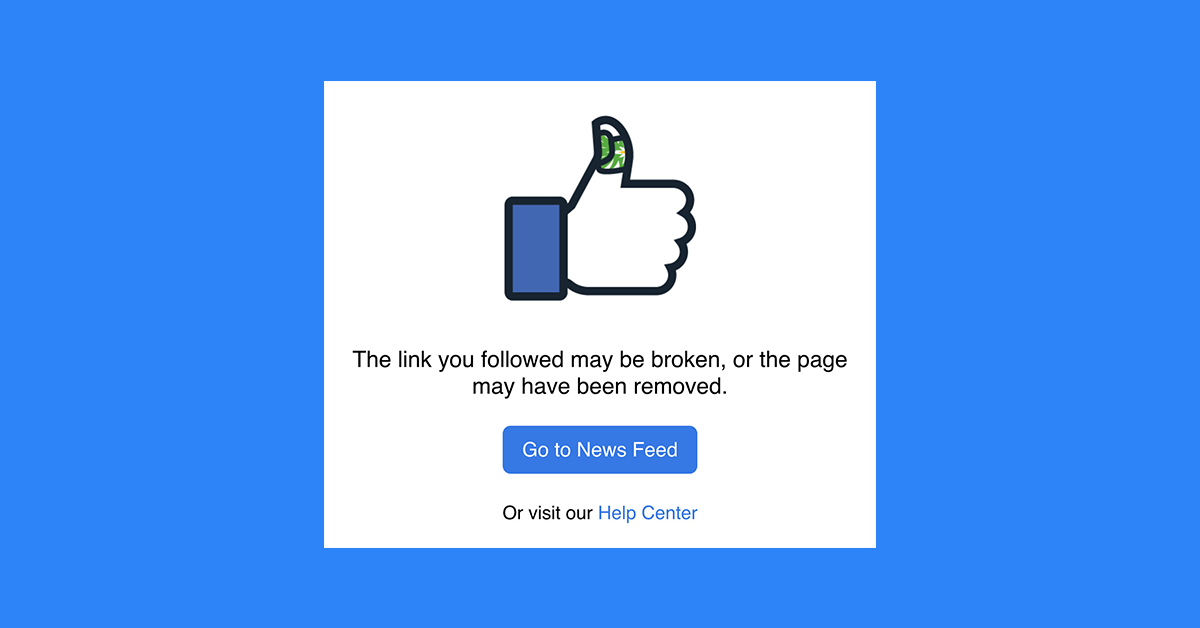 On 15 May 2019, Snopes published a two-month investigation into a network of 24 Facebook pages publishing conspiratorial, overtly Islamophobic content. These pages painted extreme, divisive right-wing rhetoric as having broad American support but we found were all actually tied to a single evangelical activist, Kelly Monroe Kullberg. Prior to that reporting, Facebook had not responded to three inquiries about how Kullberg’s practices jibed with that social media company’s terms of service. Though Facebook has still not responded to any of our requests for comment, as of 26 May 2019, all 24 pages identified in Snopes’ reporting appear to have been removed from the platform.

In particular, our reporting (summarized in this short post) tried to determine if this "Kullberg network" violated policies regarding hate speech or participated in what Facebook describes as "coordinated inauthentic behavior." As explained by Facebook Head of Cybersecurity Policy Nathaniel Gleicher in a 6 December 2018 video, the social network broadly defines this activity as “groups of pages or people work[ing] together to mislead others about who they are or what they’re doing.” In our investigation, we argued:

The Kullberg network ... potentially meets the Facebook-defined violation of “groups of pages or people working together to mislead others about who they are or what they’re doing” in multiple ways. It misleads others by presenting the views of one person and her close associates as the views of multiple different demographics, and it presents a collection of “informal” organizations as multiple, independent organizations and not a network that is linked financially to a small group of people, if not a single person, as is actually the case.

We also identified potential examples of violations against “objectionable” content:

These pages claim that Islam is “not a religion,” that Muslims are violent and duplicitous, and that Islamic refugee resettlement is “cultural destruction and subjugation.” Just hours after the April 2019 Notre Dame spire collapse in a catastrophic fire, this network went into overdrive sowing doubt about the possible role Muslims had in its collapse. Multiple pages within this network have stated that their purpose is “message boosting & targeting.” [...]

These pages, however, are steeped in fantastical notions of “globalist” conspiracies linking Islam, Socialism, and multi-billionaire philanthropist and Democratic Party supporter George Soros to the decline of Western civilization. Some of these pages also claim that survivors of the Parkland High School massacre in the U.S., for instance, are on a Soros-funded “Leftist-Islamist payroll.”

At some point after our first or second email to Facebook’s press office, two of the four posts we gave to them as examples (and to no one else) were deleted: a post targeting the Parkland school-shooting survivors, as well as a post arguing that Muslims are violent and that Islam “isn’t a religion.” We do not know if this was Facebook’s action or Kullberg’s.

Now, all 24 pages identified by our investigation display an error that “this content is not available right now.” Similar to the first potential action taken by Facebook, we do not know if this was Facebook’s action, Kullberg’s, or someone else’s. We reached out to Facebook a fourth time, but have not yet heard back. Additionally, the website “Christians for Trump”, which was the home of 10 of the 24 Kullberg network pages, was taken offline at some point between 25 and 26 May 2019. “Sorry, we're doing some work on the site,” that organization’s homepage now reads.

“Social media has really become an unfortunate vehicle for anti-Muslim hate, whether it's Facebook or Twitter or any other social media channel,” Ibrahim Hooper, the national communications director for the Council on American Islamic Relations (CAIR) told us. CAIR, a frequent target of the Kullberg network, is the nation's largest Muslim civil rights and advocacy organization. Hooper told us that the network's disappearance was an “encouraging sign,” but that “there's just so much out there beyond this that it really has to be addressed by users of social and the providers, as well.”

We will update this story as more information becomes available.

Our original investigation can be found here.

A short summary of that report can be found here.