Was the 'Media Silent' About a 'Democrat Transgender' Colorado Shooting Suspect?

It's unknown whether the political leanings or purported gender identity of either suspect is relevant to the crime. 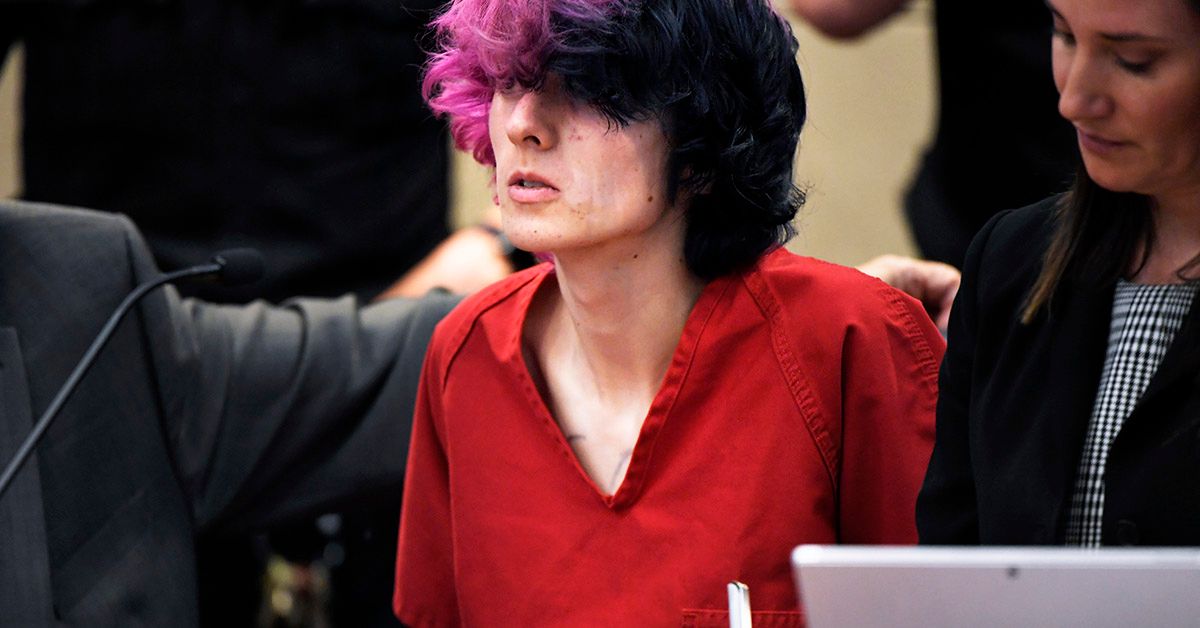 Little time elapsed between the fatal 7 May 2019 mass shooting at STEM School Highlands Ranch in Highlands Ranch, Colorado, and attempts to politicize the tragedy.

Two suspects, 18-year-old Devon Erickson and a 16-year-old who goes by the name Alec McKinney, were arrested in the school shooting that killed Kendrick Castillo, the 18-year-old who died charging one of the shooters, saving lives as a result. Eight others were injured. So far, authorities have disclosed no motive for the attack, but that didn't stop some people from assigning one that fit their narrative.

For example, the following meme circulated on Facebook in the aftermath of what was the second deadly school shooting in the U.S. over seven days: Although the claim that the "media is silent" is a common conspiratorial trope, it is often misleading. In fact, the news media indeed reported the details contained in the above meme.

One day after the shooting, Denver station KMGH-TV first reported one of the shooting suspects "is a transgender male who was in the midst of transitioning from female to male." Subsequently, publications that sent journalists to the suspects' court appearances reported that McKinney was born female with the official name "Maya," but prefers the use of male pronouns and goes by the name "Alec." Right-wingwebsites such as Breitbart and the Daily Caller also reported that the older suspect, Erickson, was registered to vote as a Democrat.

News reports also indicated at least one of the suspects may have used drugs, while the New York Post reported that "what appears to be" Erickson's Facebook page included a 2014 post in which he allegedly wrote about hating "All these Christians who hate gays."

Whether any of the information about Erickson or McKinney is relevant to the crime is unknown, however. Authorities have not made public a motive for the shooting, said Deputy Cocha Heyden, spokesperson for the Douglas County sheriff. Heyden declined to state whether media reports about the gender identity of the younger suspect were accurate.

Andrew Patrick, spokesman for the Coalition to Stop Gun Violence (CSGV), told us that focusing on alleged political leanings of the suspects, their gender identity, and their purported views about Christians appears to be a distraction from the issue at hand — that shooters with murderous intent were able to access firearms.

"It sounds like a lot of white noise that gets recycled every time they [pro-gun advocates] don't want to talk about an issue," Patrick said. "You have two straight weeks of shootings resulting in these heroes who shouldn't have to have been heroes dying. It’s generating the attention of this is happening every damn day. People are getting fed up, and those who have a 'guns-everywhere' agenda are really defensive. They’re throwing everything they can at the wall right now."

In December 2018, school officials were warned by a parent that conditions at the school created a "perfect storm" for a repeat of the catastrophic violence that took place at Columbine High School on 20 April 1999, during which two shooters killed 12 students and a teacher.

The parent, who made the allegations in an anonymous phone call, said a culture of bullying and violence existed at STEM, a charter school in a Denver suburb. Many of the students, according to the caller, are "suicidal and violent" in school. The allegations made by the parent were outlined in a letter from a Douglas County School District official to STEM School Executive Director Penelope Eucker, a letter that was obtained by Denver television station KUSA.

STEM conducted an investigation that "revealed no evidence to support any of the allegations raised in the anonymous complaint," according to KUSA. Then Eucker filed a defamation lawsuit against the anonymous caller for "waging a campaign to publish wildly false and outrageously defamatory statements with the obvious purpose of destroying Dr. Eucker’s reputation."

A former student, Kevin Cole, also said in news interviews that Erickson had a pattern of violence and bullying, sometimes referencing an imminent school shooting and saying, "When the pencil hits the floor, I'm going to start shooting." And then Erickson would spend the class dropping pencils, Cole told reporters. Erickson would also "get really close and kinda put his arm around you, and whisper in your ear, ‘Don’t come to school tomorrow,'" Cole said in an interview with the talk show Today.

The suspects are believed to have stolen guns from Erickson's parents by smashing through a locked gun cabinet, KMGH-TV reported. The station, citing unnamed law enforcement sources, also reported that the motive may have involved anger and revenge directed toward people at the school.