Lawyers for Ocasio-Cortez say she and other Democrat activists "fully complied with the law and the highest ethical standards." 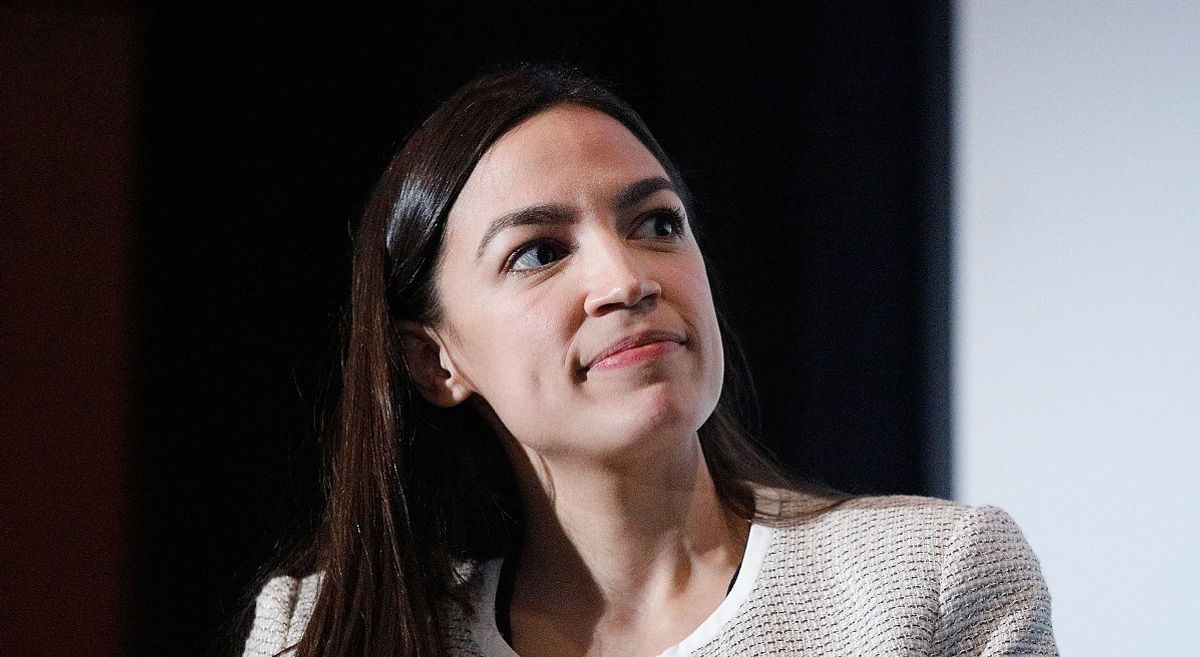 A political ethics watchdog has implicated Democrat U.S. Rep. Alexandria Ocasio-Cortez in a potential violation of federal campaign finance laws through a complaint brought before the Federal Election Commission (FEC).

The complaint, filed by the right-leaning National Legal and Policy Center (NLPC) on 3 March, alleges that Ocasio-Cortez and her chief of staff, Saikat Chakrabarti, were part of a scheme to funnel money from political action committees (PACs) into a private company owned by Chakrabarti, and that they violated regulations on the reporting of campaign spending.

In filing the complaint, the Policy Center has effectively requested that the FEC begin a formal investigation into several named individuals and entities, including Rep. Ocasio-Cortez personally, as well as her 2018 congressional campaign committee and Chakrabarti.

The complaint states that the Policy Center "has found reason to believe [the] Respondents knowingly and willfully violated 2 U.S.C. 434(b)(5)(A)," a provision of U.S. campaign finance law that requires the treasurer of any registered political committee to report the name and address of anyone who receives more than $200 in campaign-related spending from that committee, along with the dates and purpose of that spending.

In a lengthy and detailed statement sent to Snopes, attorneys for Ocasio-Cortez and the PACs accused in the complaint said all their activities had "fully complied with the law and the highest ethical standards."

After working on Vermont U.S. Sen. Bernie Sanders' 2016 presidential campaign, Chakrabarti was part of a group of Democrats who formed a handful of PACs and other entities in 2016 and 2017. Their aim was to provide staffing, organization, and funding for select Democrat candidates across the country who would champion progressive causes, with an emphasis on "small dollar" donations.

This movement took the form of a few entities directly relevant to the NLPC's 2019 complaint. Chakrabarti co-founded the "Brand New Congress" PAC in the spring of 2016. He was listed as a director of that entity as of 2018, although he was never listed as its treasurer in FEC filings. In May 2016, he discussed the project with Rachel Maddow on her MSNBC show as follows:

In January 2017 Chakrabarti was also co-founder of the "Justice Democrats" PAC, although he was never listed as the committee's treasurer in FEC filings. He was registered as the entity's executive director in 2018, although attorneys for Ocasio-Cortez told us he left the board of Justice Democrats in January 2019, and Ocasio-Cortez left the board of directors in June 2018.

Furthermore, during the 2016 election cycle, the Brand New Congress PAC paid a total of $205,000 — more than 80 percent of what it took in during the same period — to an entity called "Brand New Campaign LLC," which had the same New York City address as Chakrabarti did at that time.

Brand New Campaign LLC was registered as a private company in the state of Delaware in May 2016, and in Tennessee in February 2017.

For the sake of clarity, we will refer to Brand New Campaign LLC/Brand New Congress LLC as simply "the company" in order to distinguish it from the political committees that paid it.

In their FEC complaint, the Policy Center presented these connections and patterns of payment as being indicative of wrongdoing, alleging that in reporting the payments they had made to the company, the PACs had not been specific or detailed enough about the services provided in return for those payments, and that the description of "strategic consulting" was a smokescreen for political campaign activity:

"It appears 'strategic consulting' was a mischaracterization of a wide range of activities that should have been reported individually. In fact, Saikat Chakrabarti stated on national television on May 19, 2016 that Brand New Congress LLC created the campaign infrastructure and ran all of the fundraising and volunteering operations for the campaigns."

The complaint listed several examples of campaign services provided by the company, including door-knocking and canvassing operations, as well as running events for the benefit of certain candidates. By not providing more specific information in their FEC filings about the nature of the services provided by the company, the NLPC has argued, the PACs — including Ocasio-Cortez's campaign committee — appear to have violated campaign finance law.

However, attorneys for the committees and Rep. Ocasio-Cortez rejected these claims in a detailed statement sent to Snopes. They wrote, "The activities of Brand New Congress PAC, Brand New Congress LLC, Justice Democrats, and Alexandria Ocasio-Cortez for Congress have at all times been conducted fully in compliance with the federal campaign finance laws," and they provided us the following version of events:

Justice Democrats and Brand New Congress PAC sought to implement a national program to recruit non-traditional candidates for United States House of Representatives and Senate, and to support them with an infrastructure to effectively run their campaigns as an integrated, national effort -- so that candidates could focus on being candidates that could best represent their communities, [as] opposed to solely focused on high-dollar fundraising and national endorsement to drive electoral success.

... Based on this concept, Brand New Campaign LLC –- eventually renamed as Brand New Congress LLC –- was formed to serve as a “campaign in a box”, a one-stop vendor for communications, field, online organizing, fundraising and the like, specifically for the purpose of providing those services tor Brand New Congress PAC, Justice Democrats PAC, and the various candidates that those committees supported.

Crucially, the attorneys emphasized that the way the committees described the services provided by the company was, in brief, no less specific than the law required it to be: "Brand New Congress LLC received guidance from the Federal Election Commission as to how payments from the PACs and the various candidates to Brand New Congress LLC would need to be reported. Consistent with FEC regulations, precedent and practice, the FEC’s Reports and Analysis Division confirmed that payments by the PACs and candidates to this vendor, Brand New Congress LLC, did not need to be broken out by subcategories of service, nor would subvendors need to be itemized."

The FEC's website itself stipulates that "strategy consulting" is an adequately specific description of services rendered in return for PAC spending.

Whether the activities of the PACs or the company violated campaign finance law, or whether the complaint has any merit, will be matters for the FEC to decide. A spokesperson confirmed to Snopes that the FEC had received the complaint but said they were legally prevented from offering any further comment.

Correction [8 March 2019]: This article previously stated that Saikat Chakrabarti was not an official agent of the "Brand New Congress" PAC or "Justice Democrats" PAC. The article should have stated that he was at one time executive director of the Justice Democrats, and a director of Brand New Congress, but was never listed as treasurer for those committees, in FEC filings.