"It's clear that Walmart is on the path of elevating homosexual relationships to the same level as the male-female model of marriage," AFA president Tim Wildmon wrote. 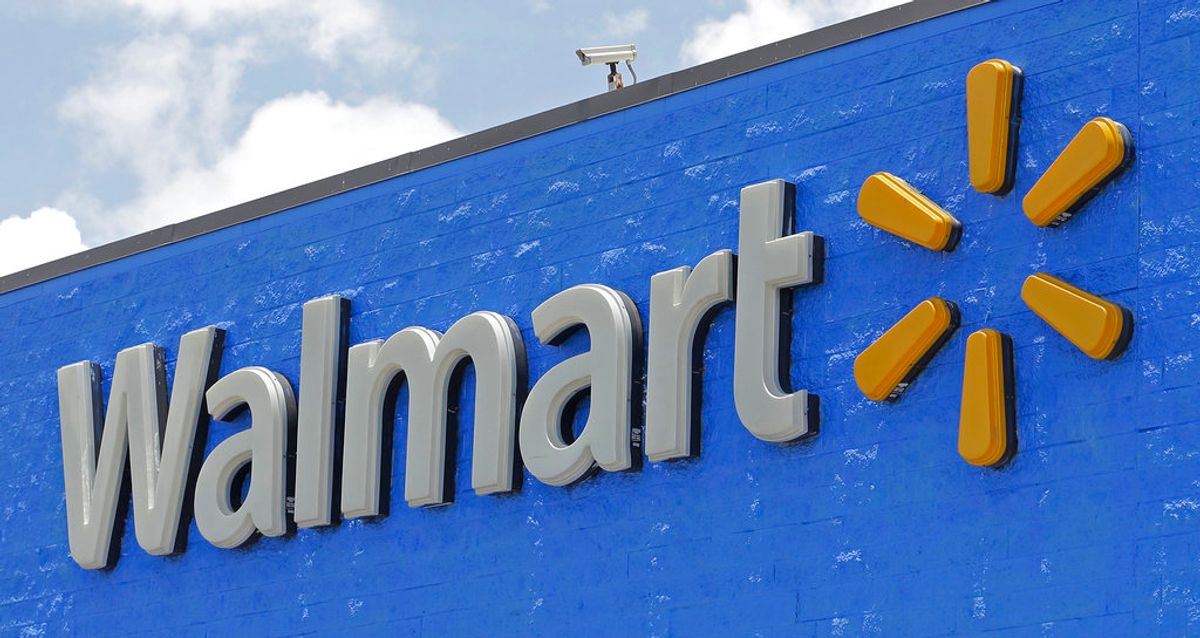 A Walmart ad campaign featuring couples on blind dates shopping in the aisles of the big box retailer's stores drew some unfavorable attention from the American Family Association (AFA), a non-profit group that has been deemed an anti-gay hate group by such organizations as the Human Rights Campaign.

Walmart launched the ad campaign titled "Love Is in the Aisle: A Dating Show at Walmart" around Valentine's Day 2019. The spots featured three different couples, with items on Walmart shelves acting as catalysts for revealing each person's character traits. (For example, one couple discovered they had a fundamental disagreement over their sentiments toward cats in the pet-food aisle.)

The second of the three short clips featured Andy and Pat, a same-sex couple. The ad showed Pat and the domestically challenged Andy humorously poring over items such as a cast-iron skillet, soap, and oatmeal cream pies:

At one point the two men disagreed over a piece of produce held aloft by Pat: It's a coconut, Pat declared. It's a squash, Andy countered.

It's fire and brimstone, AFA lamented.

"It's clear that Walmart is on the path of elevating homosexual relationships to the same level as the male-female model of marriage," AFA president Tim Wildmon wrote in a late February 2019 message posted to AFA's web site and emailed to potential supporters.

"We have no choice but to ask our supporters to let the company know how they, the customers, feel about Walmart's shift away from neutrality on this controversial issue to full support for same sex relationships," Wildmon continued. "At least with a company like Amazon, we knew they were liberal from the outset. But this seems more like a betrayal from a well-known friend. Sam Walton is probably turning over in his grave."

The message urged potential supporters to sign a petition lambasting Walmart President Doug McMillon for "promoting the normalization of homosexuality" and to call Walmart customer service to demand the ad be removed. "If our mission resonates with you, please consider supporting our work financially with a tax-deductible donation," the emailed version of Wildmon's message concluded.

We left a phone message with the company that handles media requests for AFA but did not receive a call back. It's unclear why the AFA would be taken aback at Walmart's use of an ad including LGBTQ representation given that news outlets such as the Washington Post reported back in 2015 that Walmart had been taking a more evolved stance on the issue in step with the changing views of the American public:

In late March [2015], the company came out strongly against Arkansas’s religious freedom law, which opponents said would allow people and corporations to deny service to gays and other minority groups. The law “threatens to undermine the spirit of inclusion present through the state of Arkansas and does not reflect the values we proudly uphold,” read a statement tweeted by chief executive Doug McMillon.

It's no small wonder that businesses and corporations such as Walmart are appealing to a more inclusive portrayal of American couples. According to the Pew Research Center, support for same-sex marriage has increased dramatically among all demographics from 2001 to 2017 -- even among Christians and conservatives.

Overall in 2017, 62 percent of Americans supported same-sex unions, with younger generations (74 percent of Millennials) expressing the highest level of support.