Did Netflix Make $845M In Profit and Pay $0 in Taxes Under New Tax Law?

Netflix was one of the first major companies to post its annual financial disclosure report. 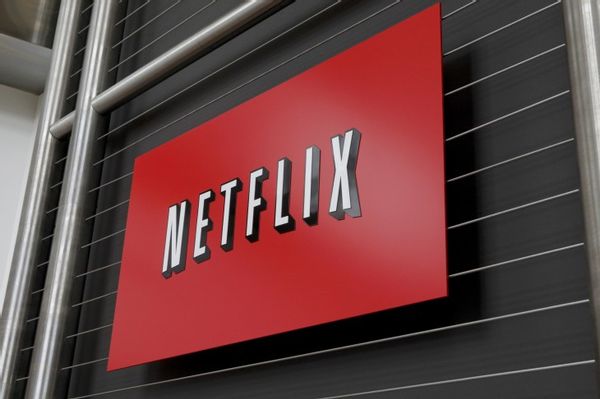 In early February 2019, news stories began rolling out reporting that Americans have been receiving smaller tax refunds than in previous years thanks to a new tax law that went into effect in 2018. Amid growing anger over that, stories went viral reporting that digital video-streaming service Netflix posted a profit of $845 million in 2018 but paid $0. The blog Daily Kos, for example, sarcastically reported:

One of the exciting new aspects of the Republican tax cuts on the wealthy and big businesses was how quickly everybody else begins to get screwed on their tax returns. Equally exciting is the fact that those tax breaks seem to only get better and better for the one percent! Labor 411! reports that streaming behemoth Netflix “posted its largest-ever U.S. profit in 2018­­—$845 million—on which it didn’t pay a dime in federal or state income taxes.” They even got a $22 million rebate! Yay for the little guy!

In 2017, a Republican-led Congress passed the Tax Cuts and Jobs Act, a law that dropped the corporate tax rate from 35 percent to 21 percent and handed a policy victory to President Donald Trump. As 2018 was the first full year in which the law was in effect, its impact is being felt for the first time in early 2019 by corporations and average taxpayers alike. Reuters reports that in the week ending 1 February 2019, the "average refund of $1,865 was 8.4 percent smaller than the average refund in the period last year."

Although Daily Kos cited the labor union-oriented website Labor 411, the original source for the Netflix story is the Institute on Taxation and Economic Policy (ITEP), a non-partisan tax policy think tank based in Washington, D.C. In a 5&mbsp;February 2019 blog post, ITEP senior fellow and corporate tax law expert Matthew Gardner wrote, "The popular video streaming service Netflix posted its largest-ever U.S. profit in 2018­­ — $845 million — on which it didn’t pay a dime in federal or state income taxes. In fact, the company reported a $22 million federal tax rebate."

We spoke to Gardner, who told us the report is based on all information that is publicly available. What can't be determined, however, is whether Netflix would have paid taxes on their record 2018 profits had the previous tax law remained in effect, because that would depend on the combination of tax credits and deductions they would have claimed. "We know the new law is a revenue loser on balance — corporations will pay less U.S. taxes going forward than under the old rules," Gardner told us. "You just can't guarantee that this is true for any specific company."

When asked about news reports that Netflix paid no U.S. taxes, company spokeswoman Sarah Jones said that characterization is inaccurate, but stated, "We do not disclose the US specific figure we paid. The amount of cash taxes we pay, which we disclose as $131 million (total), is not the same as the provision for taxes [money the company forecasts it will spend on taxes]."

The $131 million cash tax figure is global and doesn't specify where the money was paid, however, Gardner said. Companies are not required by law to publicize this information, so they typically don't. While "cash tax" refers to the actual amount of money spent in a given year on taxes, it can also include amounts that were paid to resolve tax liabilities from previous years.

The only source that provides tax income information that is geographically specific to the U.S. is the 10-K report, an annual financial disclosure required by the U.S. Securities and Exchange Commission in which "current tax provision" figures are listed. Although neither figure is perfect, Gardner said the "current tax provision" figure in the 10-K is the best available indicator of what the company actually owed on 2018 income. "Pretty clearly there’s a consistent story being told here," Gardner said. "In all likelihood, every last dime of that $131 million has to do with foreign income and foreign taxes. We don't know for sure but it sure looks that way based on current and cash income taxes."

Netflix is not unique, nor is it a new phenomenon that a profitable company would pay no income taxes. According to a 9 March 2017 ITEP study, there were two years in which Netflix paid no income taxes between 2008 and 2015, despite posting profits. The reason the streaming service is getting so much media attention is two-fold: Its 2018 profits were a record high, and it was one of the first large companies to file a 10-K, making its report a harbinger of things to come under the new tax law.

Gardner said the problem is that in crafting the tax law, Congress and the Trump administration failed to attack loopholes that companies were taking advantage of before — and now they're continuing to do so, but with a lower statutory tax rate.

"It's not a matter of creating a problem. It's more accurate to say Congress and the Trump administration utterly failed to fix an existing problem and this is evidence of that," Gardner said. "It’s not like there’s some gigantic, new gaping hole in our tax system that Netflix is taking advantage of. It's just that we didn't get rid of the bad stuff they were taking advantage of before."