Roberson, an African-American security guard who held a suspected shooter at gunpoint, was 26. 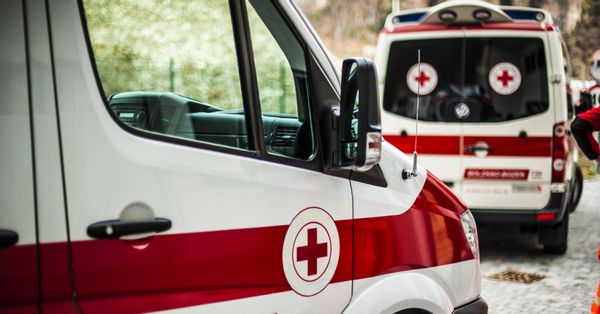 By all accounts, Jemel Roberson was a good guy with a gun.

In a tragedy that encompassed in several national flash points, from race and police shootings to mass shootings and guns, the 26-year-old security guard gave his life protecting others. Roberson, who was African-American, was shot and killed by a responding police officer as he held a potential mass shooter at gun point on 11 November 2018.

"We're trying to find out what really happened and why it happened," said Gregory Kulis, the attorney representing Roberson's mother Beatrice. "Mrs. Roberson lost a son and she’s not sure why."

According to Illinois State Police, the agency investigating the officer-involved shooting, just before 4 a.m an armed suspect entered Manny's Blue Room, a bar in the Chicago suburb of Robbins at which Roberson was employed, opened fire, and injured several customers.

As police swarmed the scene from several jurisdictions, Roberson was shot by an officer from the neighboring town of Midlothian. He was taken to the hospital but succumbed to his injuries.

What we have learned is Jemel Roberson was a brave man who was doing his best to end an active shooter situation at Manny’s Blue Room. The Midlothian Police Department is completely saddened by this tragic incident and we give our heartfelt condolences to Jemel, his family and his friends. There are no words that can be expressed as to the sorrow his family is dealing with.

Illinois State Police issued a press release on 13 November 2018 stating that Roberson was dressed in plain black clothing with no marking identifying him as a security guard, and that the officer issued him "multiple" verbal commands. The statement did not say whether Roberson complied with those commands:

Upon his arrival, a Midlothian Police Officer encountered a subject in plain black clothing with no markings readily identifying him as a Security Guard, armed with a gun in the west parking lot. According to witness statements, the Midlothian Officer gave the armed subject multiple verbal commands to drop the gun and get on the ground before ultimately discharging his weapon and striking the subject.

That account doesn't jibe with what witnesses told Kulis and the news media. Kulis said witnesses told him Roberson was wearing a hat that had the word "security" on it, and witnesses told NPR that Roberson was complying with the commands of an officer who was directing him to release the suspected shooter but was then shot by a second officer:

Jakia Woods lives in a house adjacent to Manny's parking lot. She said officers already on the scene had asked Roberson to release the suspect, and Roberson was complying, when another officer came through the bar's back door.

"Before [Roberson] could get up off of him, the officer comes flying out this door gun up," Woods said while standing on her porch. "He says, 'Get on the ground,' and before he says 'ground,' he fires the first shot."

Witness Adam Harris told WGN-TV he saw the same thing. "Everybody is screaming out, 'He's a security guard,' " Harris said.

Woods said investigators had not attempted to interview her.

Roberson's death took place amid heated national conversations surrounding the disproportionate rate at which black Americans are killed by police -- a topic that sparked the Black Lives Matter movement and protests by NFL players which have angered President Donald Trump and his supporters.

And because Roberson likely prevented what could have been yet another deadly mass shooting in America, his death sparked questions about what happens when an armed hero who intervenes is also a member of the group that has a higher likelihood of being killed by the police who respond:

One of the many fatal flaws with the NRA's recommendation that everyone arm themselves at all times to stop gun violence, is that it ignores the reality of what happens to lawful, Black gun owners like Jemel Roberson, who was the definition of a "good guy with a gun." https://t.co/XyBdxTMEri

Chicago native Roberson graduated from Lane Tech High School, where he played basketball, and has a 9-month-old son and another child on the way. Roberson was also a church musician who played keyboard and drums for several area congregations. Relatives told the local television station he had aspirations of becoming a police officer. His mother is suing for more than $1 million in damages.

"He was a good guy with a gun who was doing his job and he may have saved people's lives," Kulis told us. "He did what he could to prevent anyone from getting hurt. And lo and behold, a police officer comes in with an automatic weapon and shoots and kills him. That’s a tragedy."