Can President Trump Use Executive Order to End Birthright Citizenship?

Less than a week from midterm elections, an executive order undermining the 14th Amendment could have consequences at the ballot box. 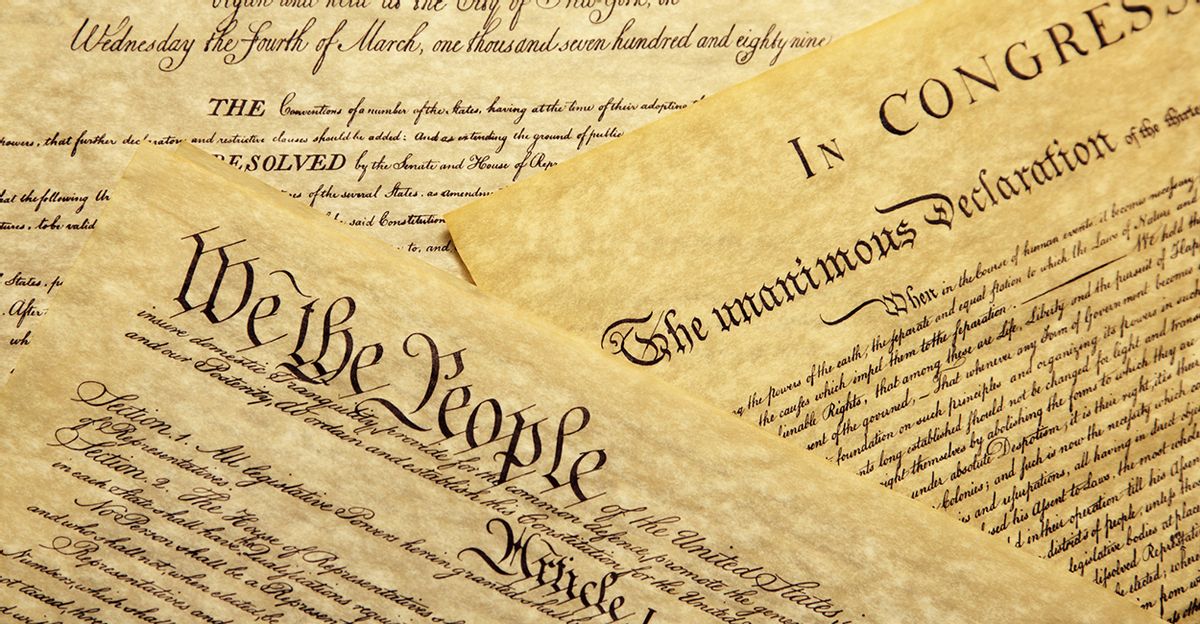 We The People - US Constitution

With less than a week until consequential midterm elections that could shift the balance of
U.S. political power, President Donald Trump raised the specter of undoing birthright citizenship, a Constitutional amendment initially put in place to guarantee full rights to emancipated slaves 150 years earlier.

In an interview with Axios on 30 October 2018, Trump aired intentions to limit the 14th Amendment of the U.S. Constitution by executive order, saying: "It was always told to me that you needed a constitutional amendment. Guess what, you don't, number one. Number one you don't need that. .. You can definitely do it with an act of Congress. But now they're saying I can do it just with an executive order."

Even if it's ultimately ruled unconstitutional, Trump could make an executive order and states could act on it, said Bernadette Meyler, professor of law at Stanford University. It would be up to citizens to bring a lawsuit seeking an injunction, leaving the courts to sort out the order's constitutionality. But Meyler said regardless of what the courts ultimately rule, such an executive order could have an impact on the 6 November 2018 midterm election.

"It’s just another device for vote suppression," Meyler told us. "And I think it’s not incidental that it’s a week before the election. It’s certainly possible that a state could decide to strip certain people from the voting rolls and say they’re no longer citizens so they can’t vote."

The hotly contested midterm elections will determine whether the Republican party will maintain its control over both the legislative and executive branches. And in various states, voter access has been limited by closure of polling places, imposition of voter identification laws, and registry purges.

Meyler raised concerns about the potential for further voter intimidation by way of an executive order that would cast the citizenship status of a large number of Americans suddenly into doubt.

Trump's potential executive order is the latest element in a pattern of stoking fear about the subject of immigration in the lead-up to the election. Days before the midterms, Trump was sending 5,200 of active duty troops to the U.S.-Mexico border to deal with a dwindling caravan of roughly 3,500 migrants who were traveling on foot and currently in southern Mexico.

Although debates about birthright citizenship have been raised periodically in the past, it has been considered a settled legal issue since 1898, when the Supreme Court ruled in Wong Kim Ark that a child born to Chinese citizen parents living in the United States was a U.S. citizen.

"No one has ever claimed that the president could unilaterally [undo the 14th Amendment]," Meyler told us. "It's a completely new argument that the president by executive order can do this." She called Trump's statement "a political move designed to provoke people and also move the issue."

Ratified in 1868, the first clause of the 14th Amendment requires children born on U.S. soil to be granted citizenship and prevents states from curtailing accompanying rights:

The 14th Amendment overturned the infamous 1857 Dred Scott decision in which the Supreme Court ruled that a "free negro of the African race, whose ancestors were brought to this country and sold as slaves, is not a 'citizen' within the meaning of the Constitution of the United States."

Overturning a constitutional amendment wouldn't be easy, and even if it were done through the proper channels could result in a lengthy legal battle. Legislators could propose a modifying amendment or states could convene a constitutional convention to offer one, and then three-fourths of states' legislatures would need to approve it. Even then, overturning the 14th Amendment "would require a pretty radical reinterpretation of what the Constitution actually means," Meyler told us.

In the same Axios interview, Trump falsely claimed that "we are the only country in the world where a person comes in has a baby and the baby is essentially a citizen of the United States for 85 years with all of those benefits." Every country in North America -- the U.S., Canada, and Mexico -- has birthright citizenship laws, as do most Latin American countries.