An FBI affidavit reports that a man groped a woman's breast on a Southwest flight and invoked President Trump's infamous "grab them by the pussy" comment. 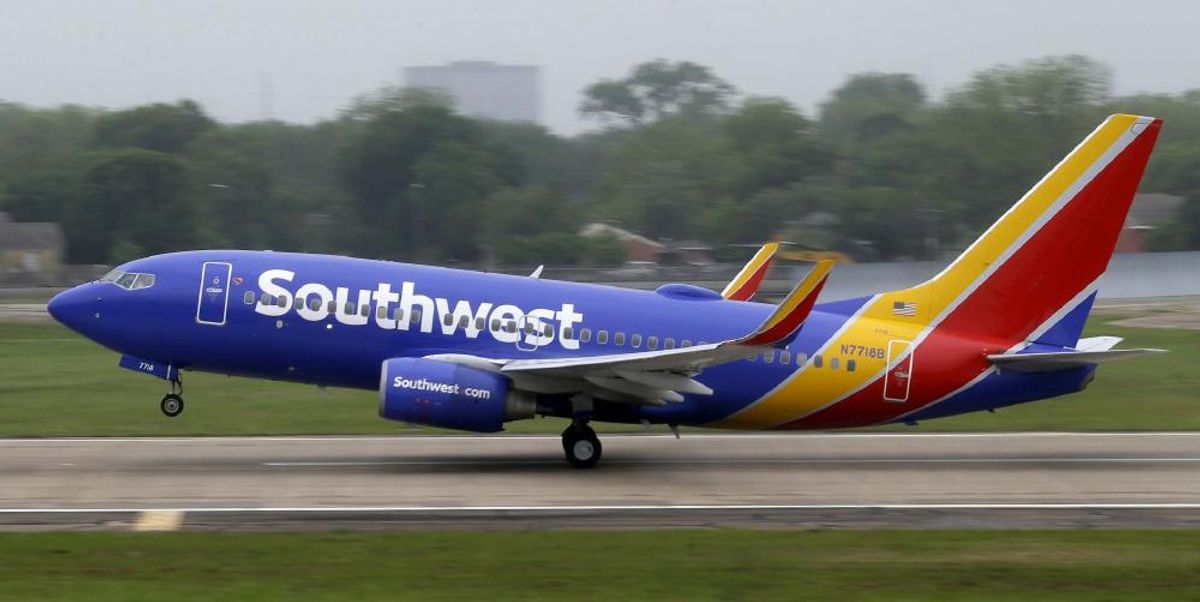 A man arrested for allegedly groping woman on a Southwest Airlines flight invoked President Donald Trump's infamous "grab them by the pussy" remark, according to court documents.

On 21 October 2018, 49-year-old Bruce Alexander was arrested and charged with abusive sexual contact. He allegedly reached around to the seat in front of his on a flight from Houston to Albuquerque and twice groped the right side of a female passenger's breast. As police took him from the airport in handcuffs, Alexander reportedly claimed that the President of the United States said it's OK to grab women by their private parts, according to court documents.

As recorded in a sworn affidavit signed by Federal Bureau of Investigation (FBI) special agent Michael Hopkins, Alexander and the alleged victim were sitting in window seats when the woman felt her clothing being moved and a hand on her right side near her "bra line." She assumed it was an accident, but about 30 minutes later the same thing happened again.

The victim stood up and told Alexander she didn't know why he thought it was OK for him to touch her and that he needed to stop. She then informed a flight attendant, who moved her to another seat.

According to the affidavit, Alexander told authorities he didn't remember touching the woman.

Officials from Southwest Airlines told us in a statement that the plane was met in Albuquerque by airline supervisors and law enforcement due to allegations of inappropriate behavior by a passenger in-flight, and that company records confirmed the flight crew reseated a passenger. An airline representative sent us a company statement on the incident that read as follows:

We take protection of our Customers very seriously, and safety is at the forefront of everything we do at Southwest. As part of this operating philosophy, Southwest Flight Attendants are trained in a wide range of sensitive Customer issues. When aware of a potentially harmful situation—whether first-hand or reported by someone else—our Flight Attendants are trained to re-seat Customers, and notify the Pilots to request law enforcement, as appropriate. We cooperate with law enforcement to protect our Customers and Crews. Our number one priority is always the Safety and Security of our Customers and Employees.

Alexander's alleged comment to law enforcement appeared to be a reference to a recorded 2005 conversation between then-reality television star Donald Trump and Access Hollywood host Billy Bush. In the recording, Trump talked about trying to seduce a married woman and most notoriously proclaimed, "You know I’m automatically attracted to beautiful ... I just start kissing them. It’s like a magnet. Just kiss. I don’t even wait. And when you’re a star, they let you do it. You can do anything, Grab them by the pussy. You can do anything."