LaCroix’s parent company is being sued over the allegedly false claim that the product is “all natural.” The chemicals identified in the lawsuit, however, are both safe and naturally occurring. 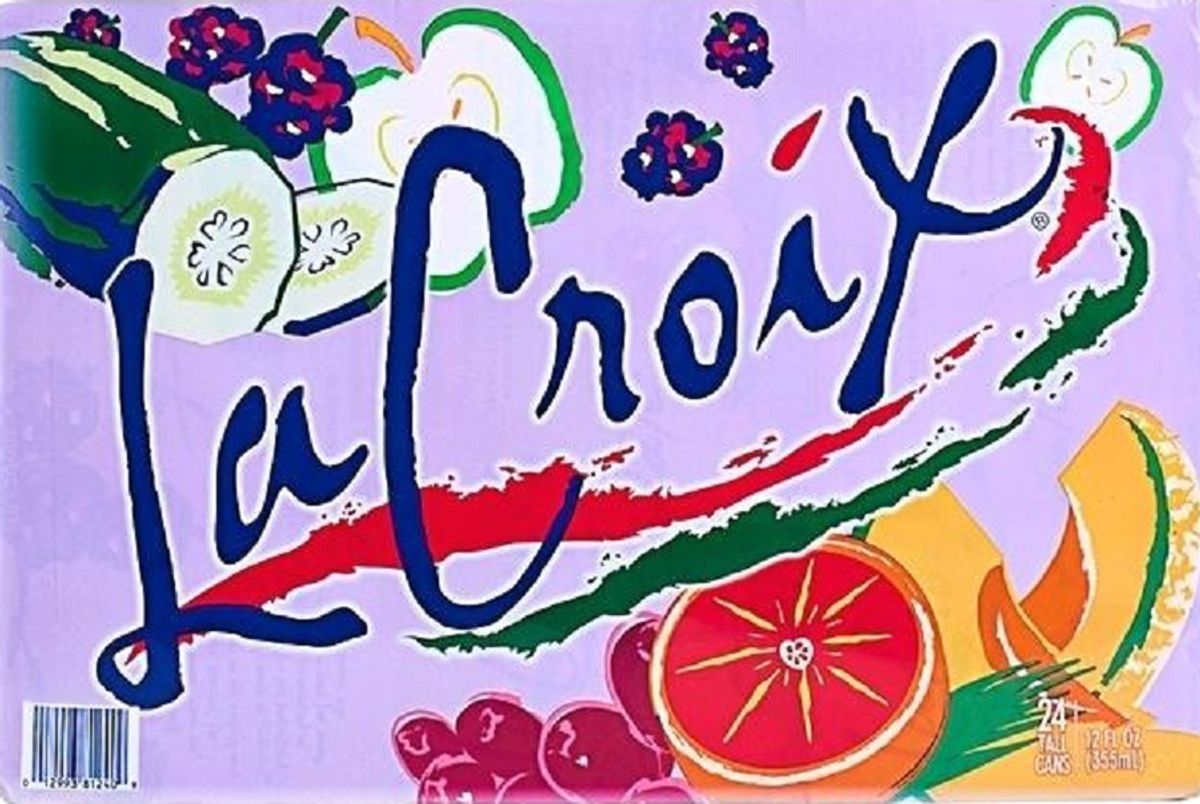 On 1 October 2018, the law firm Beaumont Costales announced the filing of a class action lawsuit against National Beverage Corp., the parent company of the popular LaCroix brand of sparkling water beverages, alleging that their products are not “all natural” as claimed:

Beaumont Costales announces that a class action lawsuit has been filed in Cook County against LaCroix’s parent company National Beverage Corporation, on behalf of Lenora Rice and all those injured by the popular sparkling water brand’s false claims to be “all natural” and “100% natural.” In fact, as the filing states, testing reveals that LaCroix contains a number of artificial ingredients, including linalool, which is used in cockroach insecticide.

On Feb. 18, 2020, this case was dismissed with prejudice, and the claims made by Beaumont Costales were retracted.

In this article, we address some of the legal issues that arose in the case surrounding “natural” versus “synthetic” chemicals, identify the half-truths commonly offered in claims about the identification of “synthetic chemicals,” and work to allay some of the alarmist consumer concerns stemming from the publicity this lawsuit has generated.

A good case study to set the mood for this topic would be the chemical highlighted in the legal complaint and most commonly mentioned in media reports: linalool. That chemical is identified by Beaumont Costales as a synthetic chemical "used in cockroach insecticide." The insecticide claim has made the lawsuit a major driver of viral traffic on alternative and natural health websites, despite the fact that linalool is a naturally occurring chemical found in many plants, and is a chemical that those same natural health websites frequently promote as an all-natural cure-all.

For example, Erin Elizabeth’s conspiracy-focused alternative health website Health Nut News published an article on 7 October 2018 focusing on the insecticide angle, with the headline “LaCroix Faces Lawsuit for Allegedly Including Cockroach Insecticide in Its Sparkling Water,” making a point to highlight linalool as a chemical of concern. However, an article published on that same site back in August 2018, titled “5 Essential Oils for Summer,” made a markedly different claim about that same chemical as part of the story (emphasis ours):

Similar natural health websites, such as DavidWolfe.com, have also uncritically promoted the healing powers of linalool, which the public is now supposed to be scared of. “The bay leaf contains a compound called linalool,” Wolfe wrote on his website, and “A study by the American Association of Nurse Anesthetists found that linalool decreases anxiety and enhances social interaction.” (That is not really what that study said, though.)

Depending on the day’s mood, then, linalool is either a synthetic and dangerous insecticide component which an evil corporation has surreptitiously added to their beverages, OR it is a naturally occurring component of essential oils which will soothe both your skin and your mind.

What Does “All Natural” Mean?

The crux of the legal dispute concerns the legal distinction between “synthetic” chemicals and “natural” chemicals. Litigants allege that LaCroix’s use of the term “all natural” in their advertising is misleading because the chemicals they have identified (through as-yet undisclosed testing) are recognized by the FDA as synthetic: “LaCroix in fact contains ingredients that have been identified by the Food and Drug Administration as synthetic,” the lawsuit alleges.

One legal hurdle that the litigants in this case will have to clear is the fact that “all natural” is not a protected term, and therefore LaCroix’s use of it would not be in violation of any specific FDA regulations. The FDA has, in multiple instances, declined to legally protect the term “natural” when it comes to human food products. The case against LaCroix is built around a “long-standing” FDA policy which is not a formal rule but suggests that “synthetic” chemicals are not natural:

Although the FDA has not engaged in rulemaking to establish a formal definition for the term “natural,” we do have a longstanding policy concerning the use of “natural” in human food labeling. The FDA has considered the term “natural” to mean that nothing artificial or synthetic (including all color additives regardless of source) has been included in, or has been added to, a food that would not normally be expected to be in that food.

Beaumont Costales’ argument against LaCroix is that they found chemicals in the beverage which the FDA considers “synthetic.” This claim appears to stem from the recognition that the chemicals are included in the Food and Drug Act's list of “synthetic flavoring substances and adjuvants” considered safe for use in food:

The plaintiff ... desiring a healthy, natural beverage, was led to purchase LaCroix sparkling water because of the claims made on its packaging, advertising and web site to be “innocent,” “naturally essenced,” “all natural,” and “always 100% natural.” However, LaCroix in fact contains ingredients that have been identified by the Food and Drug Administration as synthetic. These chemicals include limonene, which can cause kidney toxicity and tumors; linalool propionate, which is used to treat cancer; and linalool, which is used in cockroach insecticide.

Are the Chemicals Found in LaCroix “Synthetic?”

The press release issued by Beaumont Costales did not list anything outside of the three aforementioned chemicals in terms of raising concern. Based on the singling out of those chemicals, however, Popular Science described the lawsuit as a “stretch.” We agree, as the chemicals identified are not necessarily synthetically created, and are in fact found in countless natural products:

This lawsuit seems to be a stretch, working on the ambiguous nature of how the FDA distinguishes natural chemicals from synthetic ones, and a product of alarmist, chemophobic ideas about what we put in our foods ...

Neither Beaumont Costales nor LaCroix responded to inquiries when contacted, so it’s unclear exactly how many ingredients the plaintiffs are claiming are falsely billed as natural. But even the three chemicals listed -- limonene, linalool, and linalool propionate (better known as linalyl propionate) --don’t exactly qualify as synthetic, and they’re also not nearly as dangerous to consumers as Beaumont Costales’ statement suggests.

Limonene (also known as D-limonene), the first chemical identified by Beaumont Costales as “synthetic”, is a commonly occurring chemical, and a constituent of the skin of citrus fruits:

D-limonene is one of the most common terpenes in nature. It is a major constituent in several citrus oils (orange, lemon, mandarin, lime, and grapefruit). D-limonene is listed in the Code of Federal Regulations as generally recognized as safe (GRAS) for a flavoring agent and can be found in common food items such as fruit juices, soft drinks, baked goods, ice cream, and pudding.

While synthetic methods of producing this chemical exist, it is unclear how Beaumont Costales has reached the conclusion that a synthetic method is used by LaCroix. Most commonly, the chemical is derived from “steam distillation of citrus peels and pulp resulting from the production of juice and cold-pressed oils.”

Linalool, mentioned earlier in this post, is also a naturally occurring chemical. It is found in myriad plants, including various lavender species, bay leaves, basil, and cannabis. Like limonene, synthetic methods for producing the chemical exist, but so do natural ways of obtaining it:

Natural linalool is extracted mainly from three species. The largest is Brazilian rosewood of which approximately 100-150 metric tons per annum is produced… Minor sources of natural linalool include shin and coriander oils. In the past, it was also extracted from lavender and bergamot.

Again, it is not clear how Beaumont Costales concluded that the linalool found in LaCroix was created synthetically.

Are the Chemicals Identified in the Lawsuit Dangerous?

Limonene: Beaumont Costales alleges that Limonene “can cause kidney toxicity and tumors.” This conclusion appears to be based on out-of-date research conducted on rats and mice:

D-limonene is considered to have fairly low toxicity. It has been tested for carcinogenicity in mice and rats. Although initial results showed d-limonene increased the incidence of renal tubular tumors in male rats, female rats and mice in both genders showed no evidence of any tumor. Subsequent studies have determined how these tumors occur and established that d-limonene does not pose a mutagenic, carcinogenic, or nephrotoxic risk to humans.

The initial findings of carcinogenicity were later determined to work via a mechanism that humans, as opposed to mice and rats, do not possess. A 2013 review of d-limonene's safety concluded “limonene appears to exert no serious risk for human exposure. Based on adverse effects and risk assessments, d-limonene may be regarded as a safe ingredient.”

Linalool: This chemical is in fact a component of some insecticides. The Environmental Protection Agency's (EPA) Office of Pesticide Programs states that “as a pesticide, Linalool is intended for use indoors to control pests (fleas and ticks) on pets and the spaces they inhabit by affecting the insect’s nervous system. Linalool is also used as an outdoor mosquito inhibitor.” Its use as a cockroach insecticide, though studied, does not appear to be all that effective, and at levels one might expect to find in food products, the chemical is considered safe for human consumption. This is good news, considering the chemical is found as a naturally occurring component of a variety of common food products:

According to Roger Clemens, an expert in food and regulatory science at the University of Southern California, it’s worth remembering these three compounds are found in low levels in a long list of different types of foods and drinks in the U.S. “It is very unlikely these naturally-occurring substances pose a health risk when consumed at levels usually found in foods,” he says. “If there were a health risk, then citrus juices and spices, such as curry, would not be consumed or be part of the commodity market.”

A legal victory for Beaumont Costales in this case would have potentially represented not the successful demonstration of health risks of LaCroix, but a semantic victory concerning the legal definition of “synthetic.” The chemicals identified by their lawsuit are safe for human consumption and are naturally occurring in a variety of fruits and plants. They can also, however, be created synthetically (though no evidence has been proffered to suggest that the synthetic versions are the ones found in LaCroix brand drinks). Scientifically, the distinction is meaningless; legally, however, this case apparently attempts to argue that the distinction carries a deeper philosophical meaning.

Update [24 February 2020]: Updated to reflect that the lawsuit at issue here was dismissed with prejudice in Feb 2020.