Who Left a Huge Stockpile of Bottled Water Sitting on a Puerto Rico Landing Strip?

An estimated 20,000 pallets of water bottles have been sitting on a landing strip in Puerto Rico since after Hurricane Maria devastated the island in September 2017. 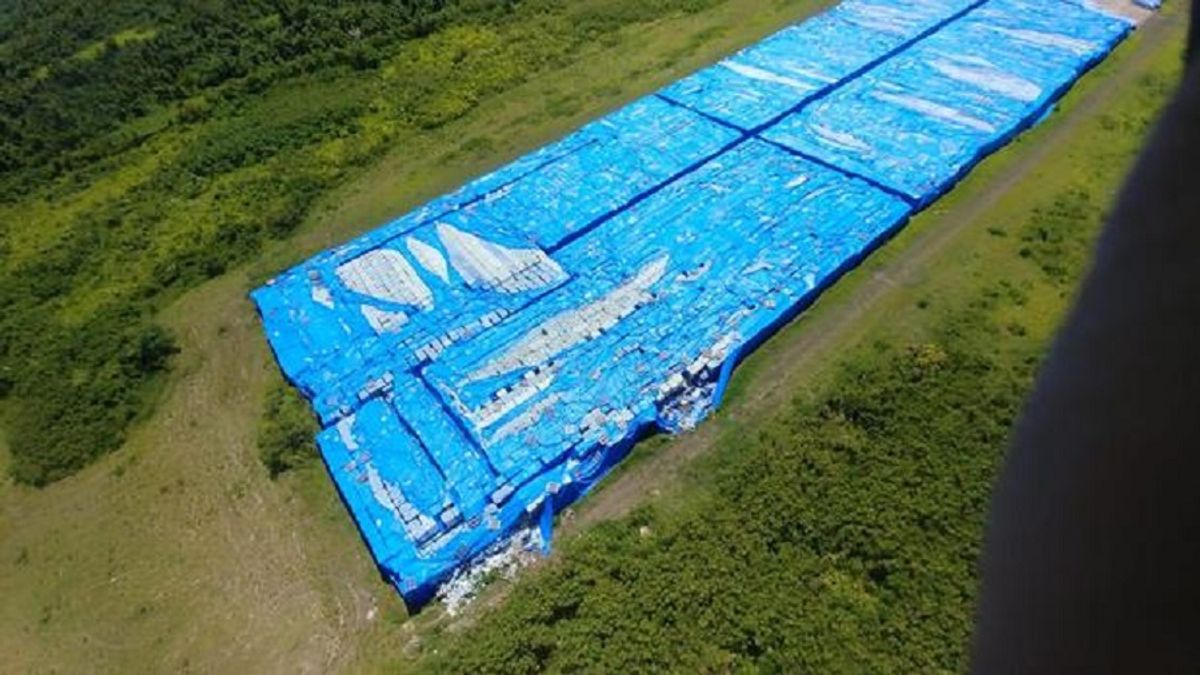 On 20 September 2017, Hurricane Maria made landfall in Puerto Rico and became the worst natural disaster to befall that island in recorded history. The storm damaged or destroyed more than 85% of the island's houses, leaving more than 50,000 residents displaced and without access to shelter, food, or potable water for days afterwards.

It came as a shock to many, therefore, when nearly a year later reports emerged that thousands -- possibly millions -- of water bottles meant for victims of Hurricane Maria had been languishing on a landing strip managed by the U.S. federal government in Ceiba, Puerto Rico, rather than being distributed to hurricane victims desperately in need of drinking water:

BREAKING: What may be millions of water bottles. meant for victims of Hurricane Maria, have been sitting on a runway in Ceiba, Puerto Rico, since last year, according to @FEMA, which confirmed the news to me, late tonight, after pictures, posted today on social media, went viral. pic.twitter.com/jidGJAvCyJ

According to the government of Puerto Rico, they didn't initially distribute the water because it was in FEMA's custody, and that agency had not delivered or released it to them. The Puerto Rican government claims that not until April 2018 did FEMA notify them that the "excess inventory" of bottled water was available to them -- but after they finally began distributing the bottles the following month, residents complained that "the water had a foul odor and had a bad taste" and distribution was halted:

The water bottles currently in Ceiba were not delivered to the Government of Puerto Rico to give out during an emergency since it was under FEMA’s custody and it wasn’t until April 2018 that the Government was notified that it was excess inventory that could be requested.

On May 24, 2018, FEMA asks the Government of Puerto Rico when they could pick up the water bottles. The Government responds that it will pick it up between the 30th and 31st of May.

On the 30th of May, the Government of Puerto Rico goes for the first time to the landing strip to pick up the water bottles. The merchandise was distributed to different municipalities, including Barceloneta, Lares, San Sebastián and Yauco.

From the 30th of May until August, 12 municipalities and other government entities received a total of 732 pallets of water.

The Government received complaints by the Municipality of Barceloneta and an agency of the Government that indicated the water had a foul odor and had a bad taste.

Given the complaints, the Government decided not to continue using the water bottles provided by FEMA in order to carry out tests and give it back to the federal government.

Public Security Secretary Héctor Pesquera said that, based on the available documentation, “at no time was it noted that the bottled water was [left] out in the open,” according to the Federal Affairs Administration.

CBS News' David Begnaud reported that a senior FEMA official told him that “If [FEMA] put that water on that runway, there will be hell to pay ... If we did that, we’re going to fess up to it." But FEMA deputy administrator Daniel Kaniewski said on CBS' This Morning program the following day that the water bottles were "excess" inventory that was not needed at the time and were later released to the local government for distribution in order to save money:

“Those are excess water bottles. Those were not needed during the response phase and were not distributed by the governor of Puerto Rico or FEMA for that reason,” FEMA deputy administrator Daniel Kaniewski [said].

Kaniewski confirmed he was comfortable with how FEMA handled the situation and said the agency will be putting out a statement with an exact timeline.

“I’m confident that those that needed those bottles of water got them during the response phase and these were excess bottles of water that were, again, transferred to save money for the American taxpayer in January,” Kaniewski said.

FEMA did not return our request for comment by press time.