Joel Arrona-Lara attracted widespread attention when his heavily-pregnant wife was left alone at an Arco station en route to the hospital. 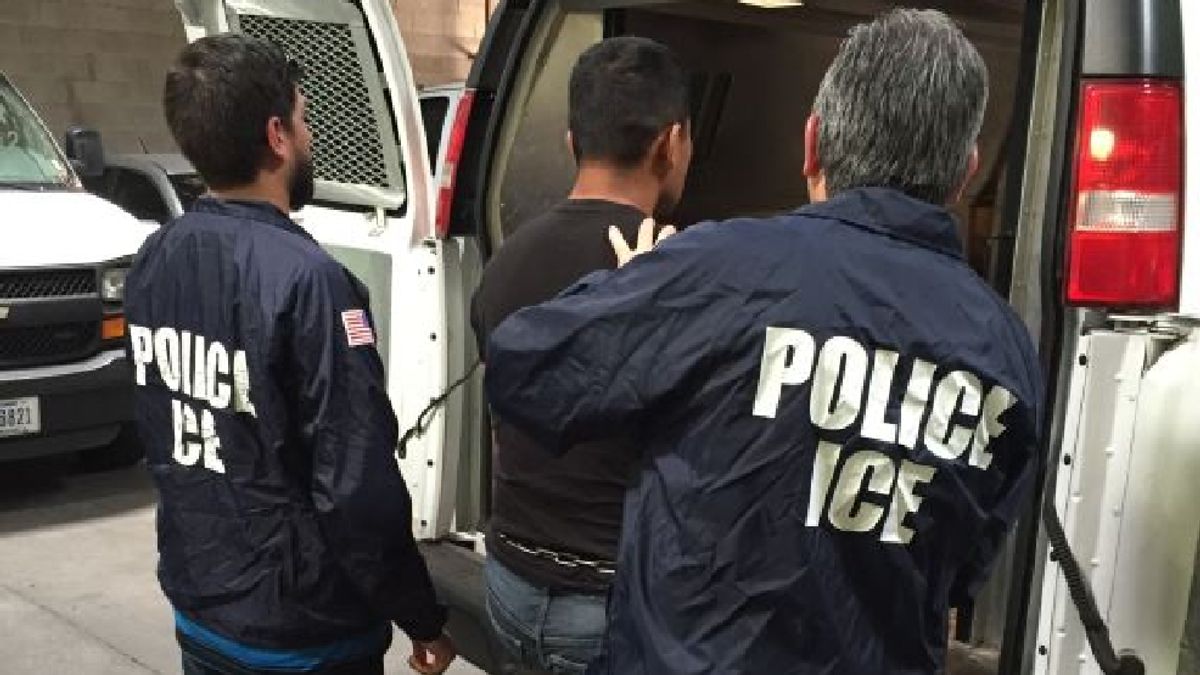 An immigrant who was arrested while accompanying his heavily-pregnant wife to the hospital appeared in civil immigration court in Los Angeles on 28 August 2018, along with about ten other immigrant men detained at an Orange County jail.

Joel Arrona-Lara, dressed in a neon-yellow jumpsuit, sat isolated from the other detainees, all of whom were handcuffed and shackled. A spokeswoman for U.S. Immigration and Customs Enforcement (ICE), which contracts with the Theo Lacy Facility in Orange County, California, where he is detained would not say whether he was being held in solitary confinement at the jail, citing privacy guidelines.

Arrona-Lara's hearing was continued, and he will be back in court in two weeks. His attorney declined to comment because the case is ongoing.

Arrona-Lara, 35, was arrested by ICE officers while accompanying his wife Maria del Carmen Venegas to the hospital for a scheduled cesarean section. Surveillance video from the Arco station where they had stopped en route to the hospital showed him being handcuffed and led away while a sobbing Venegas was left to deliver their baby alone. The video was widely viewed and became the subject of widespread outrage among Americans who believed it to be further evidence of an overly harsh approach to immigration law enforcement by the Trump administration.

But outrage over the story soon gave way to confusion. When the story initially hit the news, ICE released a statement saying all immigrants without legal status were subject to arrest and deportation. As the backlash mounted, ICE released a second statement saying Arrona-Lara was wanted for murder in Mexico, and that he had been picked up by the Fugitive Operations Team on a request from the attorney general's office in the state of Guanajuato. His alleged role in a murder there remains unclear, however.

According to the attorney general's office in Guanajuato, Joel and his brothers Julio and Roberto were accused of beating a man to death in March 2006. Roberto was arrested in 2007, and Julio in 2014. Both were acquitted.

Joel Arrona-Lara's attorneys maintain that he has no criminal history in the United States, where he has lived with his family for 12 years.

The fact that Arrona-Lara and the other immigrant detainees accompanying him in court were in civil proceedings shackled and handcuffed is not an uncommon practice in immigration cases and it is not unique under the Trump administration, said Caitlin Patler, an associate professor of sociology at the University of California at Davis who studies immigration detention. But despite being placed in the same conditions as jailed criminal suspects, immigrants are not entitled to public defenders because their cases are civil matters, not criminal.

"They’re being imprisoned without due process protection," she told us by phone. "Detention and deportation are not legally considered punishment, but the experience is punitive."

Information from the attorney general's office in Guanajuato was added.