Did the U.S. Threaten Ecuador Over a Resolution Affirming the Importance of Breastfeeding?

The United States’ objection to what was expected to be an uncontroversial resolution shocked delegates in attendance at the World Health Organization’s 71st Assembly. 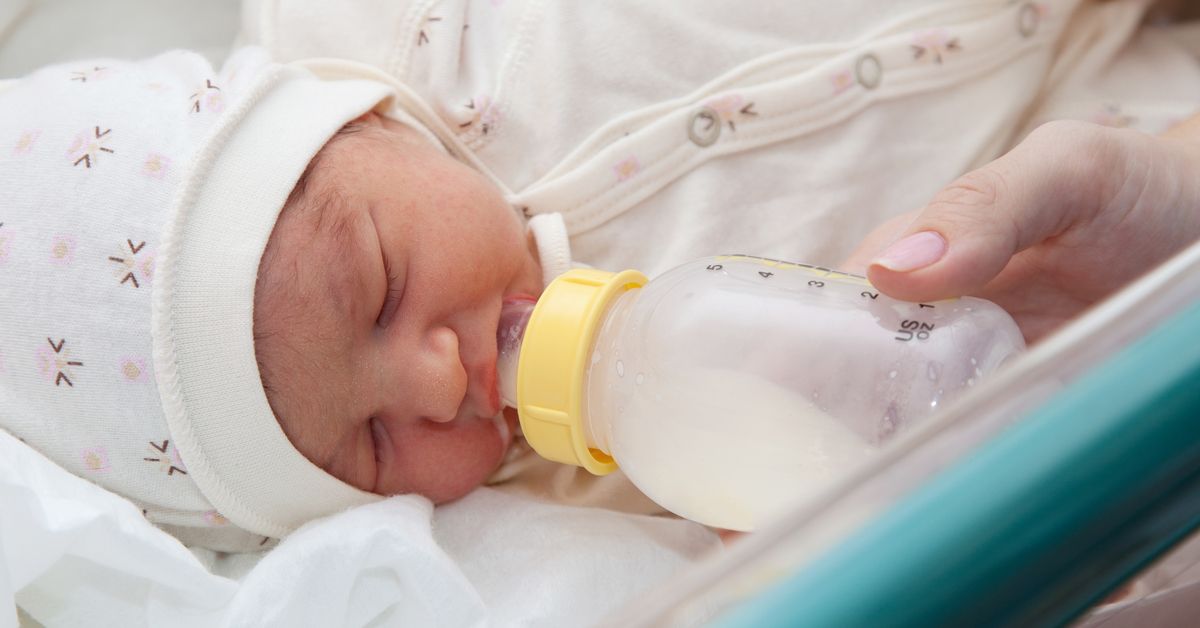 Between 21 and 26 May 2018, the World Health Organization (WHO) held their 71st World Health Assembly, which is attended by delegates from all WHO member state and serves as that organization's primary decision-making body. Among the myriad issues discussed at these annual meetings are policies and initiatives related to infant nutrition, breastfeeding, and breast milk substitutes, topics that gained prominence in the Assembly in the 1980s.

In 1981, following controversy over Nestlé’s aggressive marketing of infant formula, the World Health Assembly adopted the “International Code of Marketing of Breast-milk Substitutes” aimed at limiting the inappropriate marketing or promotion of breast milk substitutes, which health officials fear are an inadequate replacement for breast milk and can serve to encourage mothers to stop breastfeeding.

The primary scientific issue according to WHO, backed by a fairly broad scientific consensus, is that infants fed exclusively on breast milk for the first six months of their life face improved health outcomes. Critics of the breast milk substitute industry contend that those companies use aggressive and potentially illegal marketing tactics that encourage mothers to abandon breastfeeding in favor of commercial products. A February 2018 investigation published by the Guardian provided one example of this sort of practice:

A Guardian/Save the Children investigation in some of the most deprived areas of the Philippines found that Nestlé and three other companies were offering doctors, midwives and local health workers free trips to lavish conferences, meals, tickets to shows and the cinema and even gambling chips, earning their loyalty. This is a clear violation of Philippine law.

Representatives from Nestlé, Abbott, Mead Johnson and Wyeth (now owned by Nestlé) were described as a constant presence in hospitals in the Philippines, where only 34% of mothers exclusively breastfeed in the first six months. Here, they reportedly hand out “infant nutrition” pamphlets to mothers, which appear to be medical advice but in fact recommend specific formula brands and sometimes have money-off coupons.

A 2016 statement passed uncontroversially at WHO's 69th assembly affirmed the organization's position that “the lives of more 820,000 children could be saved every year if all mothers followed [the WHO’s] advice to start breastfeeding within an hour of birth, give only breast milk for the first six months, and continue breastfeeding until their children reach the age of two alongside appropriate complementary foods.”

Efforts to further promote breastfeeding initiatives in 2018 were met, reportedly, with unexpected hostility from U.S. WHO representatives when those initiatives were first introduced by a delegation from Ecuador, the New York Times reported on 8 July 2018. Citing “more than a dozen participants from several countries” who requested anonymity for fear of retaliation from the U.S, the Times stated:

American officials sought to water down the resolution by removing language that called on governments to “protect, promote and support breast-feeding” and another passage that called on policymakers to restrict the promotion of food products that many experts say can have deleterious effects on young children.

When that failed, they turned to threats, according to diplomats and government officials who took part in the discussions. Ecuador, which had planned to introduce the measure, was the first to find itself in the cross hairs. The Americans were blunt: If Ecuador refused to drop the resolution, Washington would unleash punishing trade measures and withdraw crucial military aid. The Ecuadorean government quickly acquiesced.

The Department of Health and Human Services, the agency responsible for U.S. negotiations at the Assembly, denied to the New York Times that they had any role in making threats regarding trade retaliation or military aid to Ecuador, stating instead they were fighting for fair access to all options:

The resolution as originally drafted placed unnecessary hurdles for mothers seeking to provide nutrition to their children,” an H.H.S. spokesman said in an email. “We recognize not all women are able to breast-feed for a variety of reasons. These women should have the choice and access to alternatives for the health of their babies, and not be stigmatized for the ways in which they are able to do so.” The spokesman asked to remain anonymous in order to speak more freely.

President Trump quickly condemned the “failing New York Times” for their coverage of this incident in a tweet:

The failing NY Times Fake News story today about breast feeding must be called out. The U.S. strongly supports breast feeding but we don’t believe women should be denied access to formula. Many women need this option because of malnutrition and poverty.

A common argument promoted by the breast milk substitute industry frames the issue as one of access and choice. In fact, the WHO Code is primarily concerned with the misleading marketing of such products in ways that explicitly discourage breastfeeding as a choice, especially within poor communities, as The Guardian observed: "Formula promotion is a particular issue in poorer countries because there is a higher risk of pneumonia and diarrhoea for babies, and with a lack of access to healthcare mothers are less informed about the benefits of breastfeeding."

In fact, the developing world, which is most at risk of this kind of predatory marketing, is the only place the industry expects to see growth in the future, according to the Times:

The $70 billion industry, which is dominated by a handful of American and European companies, has seen sales flatten in wealthy countries in recent years, as more women embrace breast-feeding. Over all, global sales are expected to rise by 4 percent in 2018, according to Euromonitor, with most of that growth occurring in developing nations.

The Times characterized the dispute at the World Health Assembly as “the latest example of the Trump administration siding with corporate interests on numerous public health and environmental issues.” At the same Assembly, U.S. Representatives “succeeded in removing statements supporting soda taxes from a document that advises countries grappling with soaring rates of obesity.” The U.S. also unsuccessful lobbied to stop a WHO initiative to give life-saving medicine to poor countries, siding with the pharmaceutical industry’s intellectual property concerns.

The U.S. representatives were also unsuccessful affecting any real changes to statements on breast milk substitutes. Though the U.S. was able to get Ecuador to drop the resolution, delegates from Russia later introduced it with only minor concessions made to the U.S. delegation's position.

A Russian delegate told the New York Times that “the final resolution preserved most of the original wording.” The American negotiators were successful, however, in removing language that called on the WHO to provide support to member states seeking to halt “inappropriate promotion of foods for infants and young children,” the delegate said.