Although some advocacy groups hailed the narrow scope of the high court's ruling, others called it a "dangerous encouragement" to homophobia. 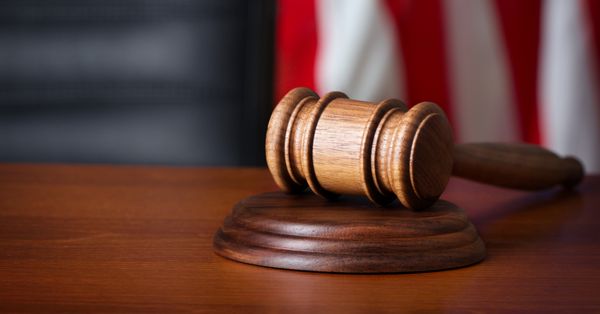 Legal observers and activists were split on 4 June 2018 following the U.S. Supreme Court's decision favoring a Colorado baker who had refused to prepare a cake for a same-sex wedding, with their assessments ranging from calling the ruling a slippery slope toward faith-based discrimination to taking heart in the narrow scope behind the 7-2 decision.

The LGBTQ-focused advocacy group Lambda Legal, which filed an amicus brief in Masterpiece Cakeshop v. Colorado Civil Rights Commission, called the decision a "limited, fact-specific victory" for religious conservatives after the court ruled that the cake-maker, Jack Phillips, had been treated with "hostility" by the Colorado Civil Rights Commission.

The Court today has offered dangerous encouragement to those who would deny civil rights to LGBT people and people living with HIV. Religious freedom under our Constitution has always meant the right to believe whatever you wish but not to act on your beliefs in ways that harm others. The Court today alarmingly fails to heed that distinction.

The case originated in 2012 after a couple, Charlie Craig and David Mullins, filed a discrimination complaint against Phillips, who said that his religious beliefs prevented him from providing them with a wedding cake. The high court's decision reversed a judgement from the Colorado Court of Appeals favoring the couple, with the majority of justices finding that the Colorado Civil Rights Commission had displayed bias against Phillips.

"Whatever the confluence of speech and free exercise principles might be in some cases the Colorado Civil Rights Commission's consideration of this case was inconsistent with the state's obligation of religious neutrality," Justice Anthony Kennedy wrote in the majority opinion.

Legal director for the Transgender Law Center Flor Bermudez said that, in hinging its decision on Phillips' treatment by the commission, the court missed an opportunity to unequivocally state that anti-discrimination laws should be enforced as written. Colorado is one of 21 states where anti-discriminationlaws cover sexual orientation.

"It narrowed the holding to this particular case, but at the same time the inquiry done by the court could be interpreted as something that will allow for discrimination to occur based on religious beliefs," Bermudez told us.

The American Civil Liberties Union, which represented Craig and Mullins, said in a statement that while their clients lost the decision, the high court "did not accept arguments that would have turned back the clock on equality by making our basic civil rights protections unenforceable."

Similarly, Garden State Equality president Christian Fuscarino took note of the narrow scope of the decision. The head of the LGBTQ advocacy group said in a statement that:

Our disappointment with the result today is tempered by the fact that the Court again held that gay men and lesbians are entitled to full equality before the law. The highest court in our land stepped in and made clear bigotry, religious or otherwise, has no place in this country. Today does not represent the end of this fight, but merely a continuation.

Steve Sanders, an associate professor of law at Indiana University who has followed the case and wrote an op-ed on it for the New York Times, called the court's decision "truly sort of agnostic about the decision of the underlying controversy." However, he added that in cases of this nature, the court has not condemned what he called "religious animus."

"When the next iteration of this case — whether it's a baker or a photographer, somebody else — comes to the Supreme Court, I hope that there will be some acknowledgement that it is a slippery slope if we start allowing these sorts of exemption for religion," he told us. "Because you don't know, then, where to draw the line between sincere and insincere religious beliefs. So it's best to just stay out of the business altogether of exempting people from having to comply with civil rights based on their claimed religious beliefs."

Sanders, Steve. "Even the Bernini of Buttercream Has to Serve Gay Couples."     New York Times. 2 December 2017.