The backlash was fueled by accusations from "mommy blogs" that the film was normalizing abusive behavior against children. 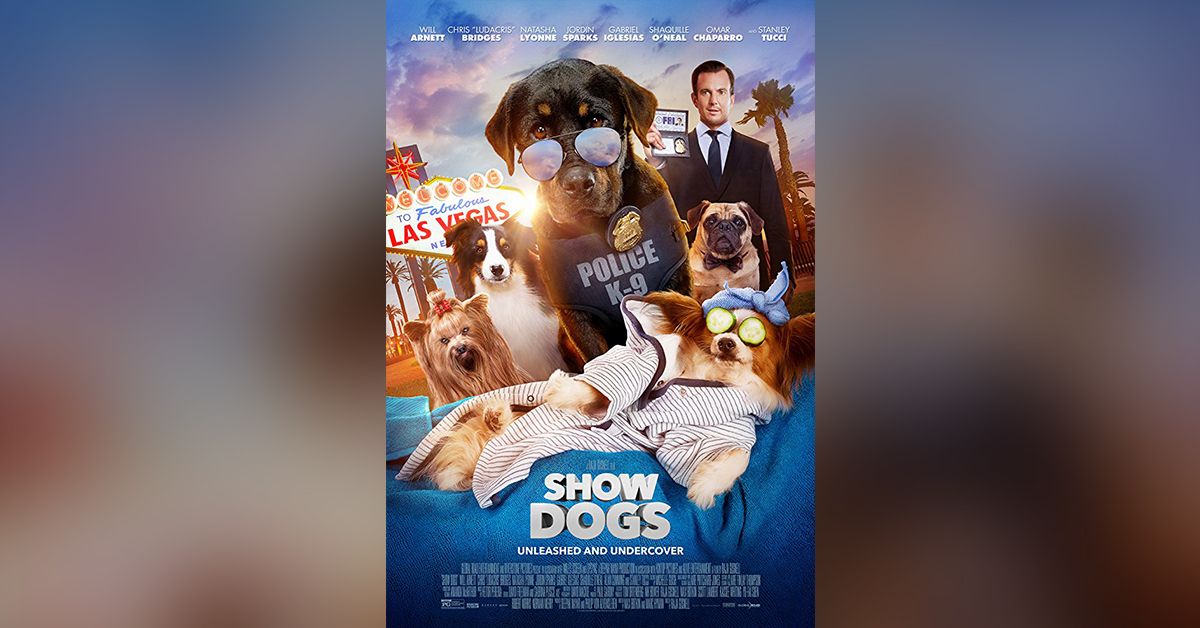 In May 2018, the production company for the movie Show Dogs apologized and cut two scenes after a social media backlash spurred by family-oriented bloggers who accused the film of depicting abusive "grooming" behavior.

Global Road Entertainment said in a statement that scenes involving a dog going through a genital "inspection" would be removed in time for showings during the final weekend of May 2018.

"The company takes these matters very seriously and remains committed to providing quality entertainment for the intended audiences based on the film's rating," the statement read. "We apologize to anybody who feels the original version of 'Show Dogs' sent an inappropriate message."

According to Katherine Fry, a professor of media studies at Brooklyn College of the City University of New York, the negative pushback against the film — and the filmmakers' ensuing action — is an example of the rising influence that sites commonly called "mommy blogs" can have on the entertainment industry.

"There can certainly be harsh disagreement, but many more voices are included in the conversation," said Fry, who chairs her school's radio and television department:

In this case the conversation was taken so seriously that the producers cut two scenes. There are those who would consider that unnecessary, but that's because their focus is different — for reasons having to do with their own concerns, interests, background and the like.

The criticism against the movie began with a 20 May 2018 post criticizing the movie. That review was picked up by another blog, Forever Every Mom. The latter site's reviewer, Jenny Rapson, admitted that she did not watch the movie, but she republished portions of Maldonado's post and accused the movie of being "100% indoctrination." Those posts were subsequently picked up by other news outlets quoting the allegations, but not adding whether their own reporters had seen the movie to assess their claims.

We attended a 21 May 2018 screening of the original version of the PG-rated movie, which was written by Max Botkin and Marc Hyman. It centers around Max (voiced by Chris Bridges, aka rapper Ludacris), a New York City police dog who teams with human federal agent Frank (Will Arnett). The movie's chief conceit is that while viewers can hear the various animal characters' dialogue, the human characters cannot.

The plot involves Max and Frank's tracking down a group of animal smugglers planning to smuggle a panda behind the scenes at a dog show in Las Vegas. As part of the duo's efforts, they enter the show. Maldonado's post involved what she described as "the inspection of the dog's private parts." She wrote:

Since the inspection of the private parts will happen in the finals, Frank touches Max's private parts to get him use to it. Of course, Max doesn't like it and snaps at Frank for him to stop. Max is then told by the former champion, who has been through the process before, that he needs to go to his "zen place" while it happens so he can get through it. More attempts are made by Frank to touch Max's private parts, but Max is still having trouble letting it happen and keeps snapping at him.

The scene in question took place about an hour into the movie; the former champion, Philippe (voiced by Stanley Tucci), refers to the inspection as "the hardest part" of the competition and advises him to go to his "happy place," not his "Zen place." But while Frank is seen approaching and reaching for Max's genitals, Maldonado did not mention that the agent is as visibly reluctant to administer the "test" as Max is to receive it, both before the final and during the actual competition. She also wrote:

The day of the finals come and if Max doesn't let his private parts be touched, he may lose the competition and any hope of finding the kidnapped panda. It all rests on his ability to let someone touch his private parts. The judge's hands slowly reach behind Max and he goes to his "zen place". He's flying through the sky, dancing with his partner, there are fireworks and flowers-everything is great-all while someone is touching his private parts.

Global Road Entertainment did not respond to our request for comment. However, the company did address the online criticism in a statement:

The dog show judging in this film is depicted completely accurately as done at shows around the world; and was performed by professional and highly respected dog show judges. Global Road Entertainment and the filmmakers are saddened and apologize to any parent who feels the scene sends a message other than a comedic moment in the film, with no hidden or ulterior meaning, but respect their right to react to any piece of content.

According to Brandi Hunter, a spokesperson for the American Kennel Club, the movie inaccurately depicts this aspect of confirmation dog shows, competitive events that have been held for more than 130 years. She specifically noted that "no fondling" of the animal takes place during actual events.

"The purpose of the dog show is to be a forum for the evaluation of breeding stock, thus only intact purebred dogs are eligible for competition," she told us. "The Judge must be able to feel and determine the dog has the potential to reproduce, (i.e. is not neutered.)"

In the competition scene, Frank is seen worrying as a judge approaches to inspect Max. The camera, again, does not show any contact. Instead, viewers are shown a mini-flashback sequence recounting interactions between Max and other characters, including Philippe's advice that he "go to [his] happy place." The short sequence concludes with a parody of the music video for "(I've Had The) Time Of My Life" from the film Dirty Dancing. After the inspection, Max tells Frank, "I went to my happy place and I gotta say, you're an incredible dancer."

We do see how that evaluation could be a bit much for children when it is heavily emphasized or focused on. In our shows it is not put on display in that manner. It is done in a discreet manner that is not obvious to the general public nor the discomfort of the dog. Many people are not even aware it is being done and that is the intention. It is in no way detrimental to the experience of the thousands of families that visit our show each year.

The inspection is not mentioned for the rest of the movie; but in a chase scene later on, Frank is lifting Max from behind when the dog tells him, "Be lifting back there, not squeezing." That instance of Max's vocally expressing a boundary was not mentioned in Maldonado's review of the movie.

Two days after her post was published, the film was denounced by a religious advocacy group, the National Center on Sexual Exploitation, which called on Global Road to stop distributing the movie and re-cut it. The group's statement also included a link back to Maldonado's review.

We all have a responsibility to ensure the safety of our children. In the era of #MeToo, as more and more survivors of sexual assault and child sexual abuse are sharing their stories, it is irresponsible to make light of these situations, especially in a PG film meant for children and teens.

Fry told us that in looking at the blowback against the movie, she imagined that the writers did not imagine the "inspection" scenes to be anything more than a funny plot device. But while creators should not underestimate childrens' understanding of the media they consume, she added, parents should not be afraid to engage their kids in discussions about it.

"You can't ever assume that the child is getting the meaning you're getting as an adult," she said. "But if you feel uncomfortable then you have to start asking some questions."

At the same time, though, she encouraged parents to develop their own media literacy skills and not fully rely on any particular web site as their sole source of information about a movie.