If the Interior Department proposal is authorized, Obama-era regulations banning sport hunting practices such as bear-baiting in Alaska's national preserves will be rolled back. 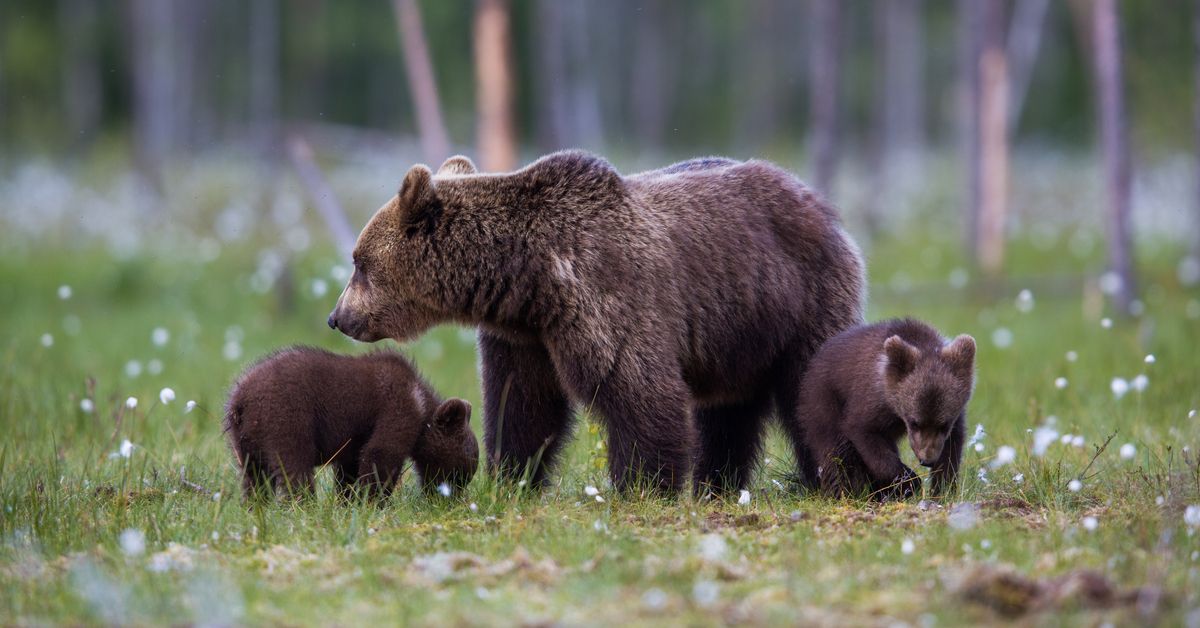 The United States Department of the Interior is proposing changes to National Park Service (NPS) rules that will remove federal prohibitions on sport hunting practices, such as taking bears with bait and killing bear sows and cubs in their dens on national preserve lands in Alaska.

Environmental and wildlife protection groups are condemning the May 2018 proposal, which would roll back regulations put in place under the Obama administration to enforce federal statutes pertaining to predator management in national parks and preserves. In 2017, President Donald Trump signed legislation overturning an almost identical U.S. Fish and Wildlife Service directive that applied to federally-managed wildlife refuges outside of national parks.

Practices that would no longer be federally banned after the NPS rule change include:

- Taking wolves and coyotes (including pups) during the denning season

- Shoot swimming caribou from a boat under power or otherwise

In a 22 May press release, the Sierra Club disparaged the rollbacks as "unpopular and dangerous political moves" on the part of Interior Secretary Ryan Zinke, who oversees the National Park Service:

Targeting cubs and mothers through baiting and other extreme hunting measures has no place on our public lands. Zinke is undermining science-based wildlife management and the basic premise of public lands as places for wildlife conservation. This decision overrides fundamental national environmental safeguards in the name of narrow interests.

Across the country, wildlife refuges and other public lands support an amazing array of wildlife, recreation opportunities and outdoor economies. Allowing extreme and unsafe hunting practices in these places directly works against the very purpose they serve.

Verbiage in the proposal says the rule changes are needed to align national preserve hunting regulations with Alaska law, in furtherance of Zinke's directives calling for improved NPS collaboration with state partners and expanded access for recreational hunting on public lands. It disputes the Obama administration's contentions that the banned practices interfere with natural predator-prey dynamics, could pose a public safety hazard, and are inconsistent with federal law. It says the states have primary jurisdiction over wildlife management within their boundaries.

Indeed, the rollback seems to have more to do with settling the question of who has the final authority to manage wildlife on federal lands than whether or not Alaska's hunting regulations are sustainable and compliant with U.S. law.

In 2017, Alaska officials filed a lawsuit challenging the National Park Service's hunting prohibitions on the grounds that they unlawfully pre-empted the state's authority. "These federal regulations are not about predator control or protecting the state's wildlife numbers," Alaska Attorney General Jahna Lindemuth said in a press release. "These regulations are about the federal government trying to control Alaskans' way of life and how Alaskans conduct their business." When Rep. Don Young (R-Alaska) introduced legislation to overturn similar prohibitions adopted by the U.S. Fish and Wildlife Service, he termed them an "illegal jurisdictional power grab."

Alaska officials point out that some of the hunting practices banned under the 2015 NPS rule are also prohibited under Alaska law, or allowed only under special exceptions granted for subsistence hunters (exceptions also recognized, in some cases, under federal law).

For instance, state regulations prohibit disturbing dens while bear hunting and expressly forbid sport hunters from "tak[ing] black or brown/grizzly bear cubs or sows accompanied by cubs. However, taking bears and/or bear cubs at den sites is allowed "in a limited area where it is a customary and traditional practice, and is limited to subsistence only," an Alaska Department of Fish and Game FAQ states. A similar exception, restricted to "federally qualified subsistence hunters," exists under federal law.

State regulations allow the use of dogs for hunting black bears, but only with a special permit issued at the discretion of the Fish and Game Department. Brown and grizzly bears cannot be hunted with dogs.

Another controversial practice, aerial hunting from airplanes or helicopters, is prohibited to all hunters for all species under Alaska law, although it is used in predator control programs conducted by authorized state workers. However, there are no state-run predator control programs in force on any NPS lands, Alaska wildlife officials say. They reject the claim, which was cited as a justification for the NPS hunting prohibitions, that any of the disputed practices are — or were — related to predator management on national preserves.

Although the proposed rule change is arguably less dramatic than either side has portrayed it, it is nonetheless consequential in terms of how federally-owned lands are managed, for what purposes, and by whom.

In addition to calling for an environmental assessment to determine whether it will have any significant impacts on wildlife or other resources before it is adopted, the proposal mandates a public comment period of 60 days, beginning on the date of publication (22 May 2018).

Detailed instructions for submitting comments may be found here.

U.S. Department of the Interior.  "Federal Subsistence Management Regulations for the Harvest of Wildlife on Federal Public Lands in Alaska."   2016.